Four vehicles damaged in accident at 2nd and Locust 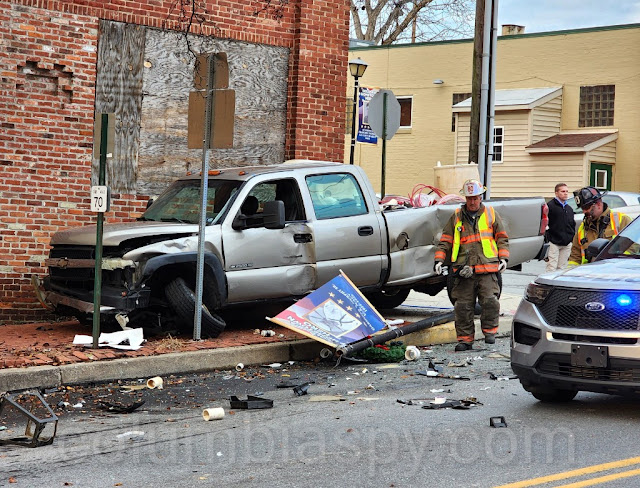 Emergency crews responded to a vehicle accident near the intersection of 2nd and Locust after receiving the call at 3:40 p.m. Friday.
Four vehicles were damaged in the accident. A silver Chevy pickup truck, which narrowly missed hitting the old chip factory building, came to rest on the sidewalk. A lightpost holding a veteran's banner was knocked down.
A parked Saturn sedan was apparently sideswiped by a white Hyundai SUV that came to rest against the rear of another parked car farther down Locust Street, near the Lazy K building. The Hyundai had front and rear damage, and its airbags were deployed.
More details will be posted as they become available. 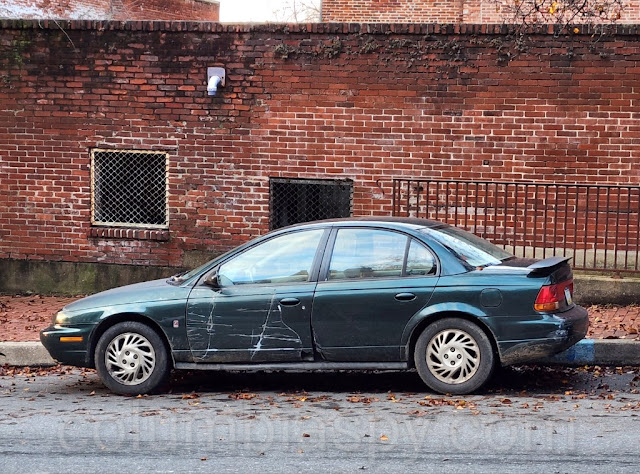 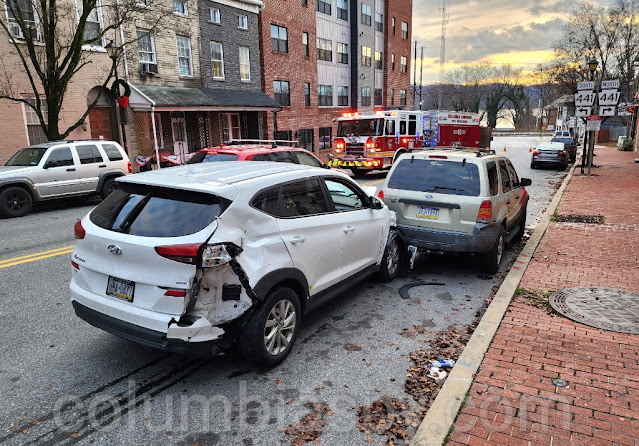 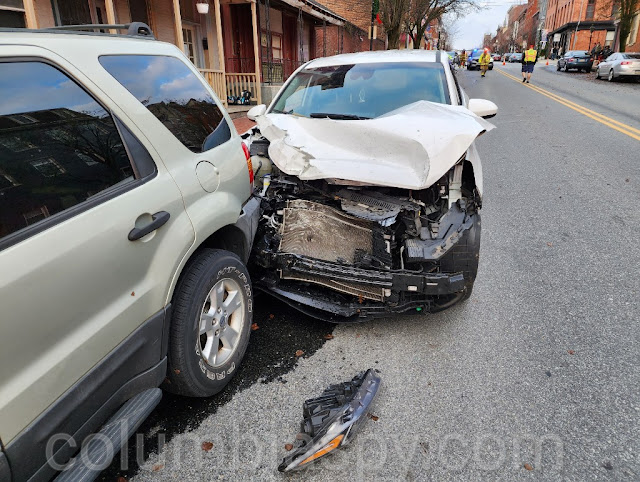