The Columbia Cat Action Team (CCAT) has trapped 97 cats this year since June in its Trap/Neuter/Return (TNR) program. Dee Henry, who traps for the group, shows how it's done:

Dee typically brings several traps in her own vehicle to the trapping site and then lines them with newspaper. The traps are provided by Columbia Borough. 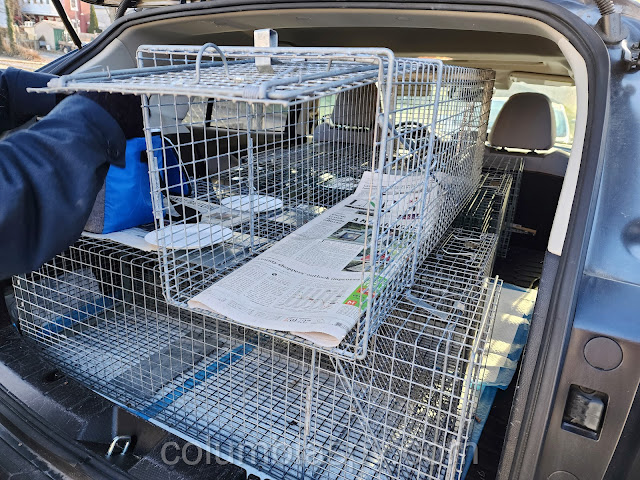 After a trap is lined, she places food inside. 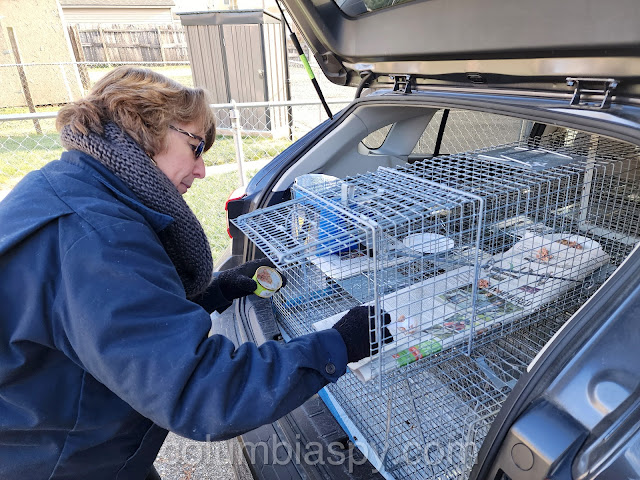 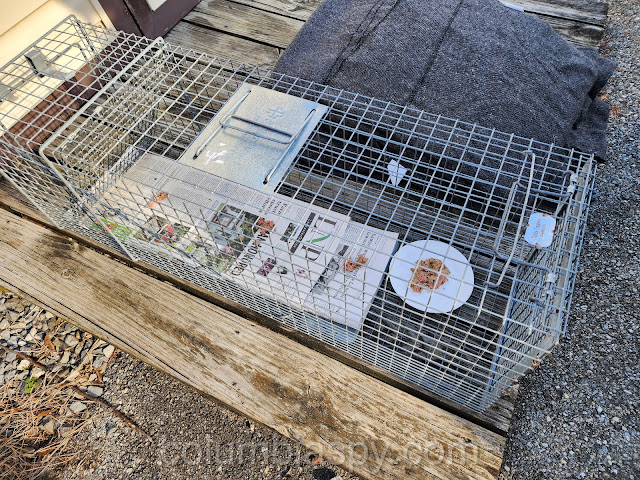 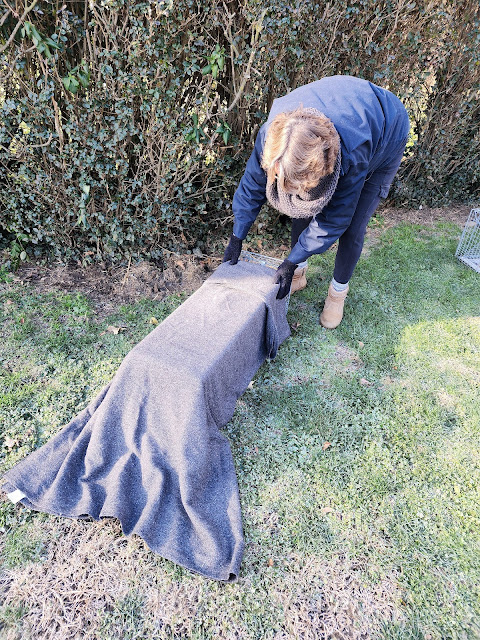 She then covers each trap with a blanket to disguise it and help calm a cat after it's trapped.
The final step is setting the trap, as shown here.

After a cat is trapped, it is held overnight in a CCAT member's garage with other cats trapped that day. In the morning, a volunteer transports the cats to the York SPCA for spaying/neutering. While there, cats also receive rabies and distemper shots. All cats are ear-tipped (left ear) to show they've been fixed. A volunteer then picks up the cats in the late afternoon and takes them to a member's garage to be held overnight until the effects of anesthesia wear off. Finally, the cats are returned to the location where they were originally trapped.

CCAT, which currently has about 15 members, meets monthly to identify potential trapping locations in the borough. Alan Landsman chairs the committee.  The public is invited to the next meeting on January 11, 2023 at 5:30 p.m. at the Watch & Clock Museum.