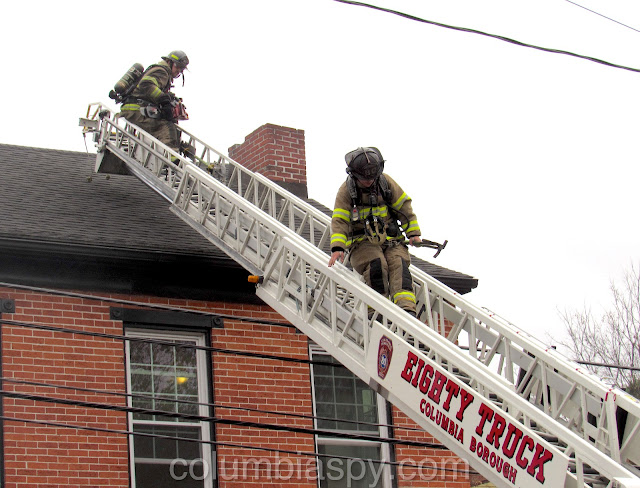 Crews from several fire companies responded to a fire call at 1:18 this afternoon at North 2nd & Walnut. Occupants of an apartment building located there were evacuated to the other side of street on 2nd, and a fireman retrieved a dog from the premises and placed it in one of the trucks. The dog, which had been found wandering on the roof of a side porch, appeared unharmed. Firefighters quickly ventilated the building. The cause of the fire was reported to be a stove. No injuries were reported.
The same building suffered a fire on Easter Sunday 2017, as Columbia Spy reported HERE. 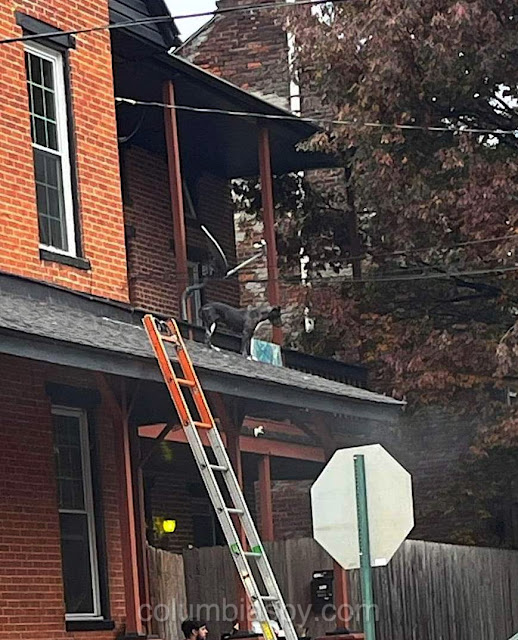 A dog was found on the roof of a side porch (above).
[Photo submitted by Leslie Deeg Fritz] 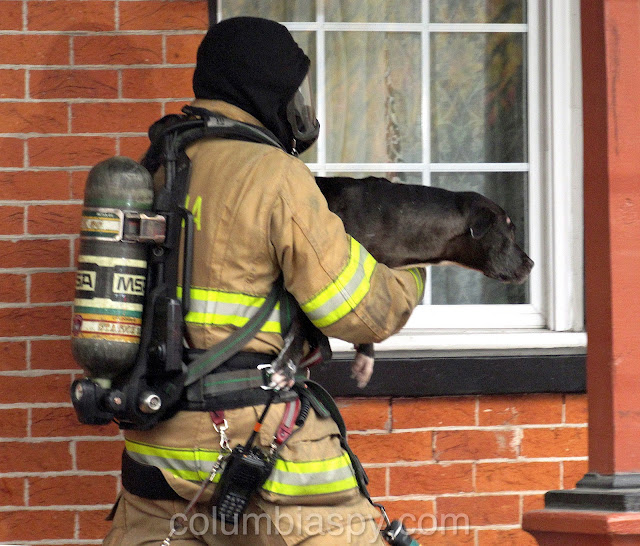 A firefighter retrieved the dog and temporarily placed it in one of the trucks. 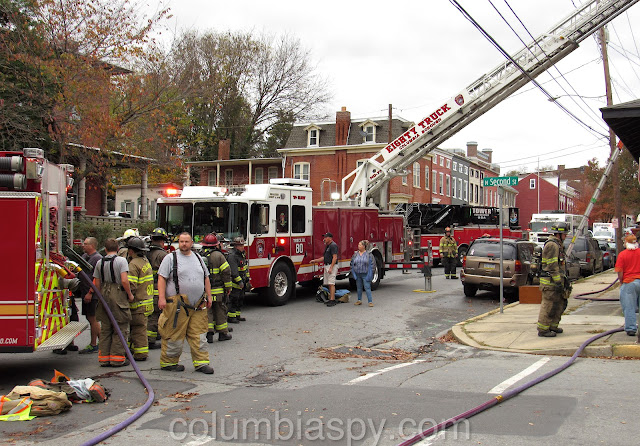 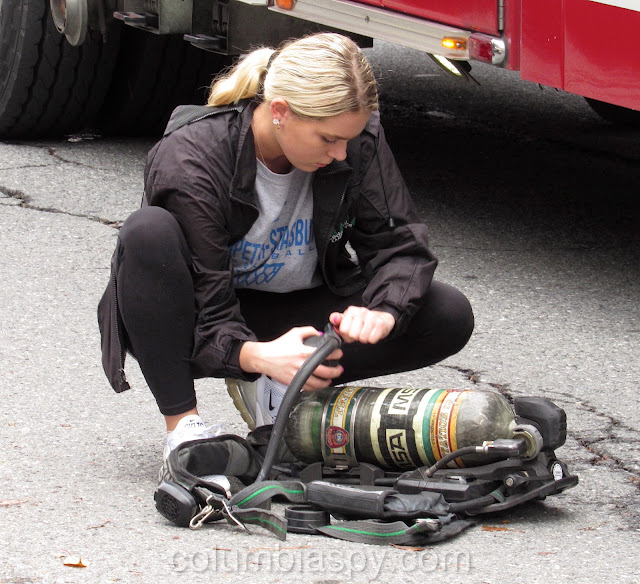 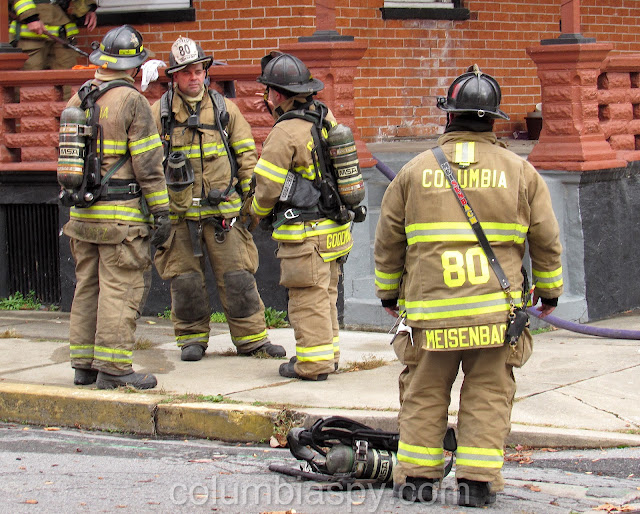 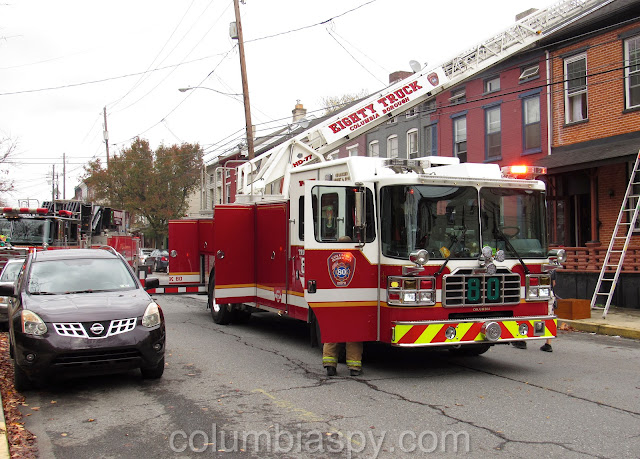 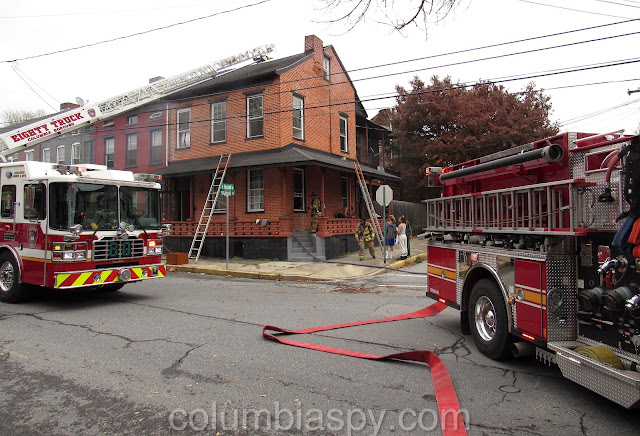 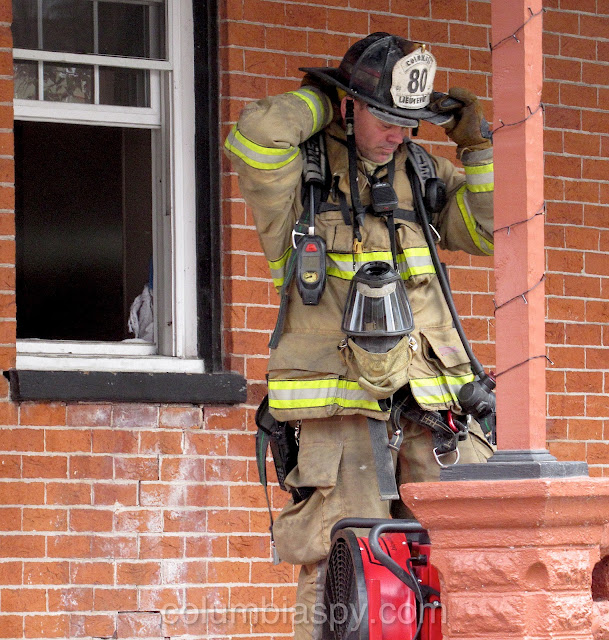 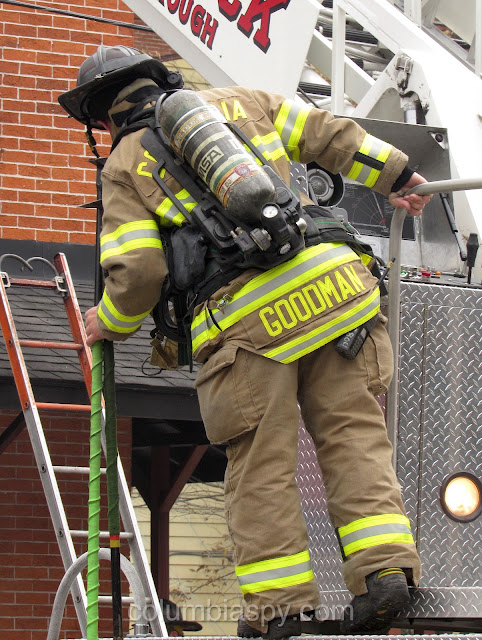 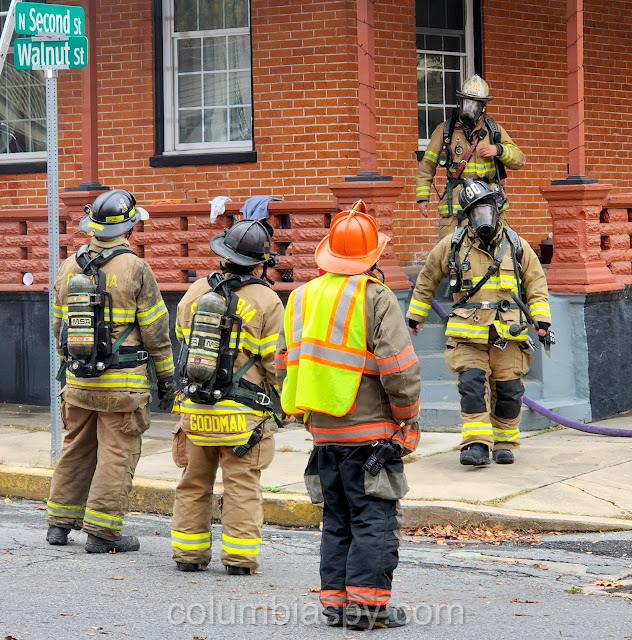 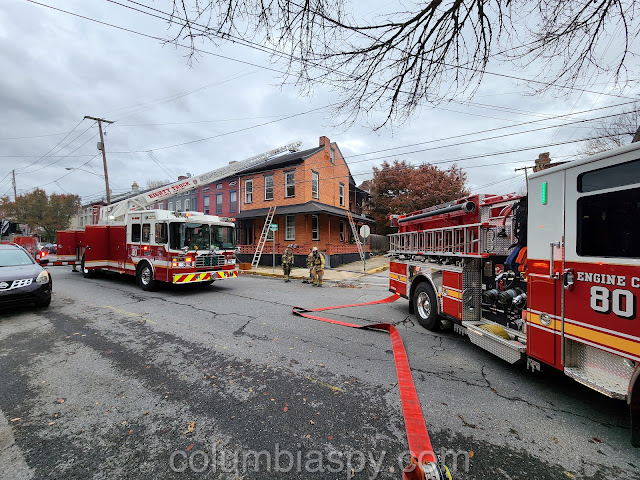 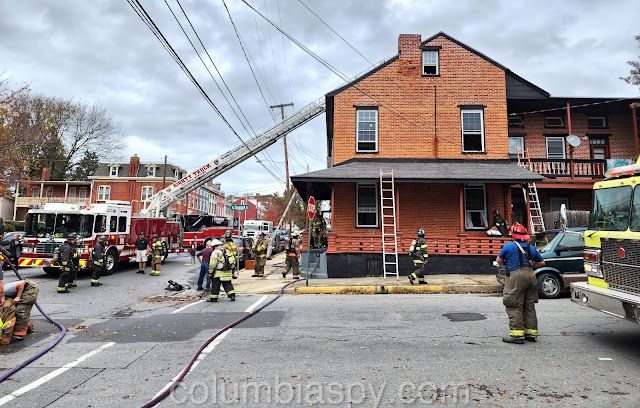 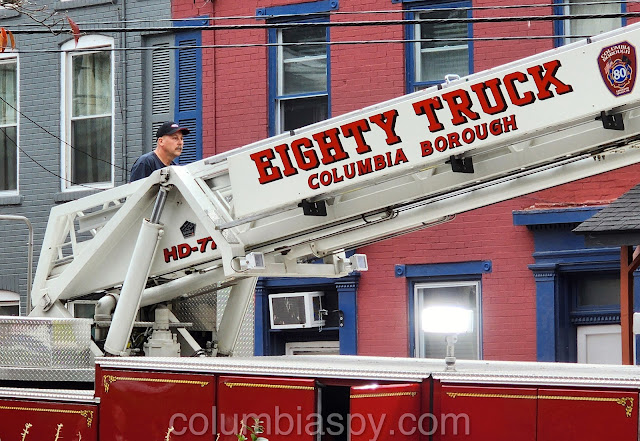 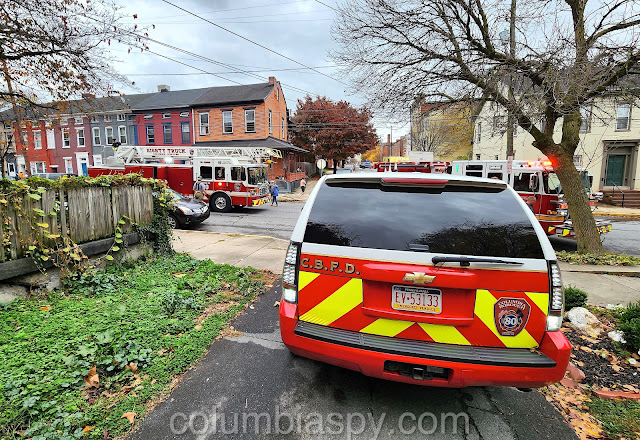 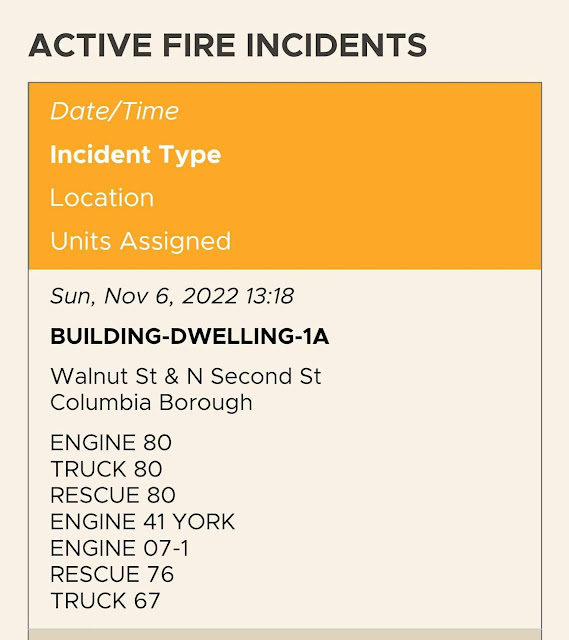