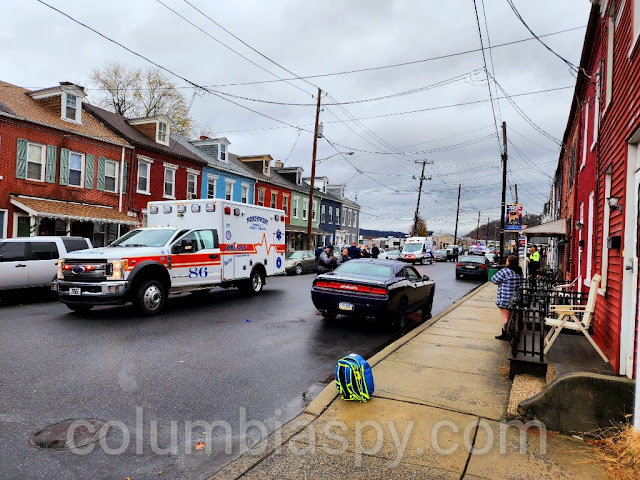 The Lancaster County coroner's office was called the the scene of a medical emergency, reportedly a shooting involving two people, late Wednesday morning in Columbia.

Coroner Stephen Diamantoni confirmed his office was called to the scene but said he could not provide further details. Scanner broadcast communications indicated at least two people were shot, one fatally.

According to Lancaster Countywide Communications, emergency crews responded to the 200 block of North Second Street near Bridge Street around 10:48 a.m. The area is residential, near the Columbia-Wrightsville Bridge.

This is a breaking news story and will be updated.