Columbia man charged with multiple felonies; was video recorded sexually assaulting a child, according to police 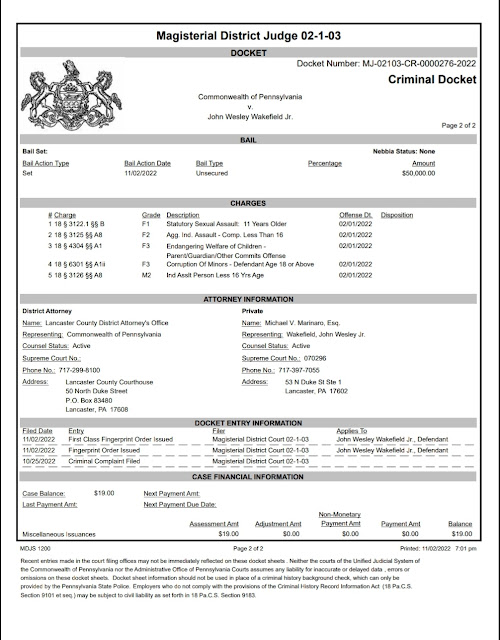 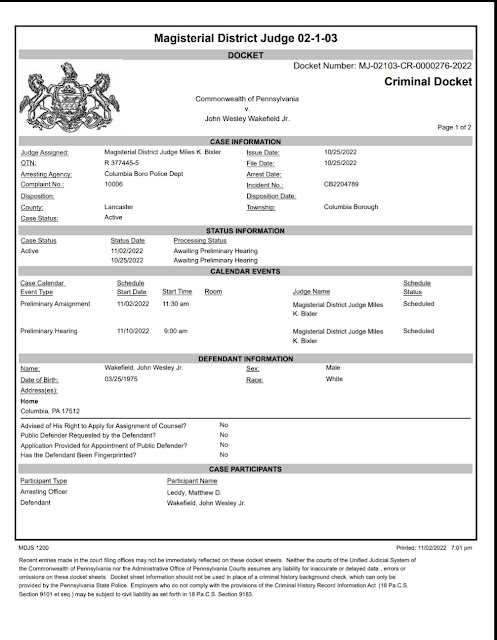 A 47-year-old man sexually assaulted a girl he knew for eight months this year and and saved video of the abuse on an SD card, Lancaster County police said in court documents.

A Columbia neighbor of John W. Wakefield’s obtained the SD card and turned it over to borough police at the end of September, while voicing concern about the welfare of two children to which Wakefield had access, according to an affidavit of probable cause.

The video on the SD card showed Wakefield molesting a girl in a bedroom in his home, according to the affidavit.