During a Columbia Borough Council meeting Thursday night that was more animated than usual, several citizens criticized and questioned borough officials on inaction and nonresponse. 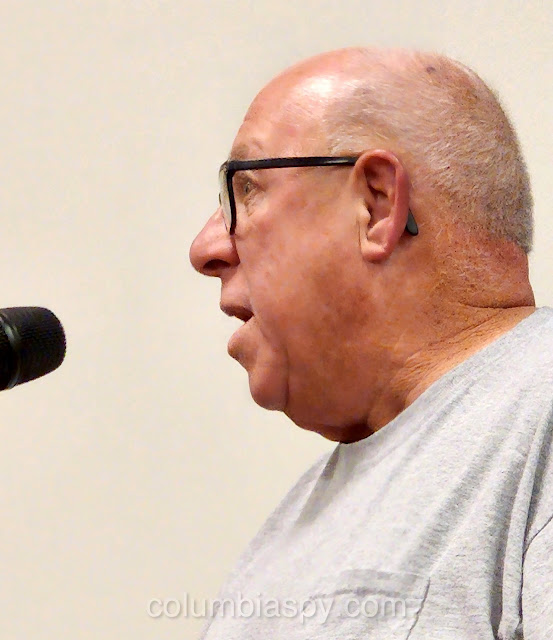 Wolpert: “I’m shootin’ the damn rat, and I when I get ahold of it, it’s coming to your house on your front porch!”
Dennis Wolpert complained about a Manor Street property that he claims is in disarray. Wolpert said the fence around the property is falling down and the yard contains high weeds and rats. He said he'd been to the codes office numerous times to ask that something be done about it. “Something has got to be done about this property,” Wolpert said. “It’s still being talked about and I’m still getting pissed off about it.” He said that when he called Council President Heather Zink, she told him, “I have drug dealers in my neighborhood, and nothing’s being done about that.”

Wolpert then threatened to shoot the rats. “If I have to get my .22 out and I see a rat down there, I’m shootin’ the son of a bitch.” He said he didn’t care if he gets arrested [due to violating the borough’s ordinance about discharging firearms in town]. “I’m shootin’ the damn rat, and I when I get ahold of it, it’s coming to your house on your front porch!” he told Zink. Wolpert told council that if nothing is done about the problem it will be handled differently with “a different set of people, not from this town.” 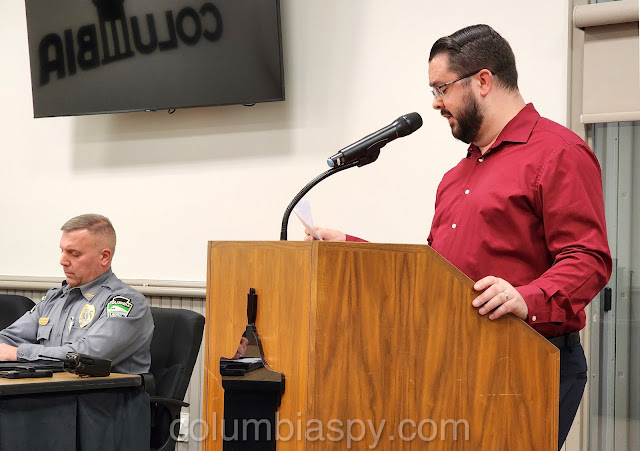 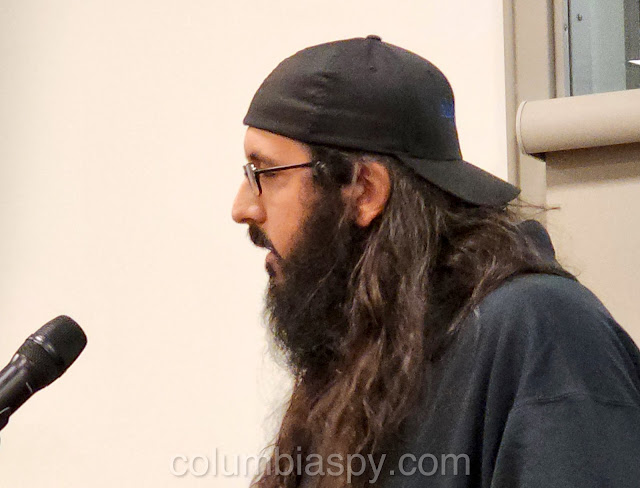 Dreisbach: “As gentrification occurs in the Borough of Columbia, more and more people are going to be unhoused, and we’re going to have a much larger problem."
Chris Dreisbach, CEO of Blueprints for Addiction Recovery, handed out copies of a letter to council that he’d previously sent to Borough Manager Mark Stivers and Mayor Lutz. He said he had received “zero response” from either of them. Dreisbach told council that he has experienced homelessness and suffered from addiction and now has a big passion in his heart for helping folks who are struggling. He said he was “over-dismayed” by the comments (from Zink and Councilman Eric Kauffman) in a recent LNP article, leading him to write the letter, in which he offered his services, resources, and personal time to make sure unhoused individuals have resources. (Columbia Spy posted the letter HERE.)

“As the economy continues to backslide a little bit, how far are you guys away from being unhoused?” he asked officials. He asked if they would want help if they or their family members became unhoused. “Would you not want some kind of caring soul there to take care of them, and there to help them through that difficult time?”

Dresibach warned that Columbia’s homelessness problem will get worse. “As gentrification occurs in the Borough of Columbia, more and more people are going to be unhoused, and we’re going to have a much larger problem,” he said, adding that he is more than willing to sit with anyone to develop some level of an interdisciplinary team to address the issue. 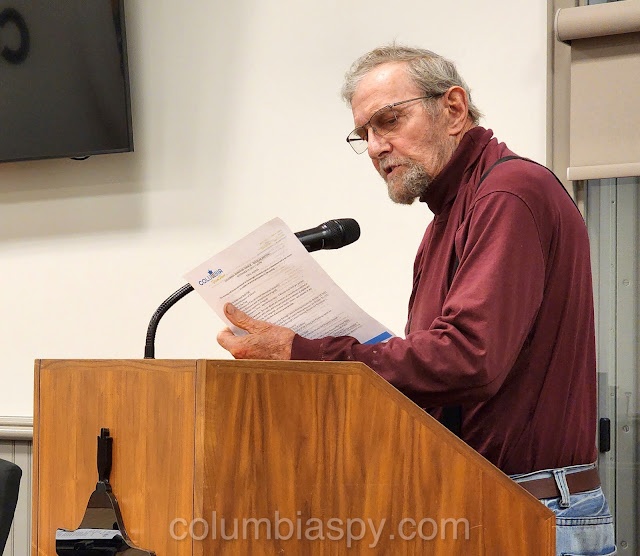