Borough manager sidesteps council on the way to a grant 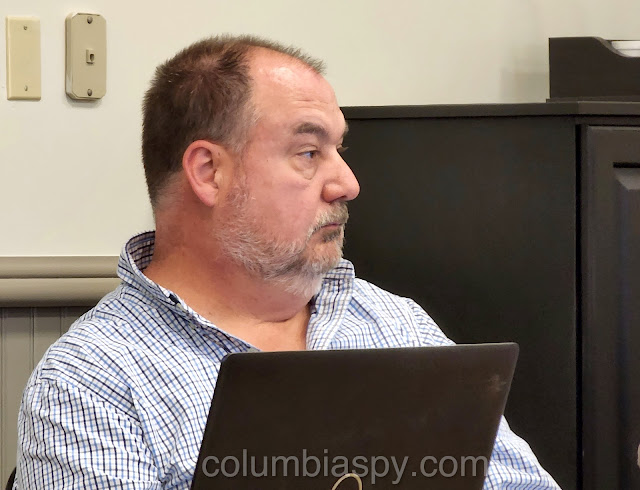 Stivers: "I don't think council ever approved it. We discussed it."
[Columbia Spy file photo]
Columbia Borough Manager Mark Stivers failed to get council approval before applying for a grant, it was revealed at last Tuesday's council meeting. Stivers requested the grant from Lancaster County's ARPA funds in the amount of $28,000 to purchase and outfit an emergency operations center.

Councilwoman Sharon Lintner noted that council normally approves applications for grants and said the proposed purchase was not brought to council for discussion, or listed as an agenda item.

"I don't remember it actually coming to council as an agenda item for discussion," Lintner said.

Stivers admitted he didn't formally bring it forward. "I don't think council ever approved it. We discussed it," he said. "That was my fault."

Lintner said that according to information she was given, the borough will need to pay for maintenance of equipment that could quickly become outdated. Stivers agreed, adding it will be outdated in five years.
In addition to the $28,000 from the county, the borough's ARPA funds will kick in $12,000, for a total of $40,000 for the purchase of the EOC which includes a trailer and technical equipment. (Columbia Spy reported on the purchase HERE.)

Lintner noted that in the past, the borough has used borough hall and a room at the borough maintenance building for emergencies. Stivers countered that the maintenance room has no cell phone reception and personnel have had to stand outside to receive a signal.

Mayor Leo Lutz added that the maintenance building was not a viable location due to regulations governing emergency operations within so many feet of railroads because of potentially hazardous materials being transported by train.
(ARPA stands for American Rescue Plan Act which provides relief funds for governments and other entities impacted by the pandemic.)