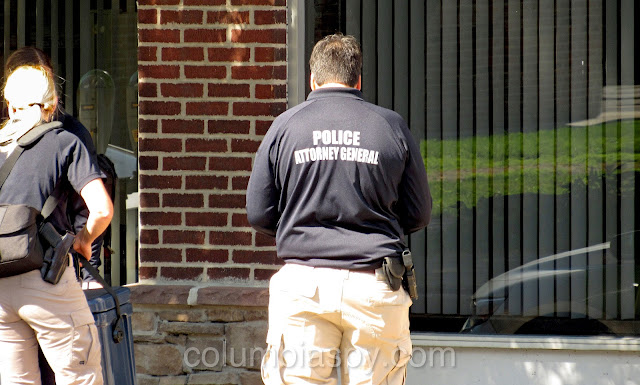 A team of armed officers was seen conducting an operation at Columbia's Qwik-Med Pharmacy on the first block of North 4th Street this morning. Witnesses report seeing at least four officers carrying boxes and computer towers from the premises for several hours between 7 a.m. and noon and loading them into unmarked vehicles. The officers' attire was marked "POLICE ATTORNEY GENERAL." The officers left the area around noon.

More information on this story will be posted as it becomes available.