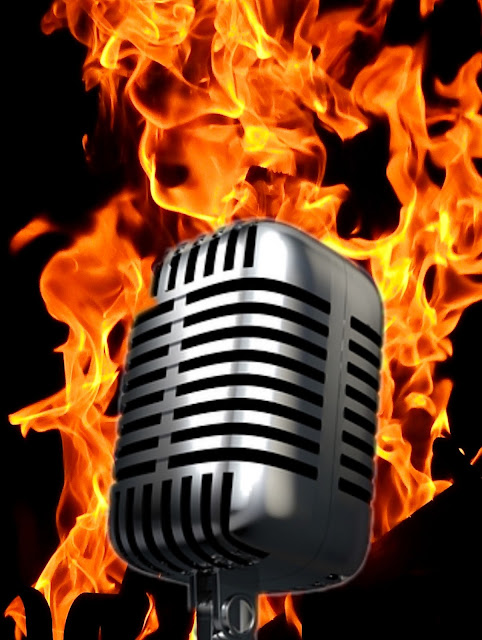 Council President Heather Zink recently criticized a resident for an online comment made on the livestream of the June 7, 2022 meeting. Zink said the comment discourages people from serving. In response to the appointment of councilman Todd Burgard's daughter as tax collector at that meeting, the citizen had posted a one-word comment: "nepotism."

Zink, who responded at the June 14, 2022 meeting, said that if the commenter didn't like the appointment, he could have run for the position or advertised for it. Zink also said there were no other candidates for the position and that's why Burgard's daughter was appointed. Although Zink didn't name the commenter, her remarks were clearly aimed at Columbia resident Joe Lintner, who posted the comment. 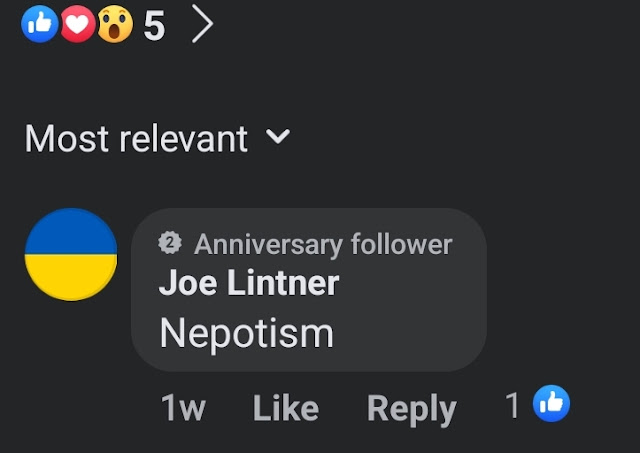 Online comment during the June 7, 2022 Columbia Borough Council livestream
The criticisms by Zink and Lutz appear to violate the borough's policy on civility and decorum, the text of which began appearing on meeting agendas a few months ago. The policy states:

Civility and Decorum: Borough officials and members of the public are expected to conduct themselves with civility and to accord each other a measure of dignity and respect. Shouting, foul language, personal insults, threats, and attacks or any conduct that disrupts the flow of business is out of order.

Councillor Sharon Lintner noted that a borough official used the same word (nepotism) in reference to the appointment of a school board director. “I heard that same word used by someone in this room regarding the school board, so I just want to put that out there, too," Lintner told those present, none of whom responded. 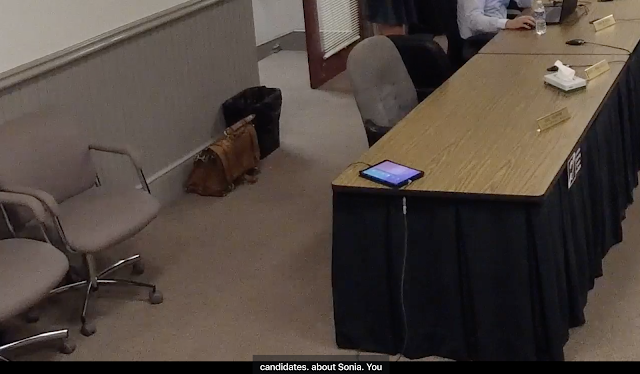 Screenshot showing the caption generated by the borough's system
After the meeting was adjourned, a brief discussion ensued regarding a school board director. The discussion was part of the livestream that was removed the day after the meeting.

The following quotes are bits of conversation that were able to be discerned. The remarks alternated between references to the tax collector appointment and the school board appointment.

Lintner, speaking to Lutz: "You said 'nepotism over qualified candidate.'" [Lintner was referring to Lutz's remarks on Duncan's appointment.]
Burgard: "There were no other candidates."
Zink: "There were no other candidates."
Lutz: "Sharon, I’ll stand by that, because I believe it was true."
Lintner: “Maybe other people thought it was true, too. I don’t know.” [Referring to the online comment.]

Zink: "Then we should have had another candidate!"

Lutz: "There were other candidates that were overlooked."

Lintner: "And I'm not arguing the fact that his daughter’s doing it at all. I don't object to that whatsoever."

Lutz: "And I also question whether that person’s actually living in Columbia." [Apparently referring to Duncan]