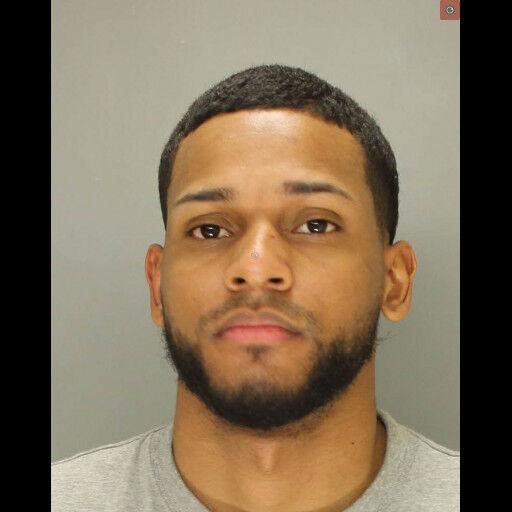 Joel Jomar Ortiz-Rivera
A jury convicted a Columbia man for shooting into an occupied car in June 2021.

The jury convicted Joel Jomar Ortiz-Rivera, 27, of aggravated assault, discharging a firearm into an occupied structure and recklessly endangering another person on Tuesday, according to a news release from the Lancaster County District Attorney's Office. The verdict came after a two-day trial.

Officers in Columbia responded to Ortiz-Rivera's home at 10:53 p.m. on June 16, 2021, for a reported weapons offense and were flagged down by a vehicle while enroute in the 200 block of North 3rd Street.A man in the passenger seat had cuts to his right arm and neck from shattered glass, according to the release. Police determined that Ortiz-Rivera shot through the vehicle's windshield on the passenger's side − the bullet then lodged itself in the frame of the front passenger-side door, "mere inches" from where the man with cuts was, according to the release.

Officers later spoke with Ortiz-Rivera and a family member, during which they saw two handguns in plain sight − one .40 caliber, and the other a 9mm, according to the release.

Police determined Ortiz-Rivera fired the shot from the .40-caliber handgun, according to the release.

Lancaster County Judge Jeffery Wright presided over the trial and kept Ortiz-Rivera's bail at $25,000 cash, which was posted in June 2021, according to the release. Ortiz-Rivera has been placed on GPS monitoring until sentencing.
https://lancasteronline.com/news/local/columbia-man-convicted-of-firing-a-shot-into-occupied-car-das-office/article_88f0a058-ee6a-11ec-8820-2febb2c3801e.html?utm_medium=social&utm_source=email&utm_campaign=user-share
Posted by Joe Lintner at 4:04 PM