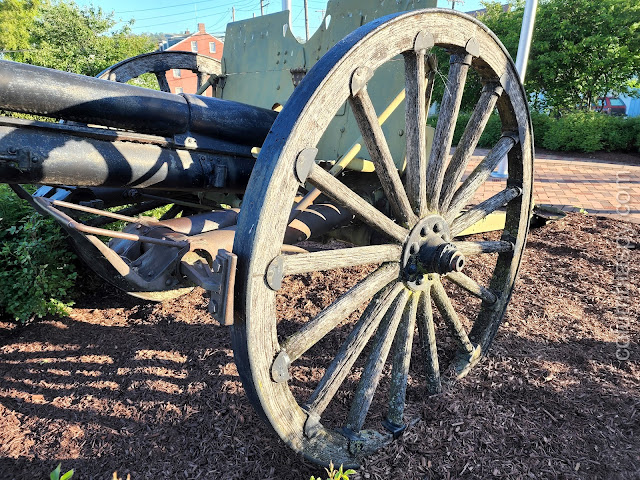 Columbia resident Butch Morrison is offering to restore a cannon at the Veterans Memorial Bridge Plaza for a $1,000 commitment from the borough. He offered the proposal at last Tuesday's Columbia Borough Council meeting.

According to Morrison, the wheels on the northernmost cannon need to be restored, a project that will take about 3 months and cost an estimated $1,800. He said he'll also paint the cannon on the south side of the plaza.

Morrison said he restored the wheels 20 years ago (along with former Lancaster mayor and cannon enthusiast Charlie Smithgall) and installed concrete pads to keep them off the ground, but moisture from mulch has damaged them again. $800 that's left over from the previous restoration will supplement the requested $1,000. Morrison is volunteering the labor for the restoration and said any funds left over from the project will be returned to the borough.

Council kicked around a few ideas on how to get the funds, but in the end nothing was decided. 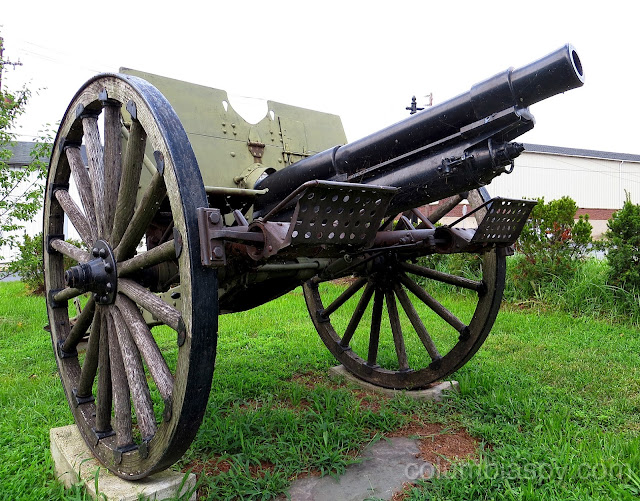 A representative of the Pennsylvania National Guard was interested in acquiring the cannon in 2014. It currently sits on the north side of the Veterans Memorial Bridge Plaza.
Eight years ago, the cannon was an object of curiosity for the United States military. At the July 14, 2014 Columbia Borough Council meeting, a representative of the Pennsylvania National Guard told council he was interested in obtaining the cannon for the Pennsylvania National Guard Military Museum at Fort Indiantown Gap. SGT Damian J.M. Smith of the PA Guard said if he couldn't obtain a similar artillery piece from Arizona, he would take Columbia's, adding that he has the authority to do so, since the cannon is federal property. To soften the blow, however, he said he could replace it with another piece, possibly a tank. In 2014, Columbia Spy reported on the issue as follows:
"SGT Damian J.M. Smith, a historian for the Pennsylvania National Guard, expressed interest in acquiring the 3-inch artillery piece that currently rests near the entrance to the Veterans Memorial Bridge. Smith asked that the borough consider a mutually agreeable arrangement for obtaining the piece, which would ultimately rest in the Military Museum at Fort Indiantown Gap. He also stated that the military could simply take it without the borough's consent, since it is still considered federal government property, but they prefer not to do so. Smith stated he is currently in pursuit of a similar but more valuable piece in Arizona and said if unable to acquire it, he would then be more inclined to take Columbia's. When asked by council how he found the piece, he replied that newly installed lights near the bridge allowed him to see it as he drove past. Council agreed to research how the borough had originally acquired the piece. One resident estimated it had been at or near its current location for about 60 years. Councillor Barry Ford directed Smith to the local 11-11-11 Club for assistance in the meantime."
The link to the article is HERE. 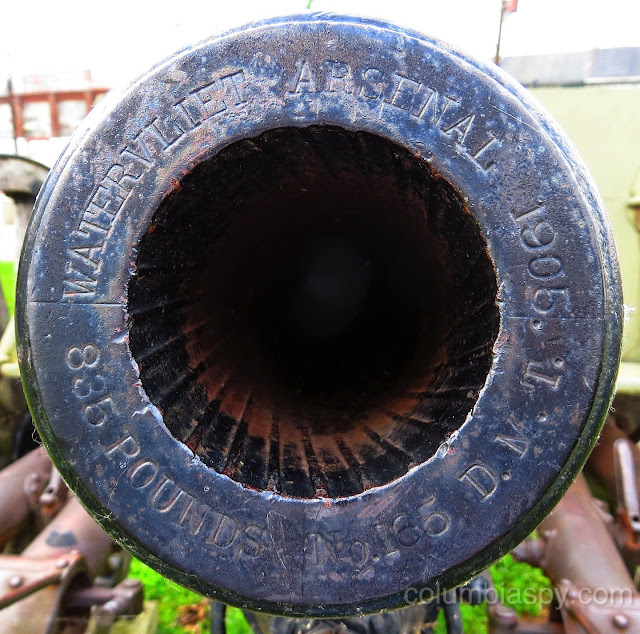 The inscription on the face of the barrel identifies the cannon as a Model of M1905 (3-inch field gun).