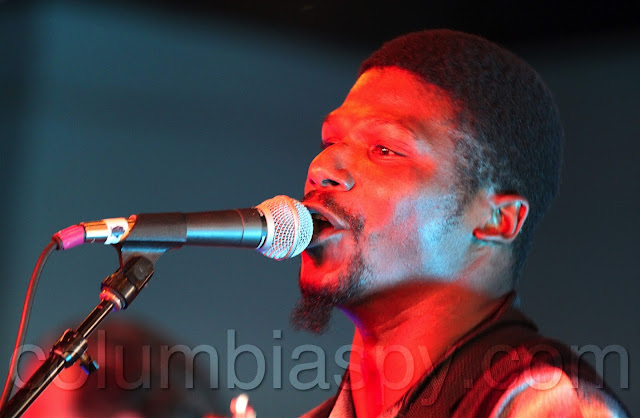 Right on Time (Remastered) scheduled for June 17, 2022 release
Apr. 28, 2022 / PRZen / LANCASTER, Pa. — Nola Blue Records is proud to announce the signing of Anthony "Big A" Sherrod, with plans for his return to Right Coast Recording Studio, Columbia, PA, to record a new studio album.  His debut release, Right on Time, was named "Best Debut Blues Album – 2016" by Living Blues magazine, and also appeared on the Living Blues "Thirty of the Very Best Blues Albums of the 2010s" list compiled by Jim DeKoester. Produced and recorded to analog tape by Bobby Gentilo at Right Coast Recording, Sherrod demonstrates his musical prowess along with The Cornlickers, band of the late Big Jack Johnson, providing the rhythm section. Now remastered by Gentilo, Right on Time (Remastered) will be available worldwide beginning June 17, 2022.

A lifelong resident of Clarksdale, Mississippi, Sherrod continues the proud legacy and tradition of the Delta Blues of his birthplace as a recording artist and international touring musician. First introduced to music in the church as a very young boy, his father, E.J. Johnson, was a gospel singer. Godson of Big Jack Johnson, Sherrod learned all facets of his craft at the feet of a master. He wrote the title track and appeared in the 2012 documentary, We Juke Up In Here, an inside look at the historic juke joint culture of the south. Sherrod is also featured on the Red's Juke Joint Sessions 2 album, released in 2014.

"It was a powerful reaffirmation of the core values of Nola Blue to be on hallowed ground in Clarksdale with Big A for his signing," says Sallie Bengtson, label president. "We look forward to working with him on the continued development and expansion of his rightful place in living blues history."

"The deep traditions of Mississippi Blues can only continue and grow through contemporary artists when they are valued and supported. Having worked with Big A for the past 20 years, I am very excited for him to have this well-deserved opportunity," says Bobby Gentilo, producer. "We've got some exciting new music on the horizon, and we can't wait to record it!"