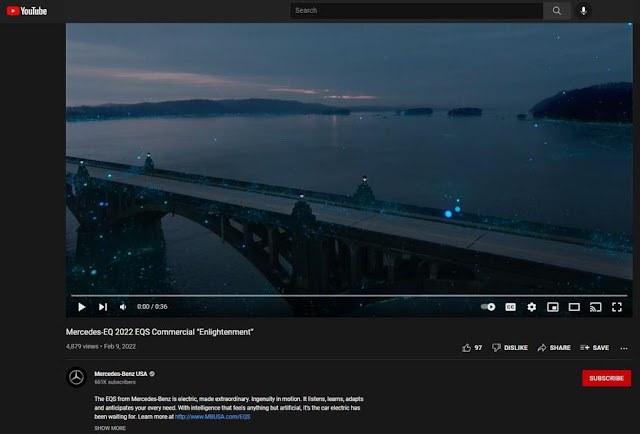 A screenshot from the Mercedes Super Bowl ad featuring drone footage of the Veterans Memorial Bridge from father-son team Eric and Nathan Wenger of Lititz posted on their 717 Drone Guys Facebook page.
[Facebook]

The official numbers aren't in yet, but experts estimate that more than 100 million viewers watched the 2022 Super Bowl.

That means millions must have seen the Mercedes-EQ commercial featuring a shot of the Veterans Memorial Bridge that connects Columbia and Wrightsville, filmed by Lititz residents Eric Wenger and his son Nathan.

But, despite having the game on, Wenger wasn't one of them.

The aerial footage of the Veterans Memorial Bridge, which Wenger shot on the morning of Dec. 31, 2018, opens the Mercedes commercial and lingers there for about two seconds before moving on the next shot.

Wenger and his son Nathan have been shooting, editing, posting and selling drone clips on sites like Shutterstock and Pond5 as 717 Drone Guys since Eric received a drone as a 40th birthday gift from his wife, Kristin, five years ago.