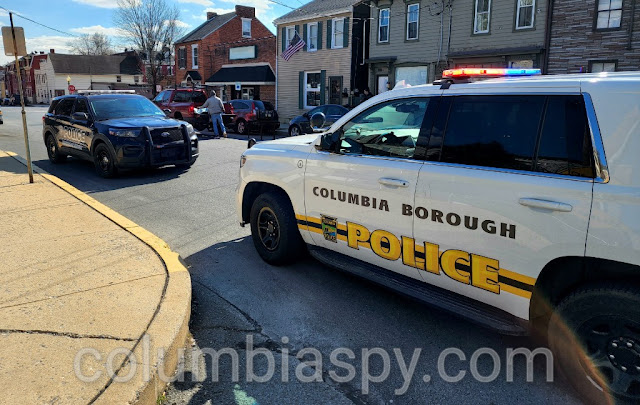 Columbia Borough and Susquehanna Regional Police responded to Saturday's shooting.
Columbia Borough and Susquehanna Regional Police responded to a report of a shooting at 410 Locust Street at 12:45 p.m on Saturday.
According to a Columbia Borough Police report, a 21-year-old male was shot in the leg and was transported via ambulance to Lancaster General Hospital, where he was treated and released.
Subsequent investigation determined that it was not a random act of violence and there is no concern for the public, according to the report.
The shooting occurred in the middle of Columbia's "market day." There was another shooting in August 2021 at the same building, which is also home to Sunrise Kids Daycare Center.
Anyone with information regarding the incident should contact Columbia Borough Police at 717-684-7735. 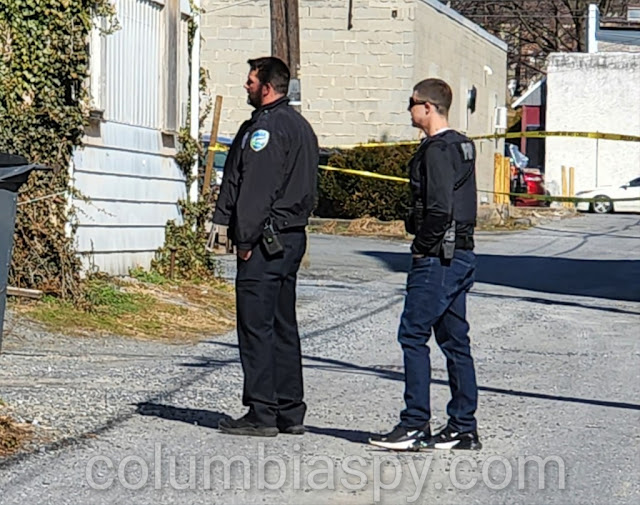 Susquehanna Regional Police officers stand at the rear of 410 Locust Street on Saturday.