It’s time to honor Columbia's Stephen Smith, once the richest Black man in the U.S. | Opinion 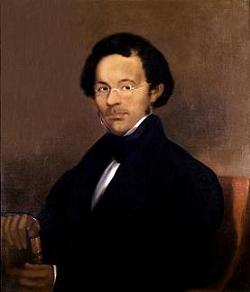 Stephen Smith was born around 1795 in Dauphin County, Pa. He was sold at a young age and was taken to Columbia, Pa. His mother, Nancy Smith, escaped to rescue him and was pursued by the woman who owned her. When her owner tried to forcibly remove her, Stephen's new owner, along with some Columbia residents, stood with Nancy, and she stayed with her son. This event galvanized the region and is considered by some historians to be a turning point in the start of the Underground Railroad. It also had a profound effect on the young Smith.
MORE:
https://www.inquirer.com/opinion/commentary/stephen-smith-black-history-philadelphia-20220211.html?utm_source=email&utm_campaign=edit_social_share_email_traffic&utm_medium=email&utm_content=&utm_term=&int_promo=
Posted by Joe Lintner at 6:11 AM