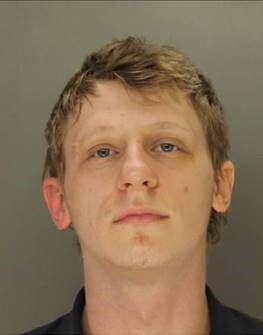 A Columbia man pointed a handgun and demanded money from a clerk at a Mount Joy convenience store early Monday morning, according to Mount Joy Borough police.

Douglas Wayne Nogel Jr., 22, produced the gun and demanded the money while robbing a Turkey Hill store at 703 East Main Street at 4:56 a.m., according to an affidavit of probable cause.

Nogel pulled the gun from his waistband and pointed it at the clerk, pulling the slide back to make it appear as though he was loading the firearm, then demanded money from the cash register, police said. Nogel later admitted to pulling out the gun to scare the clerk.

The affidavit did not state if Nogel was given any money.

MORE:
https://lancasteronline.com/news/local/columbia-man-robbed-mount-joy-convenience-store-at-gunpoint-police/article_0b93394a-892f-11ec-b0df-e39677340f14.html?utm_medium=social&utm_source=email&utm_campaign=user-share
Posted by Joe Lintner at 11:21 AM