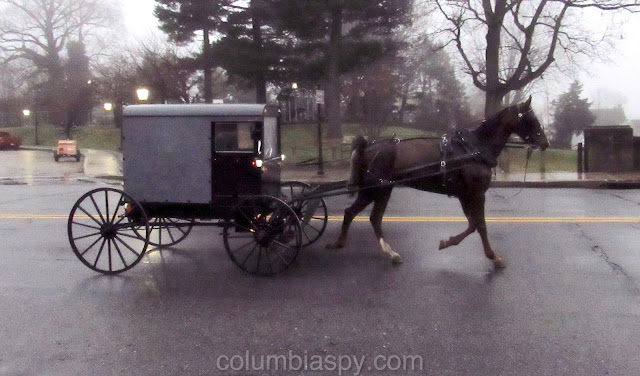 Horse & carriage on a foggy morning, down at the bridge plaza 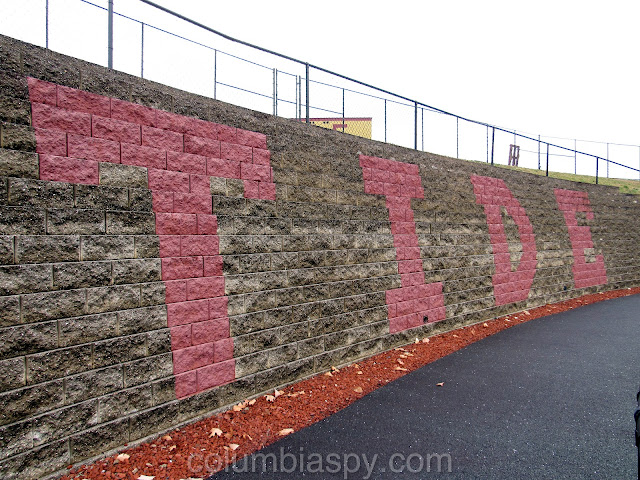 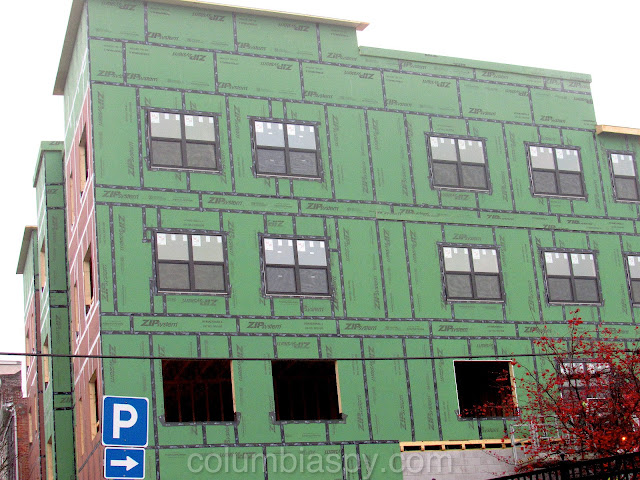 The windows are going in at Locust Street & Bank Avenue. 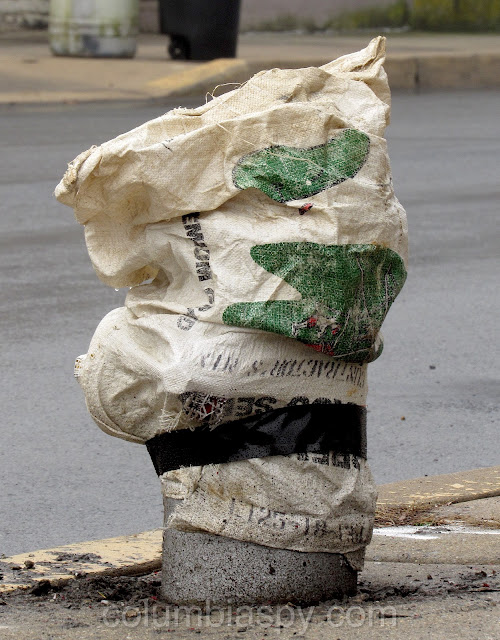 Still a problem at Plane & Manor?
What appeared to be an alien invasion turned out to be a group of luminaries.
They appeared to have been released from Columbia River Park. 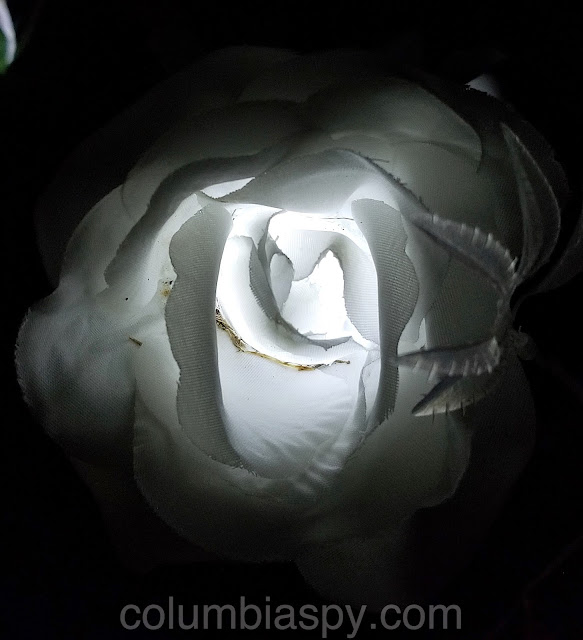 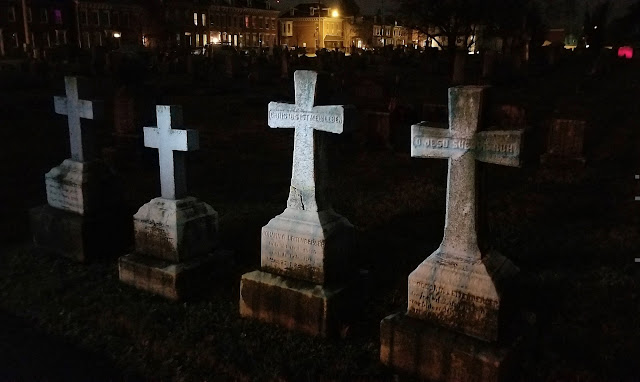 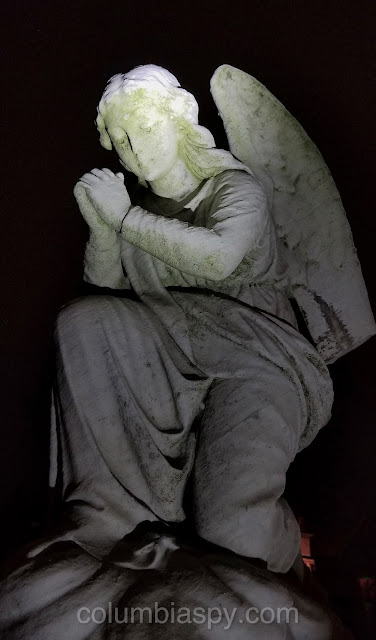 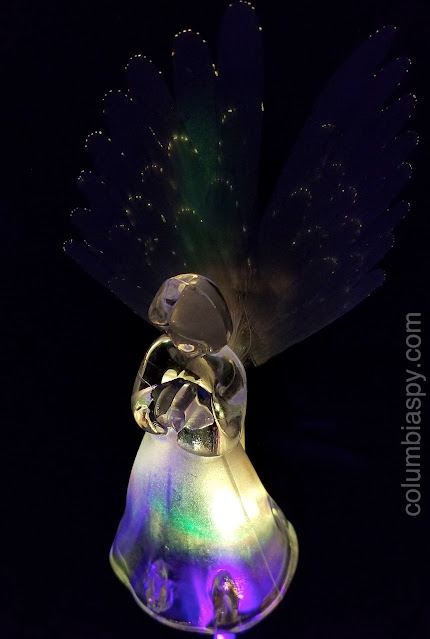 Another angel at Laurel Hill 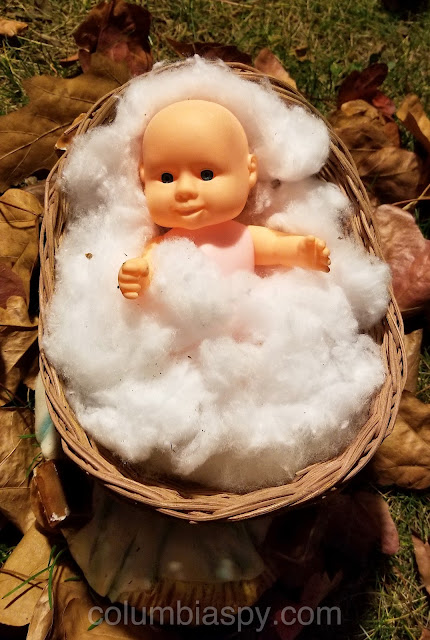 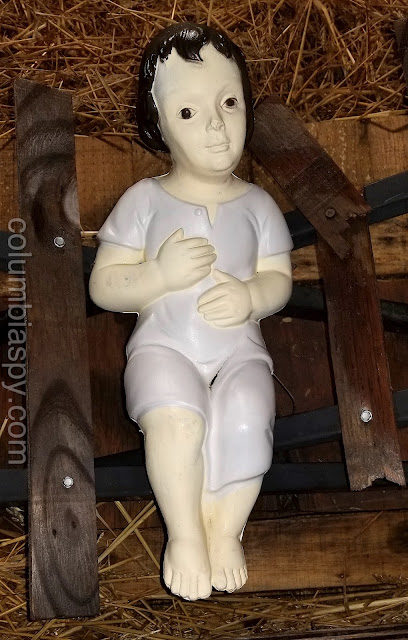 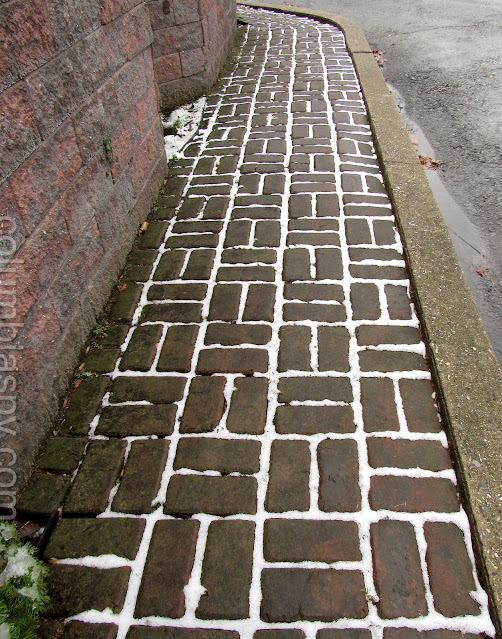 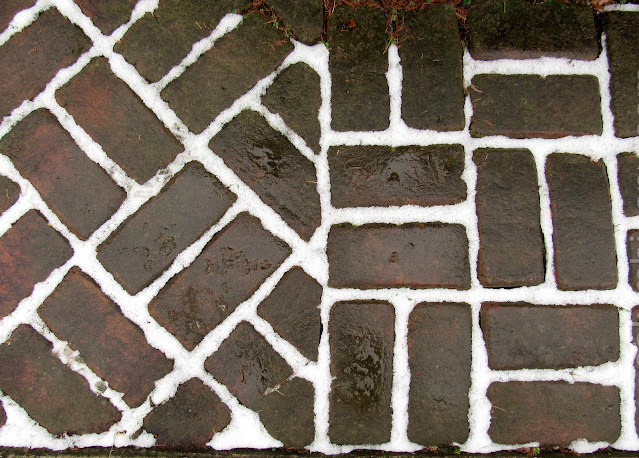 We got a slight dusting of snow earlier in the week.
Speaking of the weather, it was very foggy this past week . . . 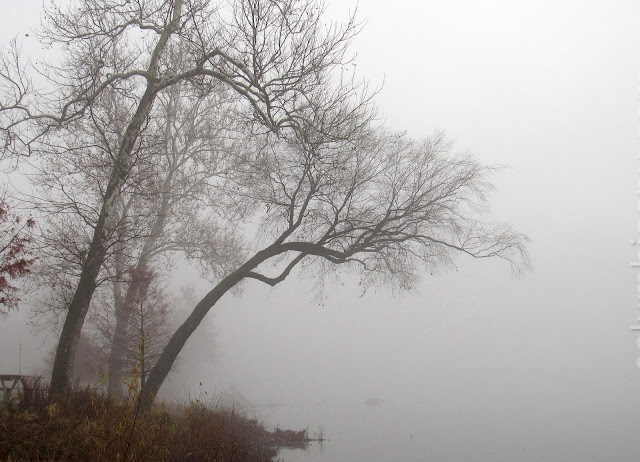 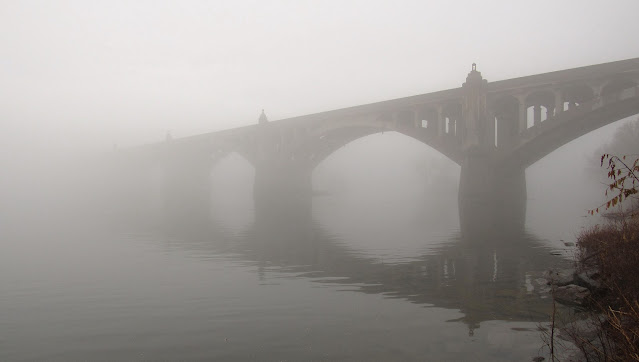 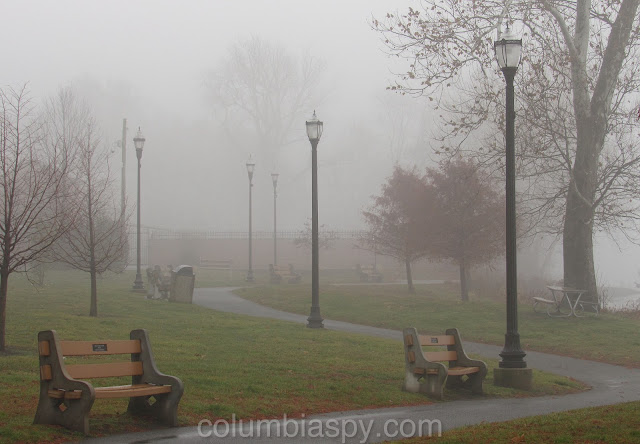 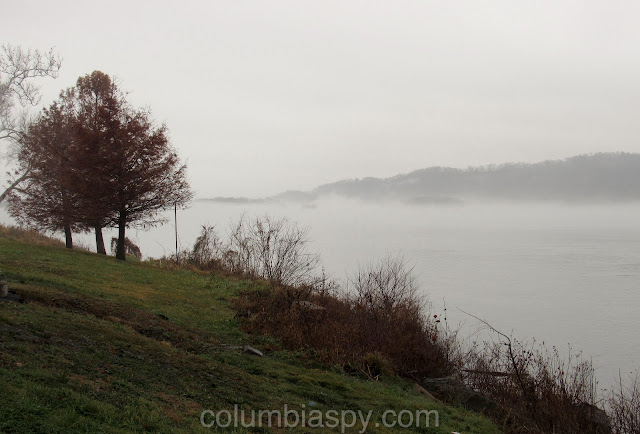 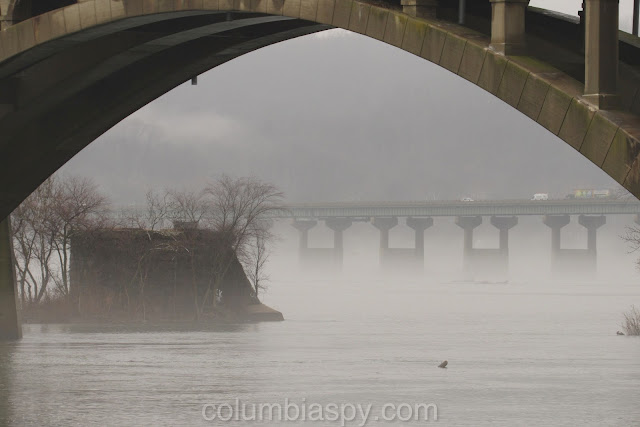 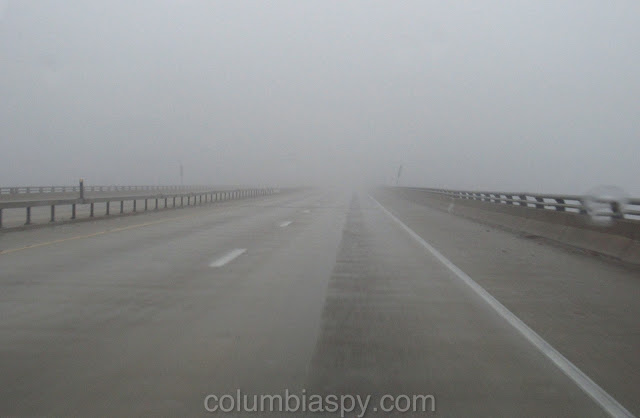 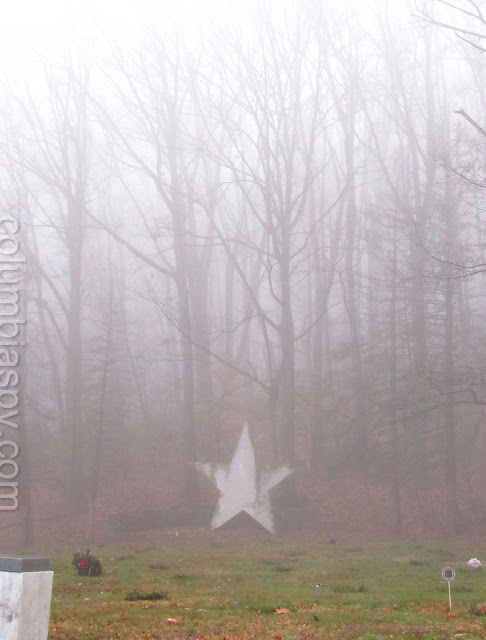 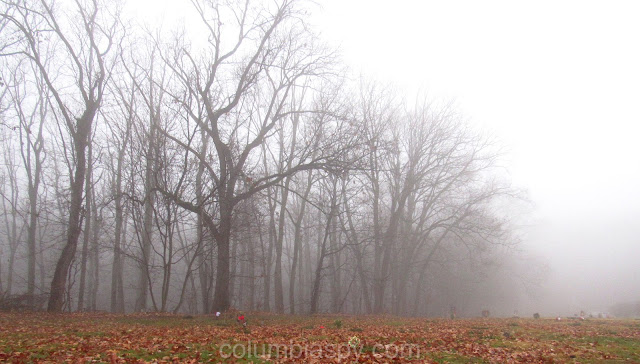 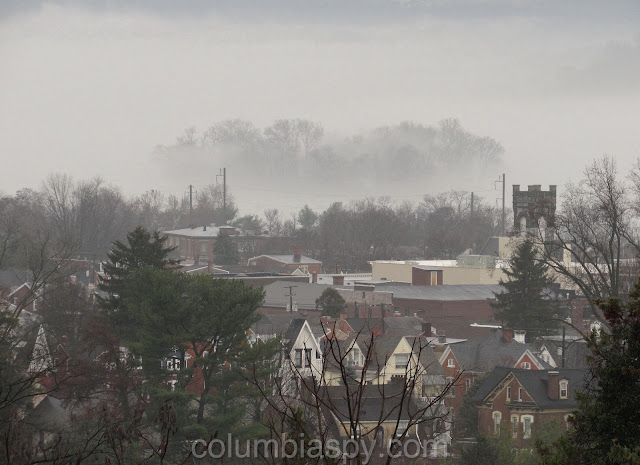