PHOTOS: This Week in Columbia 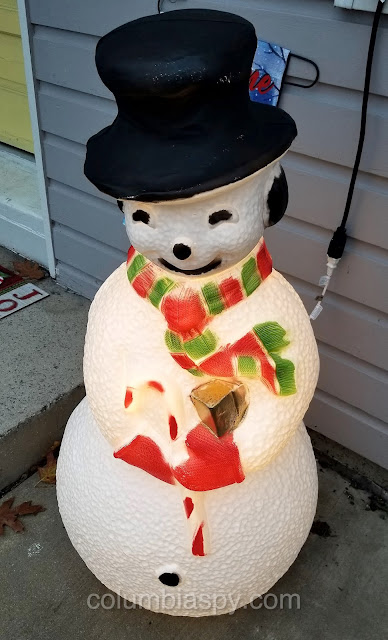 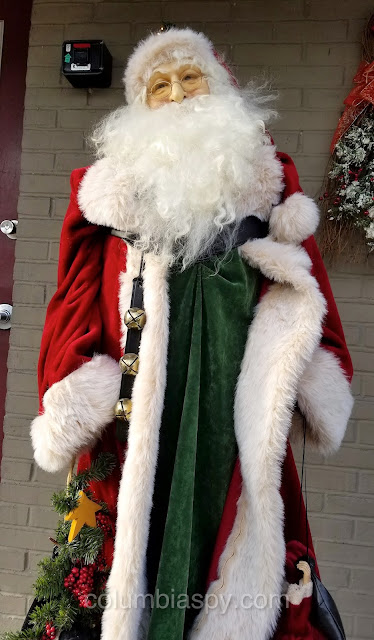 Even this guy's in town.
Jesse the Computer Guy (aka Santa) has some great deals at his shop at 23 N. 4th Street. 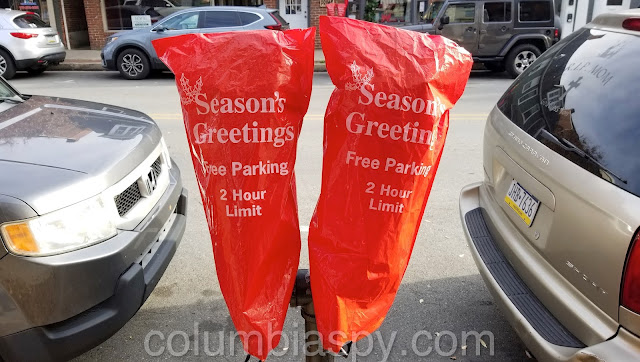 Parking was free downtown this weekend. 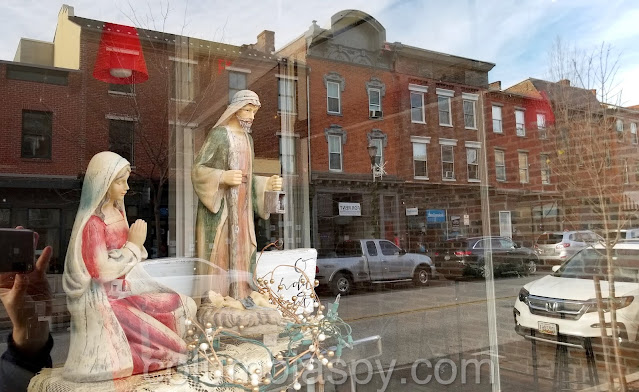 Looks like Mary is saying a much-needed prayer for Columbia. 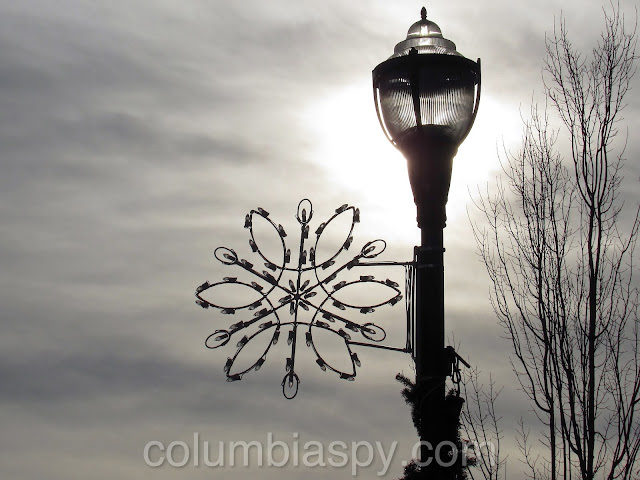 Streetlight in the daytime 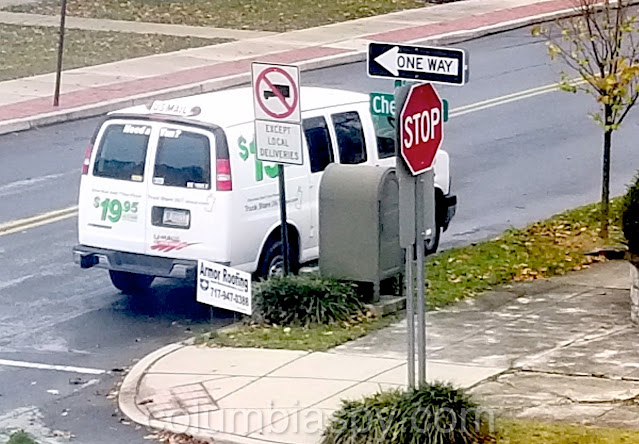 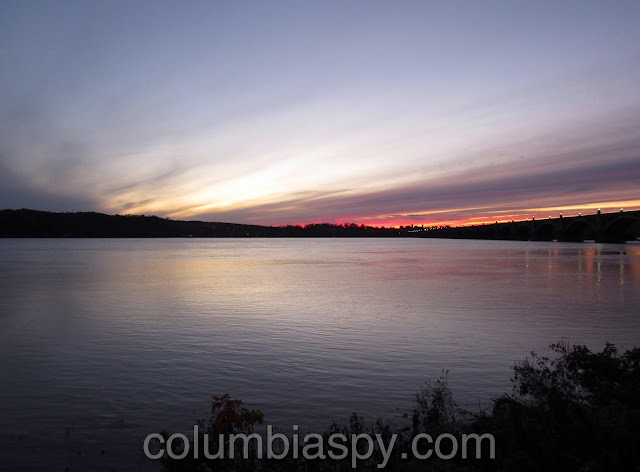 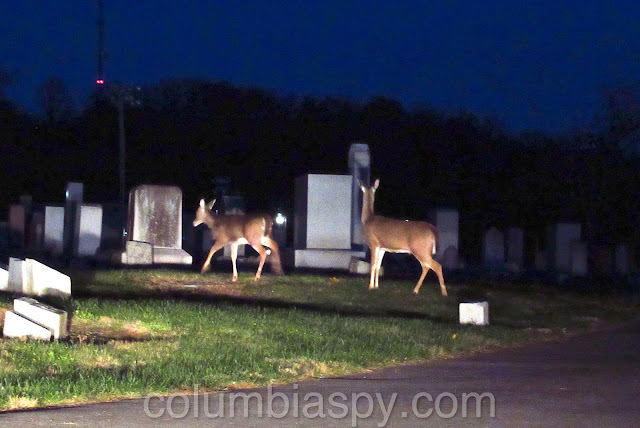 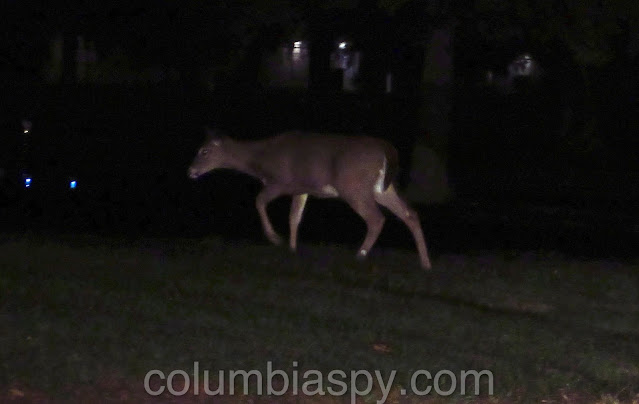 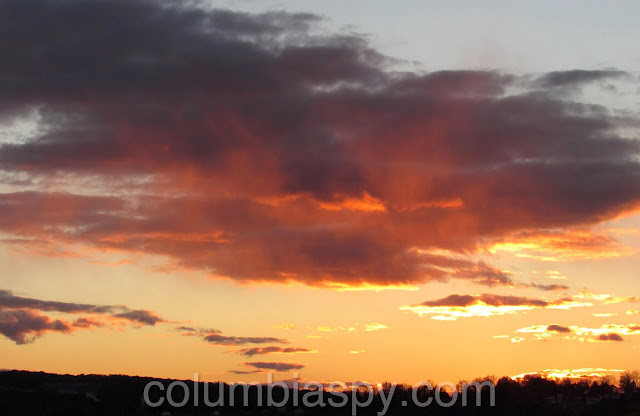 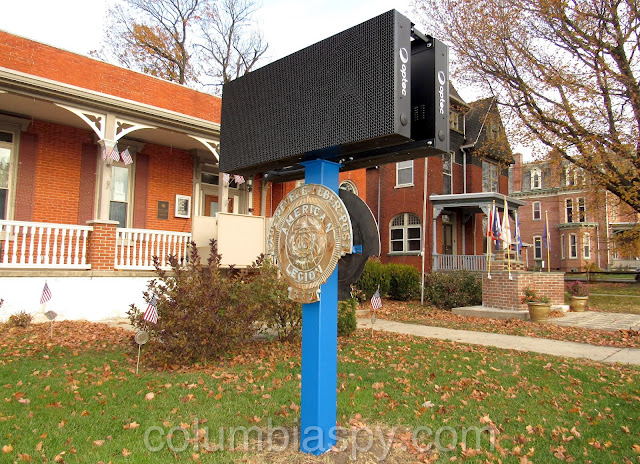 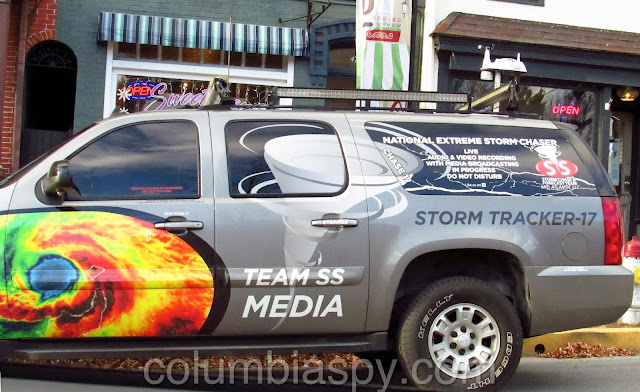 The storm trackers were in town. 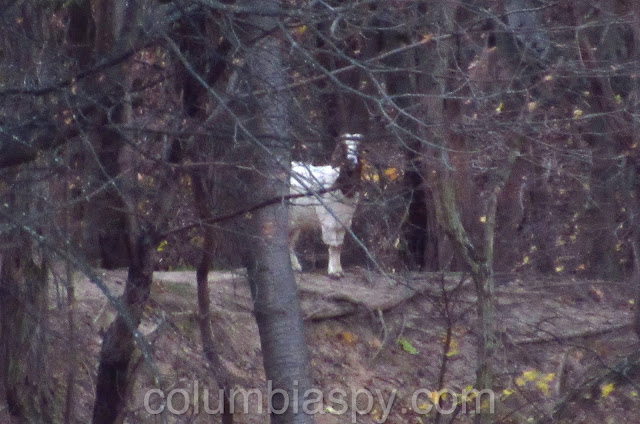 The goats are back at the former McGinness airport. 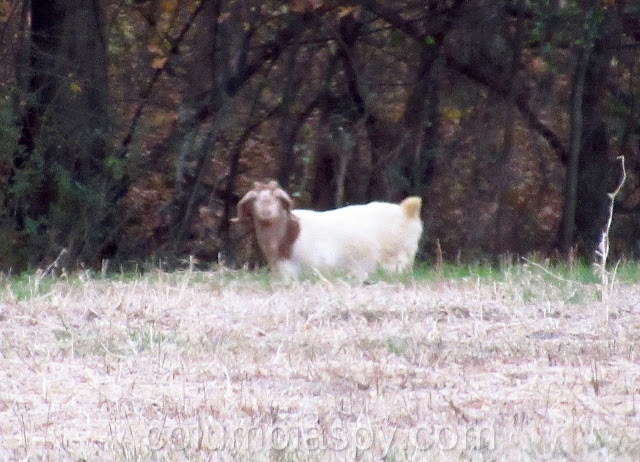 God only knows what they've been eating
out there. 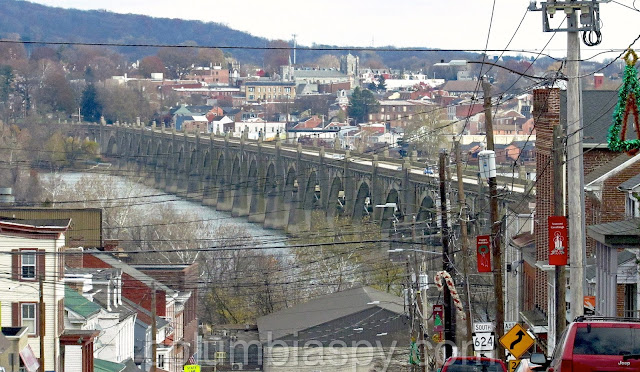 Our sleepy little hamlet as seen from Wrightsville 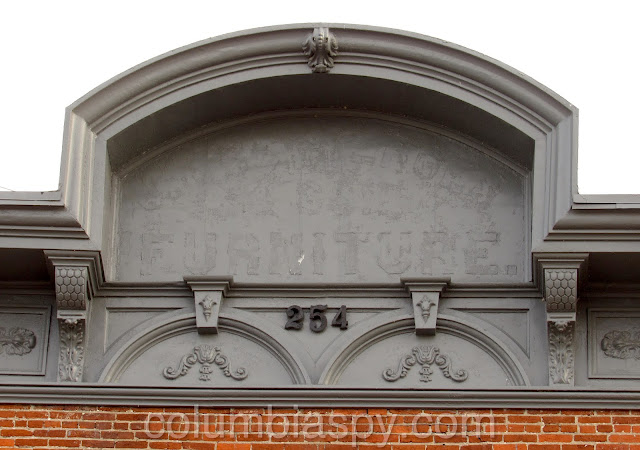 Ghost sign at 254 Locust
It says something about "FURNITURE." 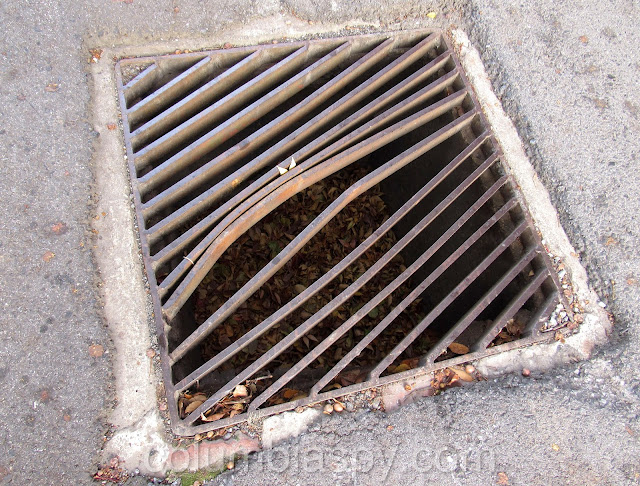 When you really need to retrieve your cell phone 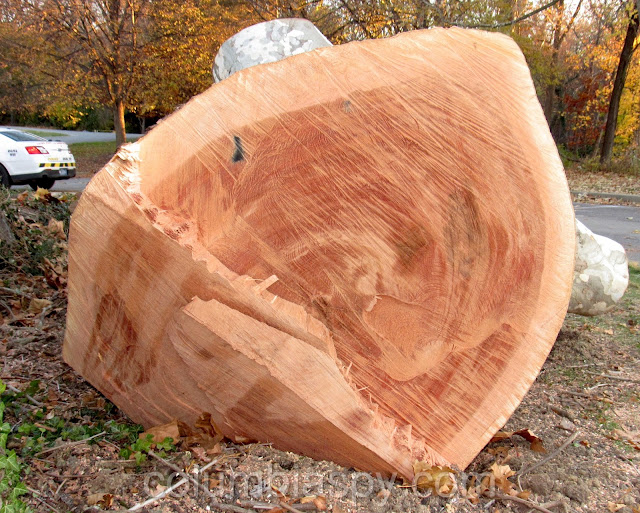 Can you count the rings?
Probably not, because they've been obscured by grooves and ruts from a chainsaw.
This is a cross-section of the old sycamore that was cut last week to make way for a Majik appliance store at 921 Lancaster Avenue.
As the mayor said, "That's progress."
Here are some other scenes from the demo site: 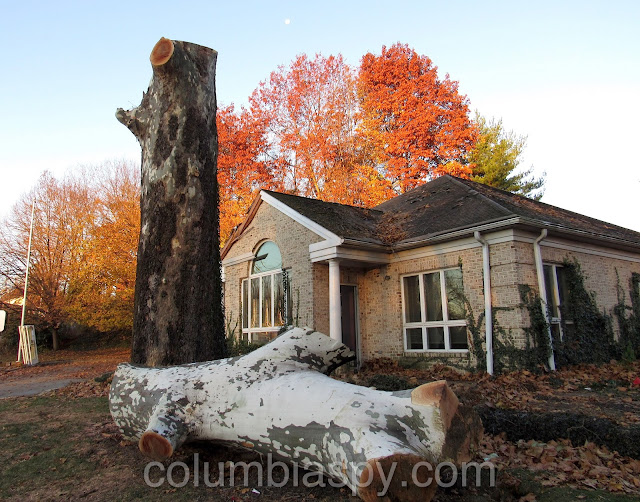 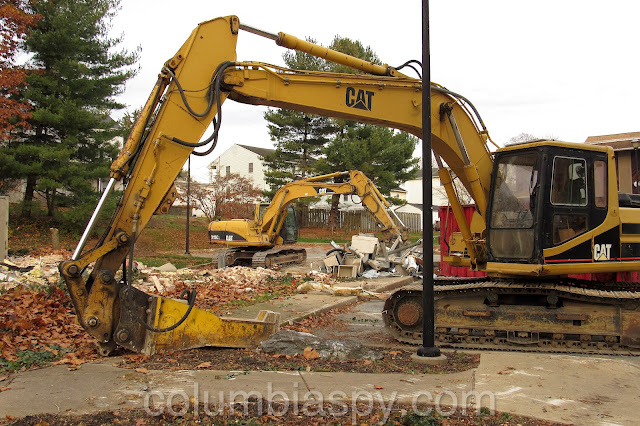 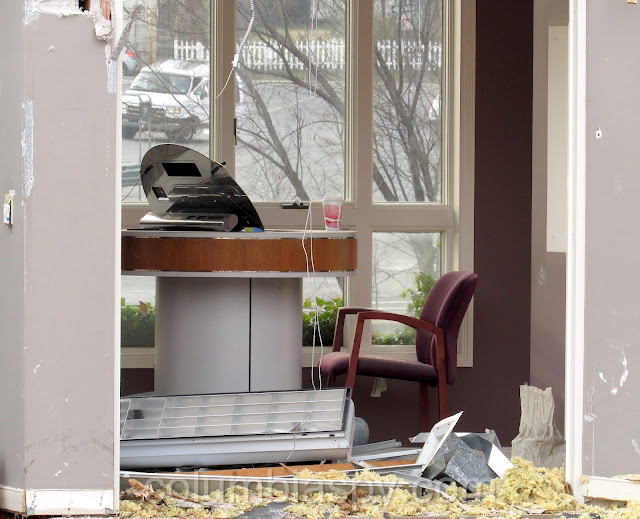 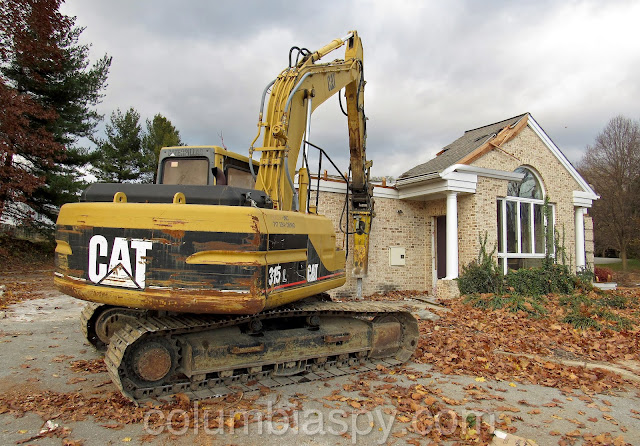 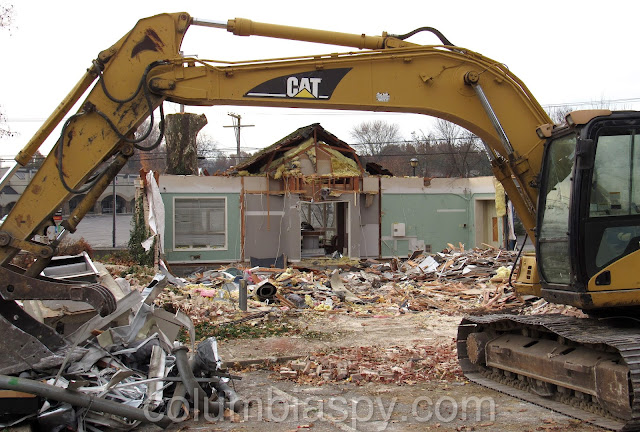 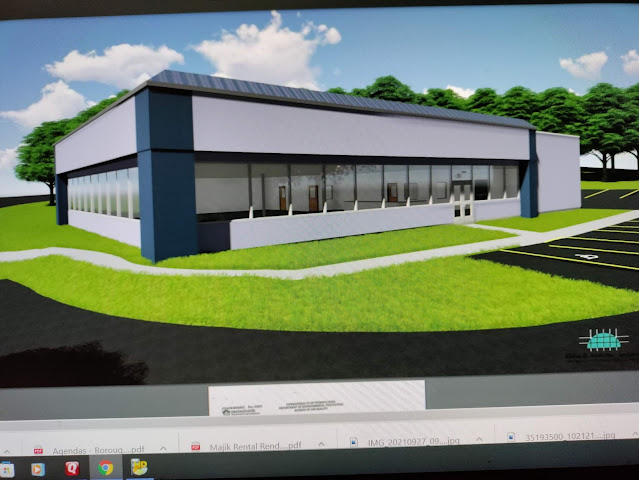 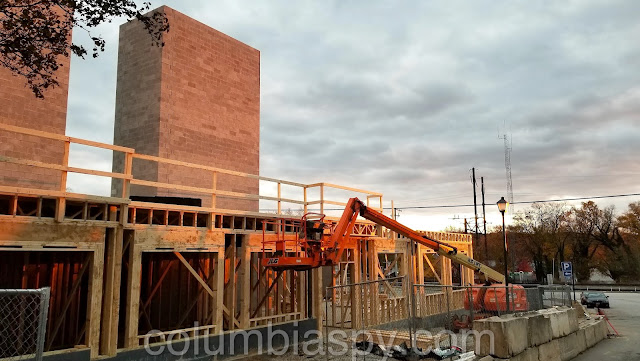 Meanwhile, the Eberly Myers project continues on the 100 block of Locust. 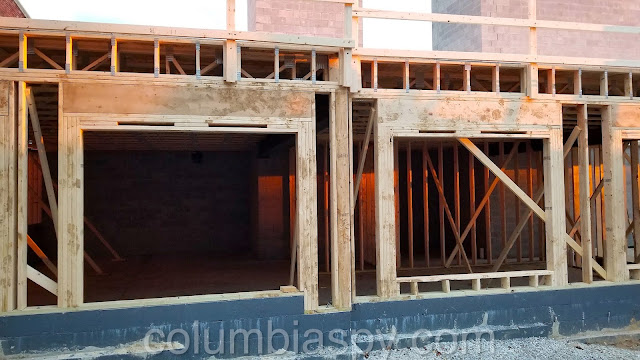 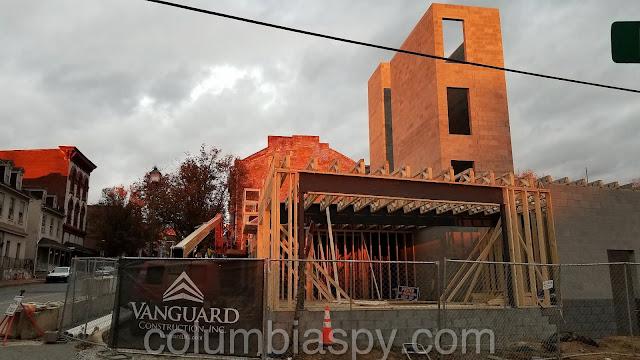 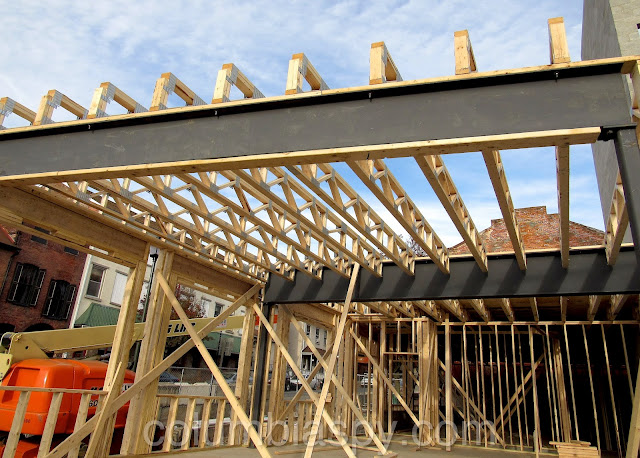 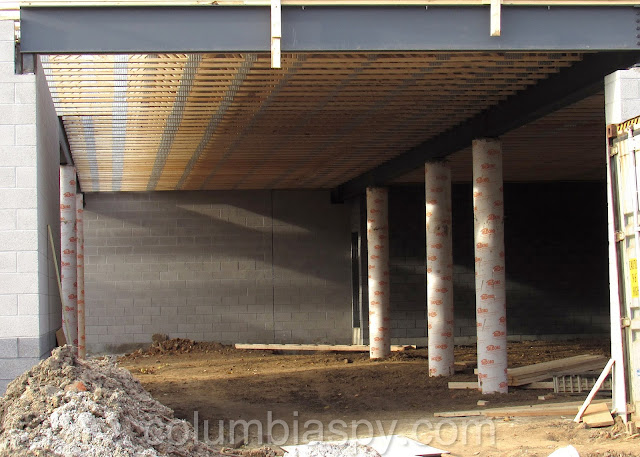 Mary is praying for the birth of Christianity. Not for columbia