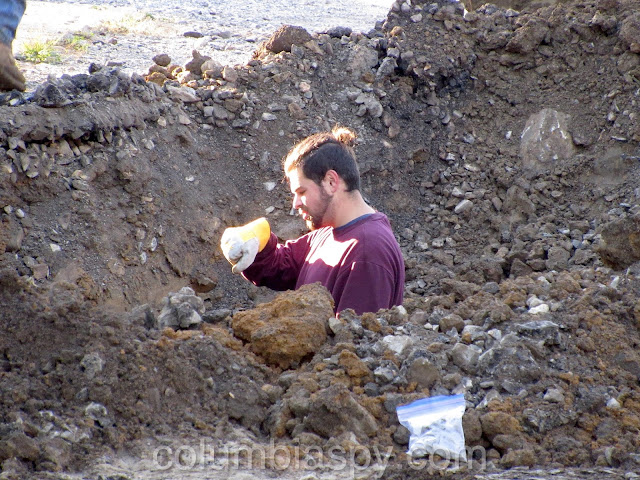 Down in a hole at the former airport -
Excavation for storage tanks began on Monday morning and was completed yesterday. 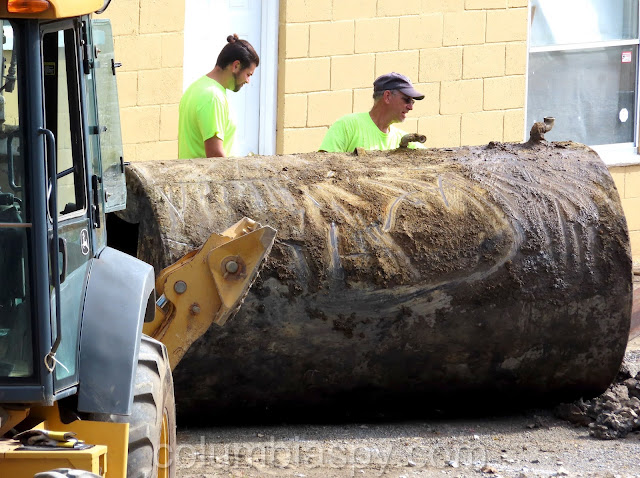 Here's the first one. 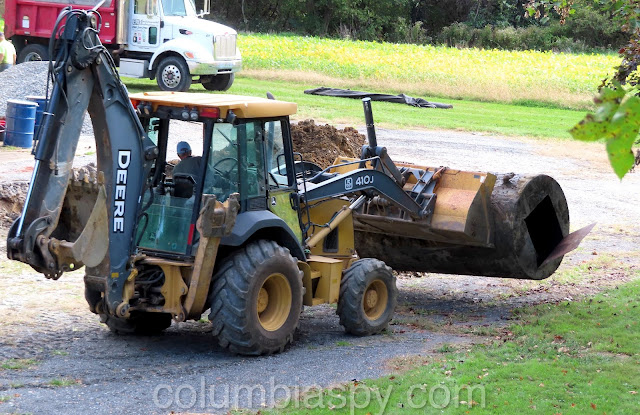 Two were excavated and taken away via flatbed on Tuesday. 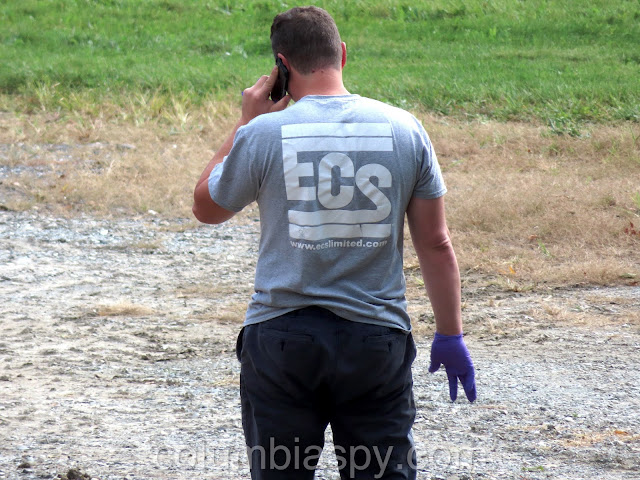 ECS did one of the recent environmental studies of the property, and this guy was on-site during excavation. 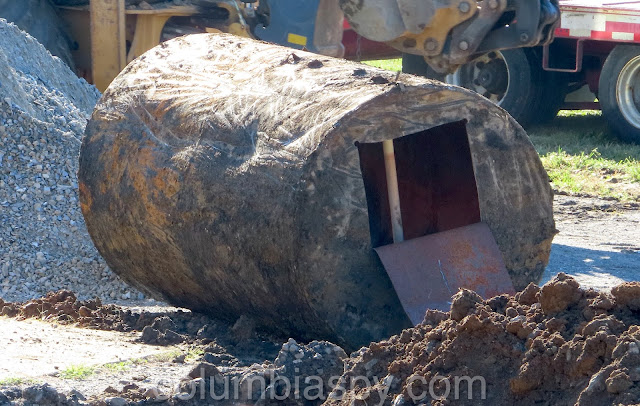 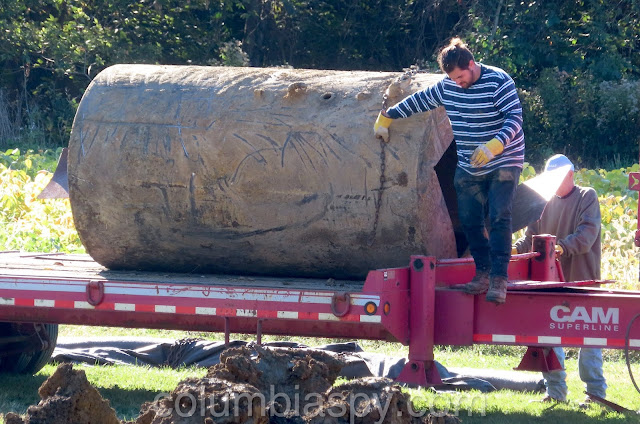 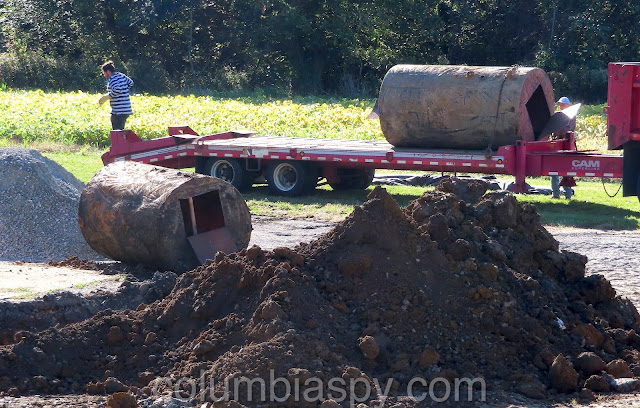 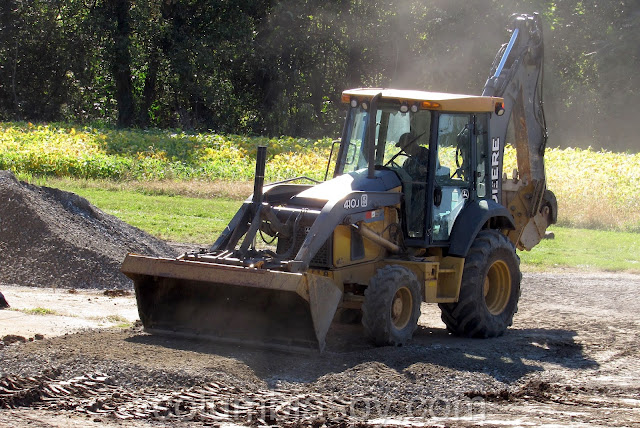 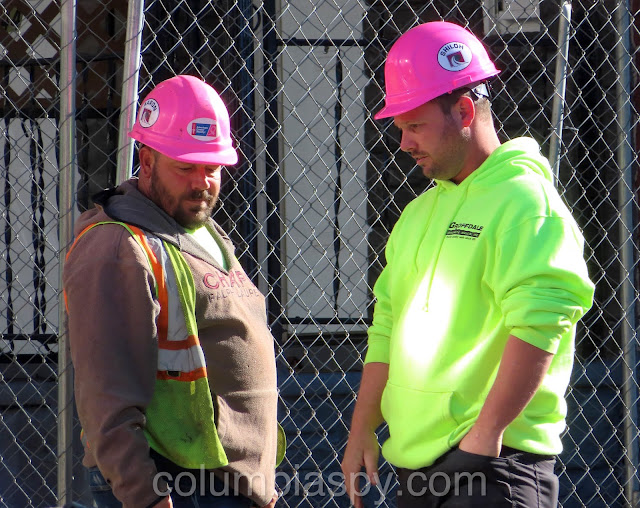 The pink hats were back at the Eberly Myers construction project at the bottom of Locust Street. 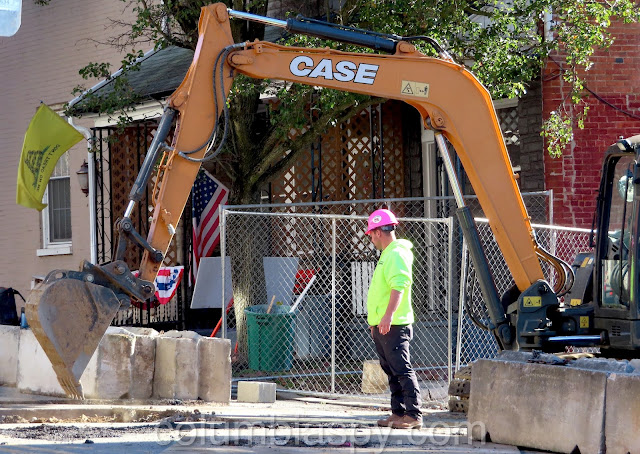 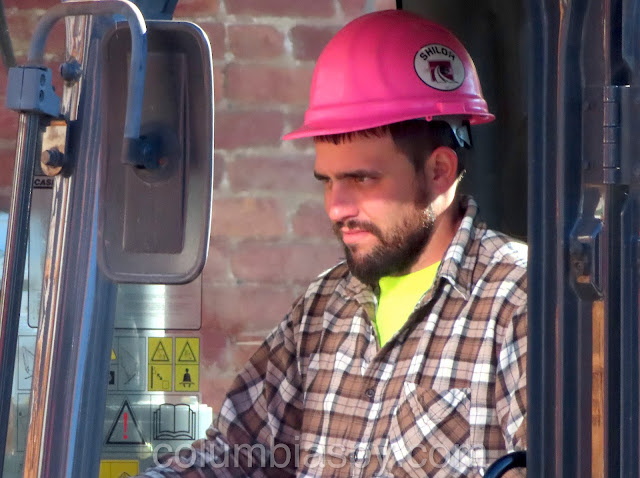 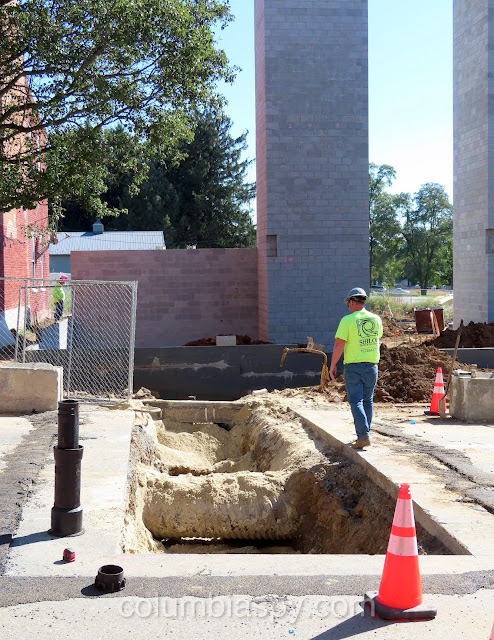 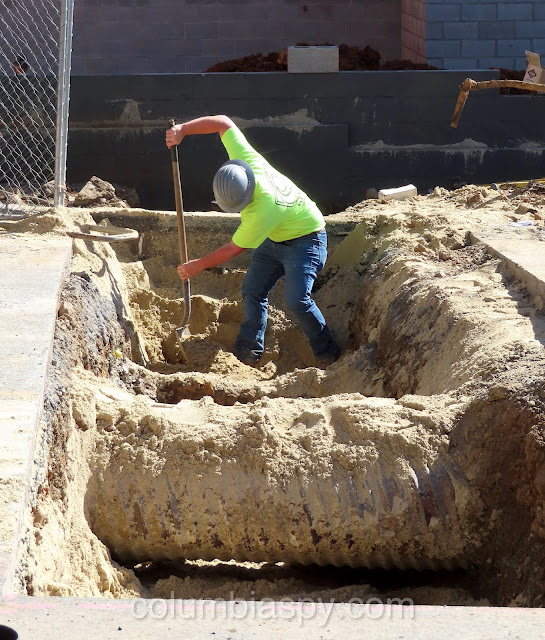 They said two water lines will be run to the site, one for fire emergency, one for domestic. 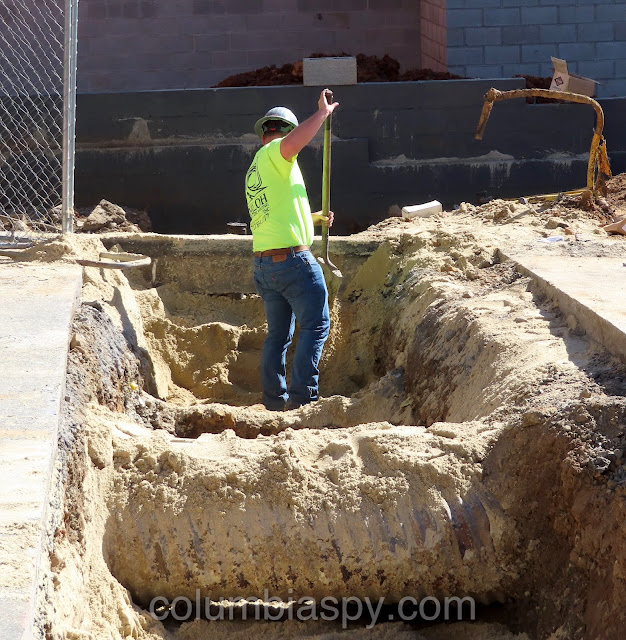 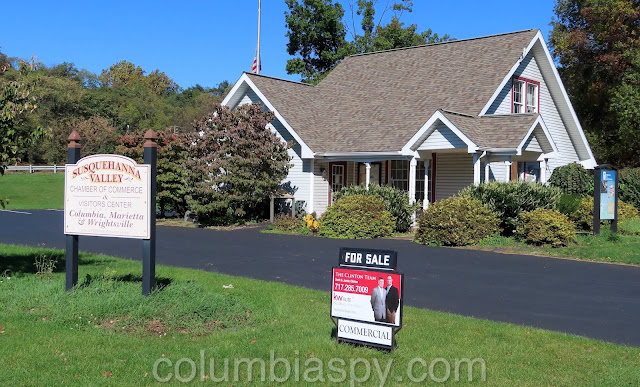 Columbia Borough Council is considering buying the former Visitors Center at 445 Linden Street. The current purchase price is listed as $150,000. Councilman Eric Kauffman proposed purchasing it at the bankruptcy rate or whatever is owed by the chamber, and allowing the Columbia Historic Society to operate it at their expense. "I believe that's a key piece of property for Columbia Borough," he said. 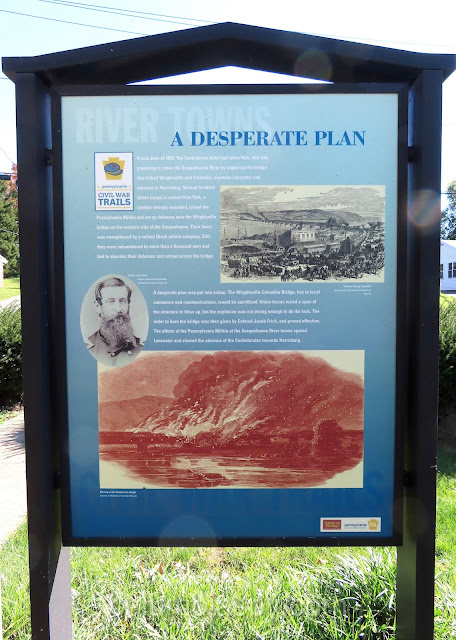 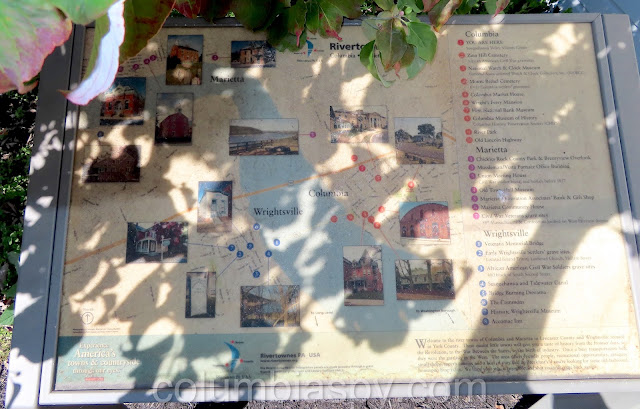 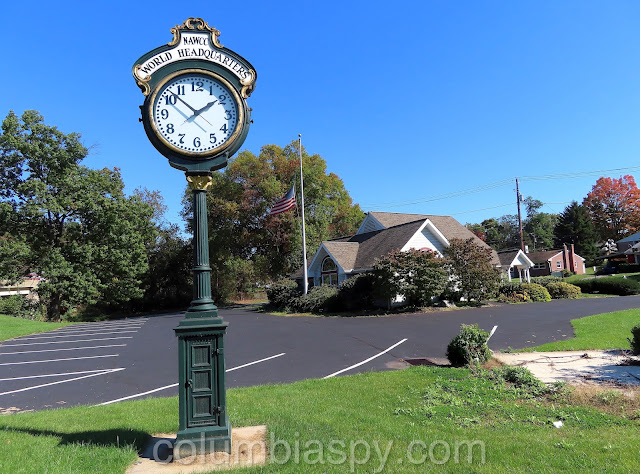 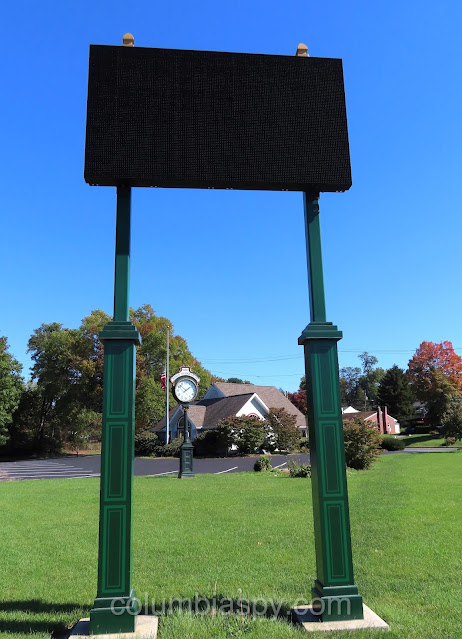 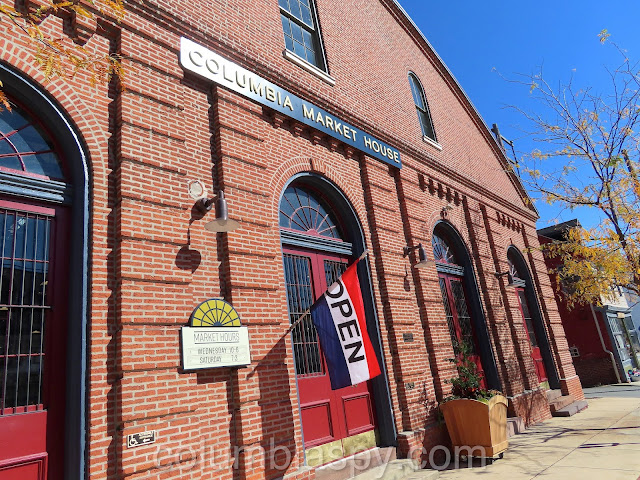 Is this the last Wednesday it will be open?
The Columbia Market House might be closing on Wednesdays, because, according to borough manager Mark Stivers, the numbers are low. Stivers said the issue will be discussed at the October 26 borough council meeting. Any such closing will require an action of borough council, because the borough's contract with CHI will need to be amended. 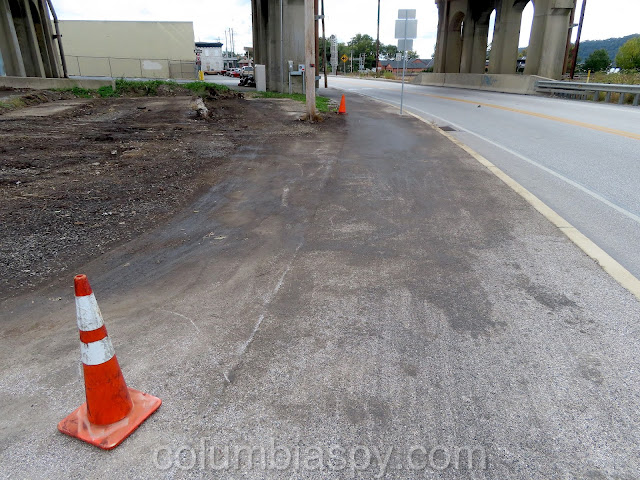 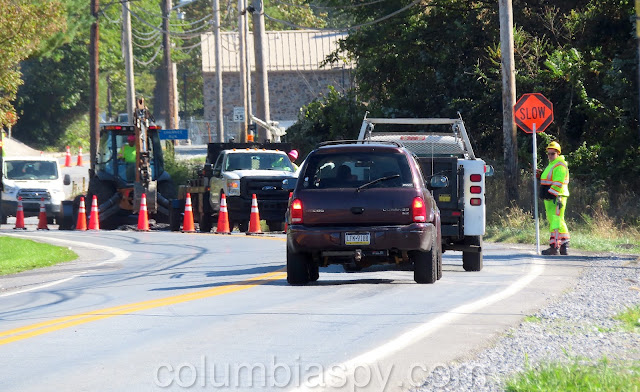 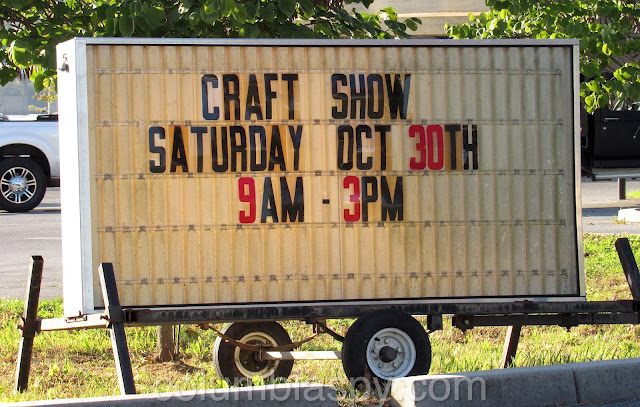 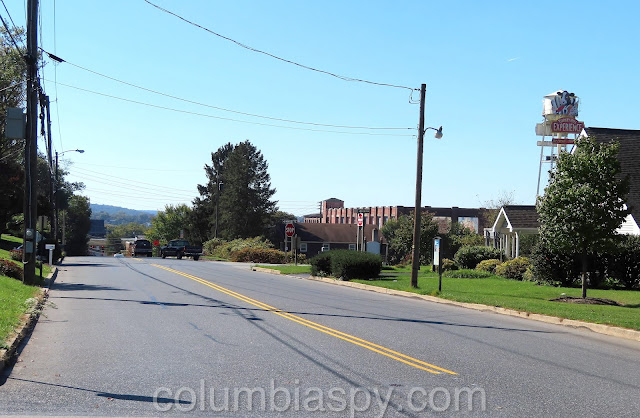 Lines were finally painted on Linden Street this morning.
Here's a video of a contractor painting the lines.
[Video submitted by Howard Stevens]