Columbia Borough Council Budget Meeting - October 14, 2021
Columbia Borough Council discussed budget line items and requests at its October 14, 2021 budget meeting. Following are summaries of some of the items discussed:
How many parking meters does Columbia have?
Columbia resident Frank Doutrich asked how many operating, in-service parking meters the borough has. Police Chief Jack Brommer said the number is "about 200."
The Market House might be closing on Wednesdays
The Columbia Market House might be closing on Wednesdays, because, according to borough manager Mark Stivers, the numbers are low. 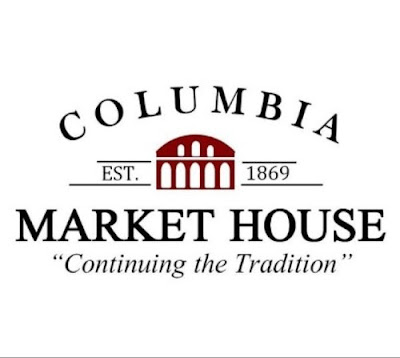 Stivers said the issue will be discussed at the October 26 borough council meeting. Any such closing will require an action of borough council, because the borough's contract with CHI will need to be amended, according to Stivers.
Where's the money for the Market House?
Columbia Borough has not yet received funds from the $1.75 million RACP grant that was awarded in 2019. The funds are for the recent improvements to the market house, and parking solutions. 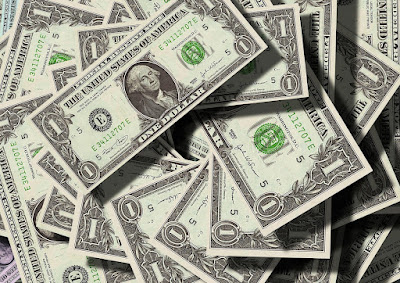 Since the RACP is a 1:1 matching grant, Columbia must pay $1.75 million towards the cost of the projects. (RACP stands for Redevelopment Assistance Capital Program.)
Borough employees' time at the airport project will be tracked
Any work done by the borough's hourly employees at the former airport property on Manor Street will be tracked and added into the cost of the project. Council president Heather Zink said borough employees have spent very limited time there. At a previous meeting, she said no additional staff will be needed to maintain the property.
An Emergency Alert System for Columbia?
Councilman Todd Burgard’s request was for an emergency alert system that would allow the borough to message cellphones, much like the current Amber Alert system does. He said the cost estimate is around $15,000. Stivers said that's the initial cost, and there will be additional costs after that.
Bodycams for the police?
Body-worn cameras for the police department were discussed. A previous grant application for the cameras was denied.
A drone for the police department?
Council discussed the possibility of the police department acquiring a drone. Chief Brommer said that officer Brent Keyser recently completed a training program to become a drone pilot, the only one on the force. Columbia Borough purchased a drone several years ago for the codes department. Brommer estimated that the drone is 6-8 years old. He said newer drones can feature thermal ability that would help the police track a suspect at night. 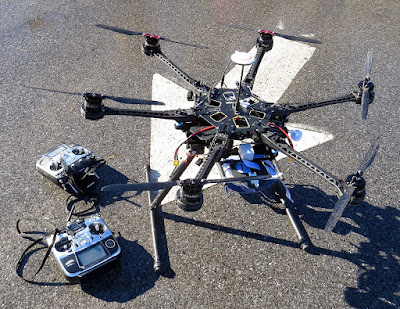 Councilman Eric Kauffman said, "My biggest concern with the drone is that it becomes a patrol officer.” Kauffman also said he doesn't think it would be used on a regular basis and that it's not an expense the borough should take on. (Ironically, a drone company will supposedly be setting up at the former airport property.)
$838 spent on business cards
Councilwoman Sharon Lintner questioned the recent $838 cost of business cards provided to council members and others. Stivers said the cost included graphic design and some other products. He said the cards are part of the borough's communication.
Additional surveillance cameras requested
Brommer is requesting $50,000 for two additional surveillance cameras: one at 4th & Cherry and another at 3rd & Union. The amount would also cover the cost of replacing outdated technology. Brommer said cameras were useful in identifying arson suspects in an incident at Columbia Crossing where youths lit a teddy bear on fire and caused damage inside the building.
Problems at Makle Park
Council discussed problems at Makle Park. There have been numerous and ongoing complaints about trash and drug use at Makle Park.
In apparent frustration, Councilman Todd Burgard said those living near the park should take care of it. "That park isn't our park. It's not this council's park,” Burgard said. “That's that community's park. That's their park. At what point does that community stand up and say this is our park, we got to stop letting this happen in our space? What do we do to solve the problem, get the community to take care of their own problem? If the problem's coming out of the community, I think that probably the best solution is for the community, the solution, to come back out of that community. For us to go in there and enforce, it just doesn't feel good, doesn't look good, it doesn't make people happy, it doesn't give people any sense of responsibility. It's just the borough coming down on folks. How can we, how can we, without getting law enforcement involved, encourage people to take care of their own space?"
Kauffman noted that there were groups that go out and clean the park regularly. "There's groups that go out there and trash it regularly," Burgard responded.
Problems have plagued the park for at least five years, according to the 2016 LNP article HERE, in which Mayor Lutz said, “I grew up in a park, and they never, ever looked like they do now. We don't want to bring people in from all over and see that,” he said of the trash. “It would be an embarrassment to the entire borough. We gotta do something.” 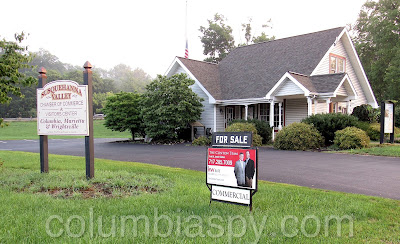 The current purchase price is listed as $150,000. Councilman Kauffman proposed purchasing it at the bankruptcy rate or whatever is owed by the chamber, and allowing the Columbia Historic Society to operate it at their expense. "I believe that's a key piece of property for Columbia Borough," Kauffman said.
Why do we have a street sweeper?
Zink said the street sweeper does not run as a money-making tool for the borough but rather as part of the borough's MS4 responsibility, that is, to help keep the pollutants out of the waterways. (According to the PA DEP website, "The MS4 program focuses on managing discharges into the waters of the Commonwealth by educating and implementing proper control measures and best management practices."  Stivers said, "The amount of trash and everything we picked up on a regular basis is shocking." Zink added, “And the amount of trash is why the street sweeper has issues.”
Posted by Joe Lintner at 5:17 PM