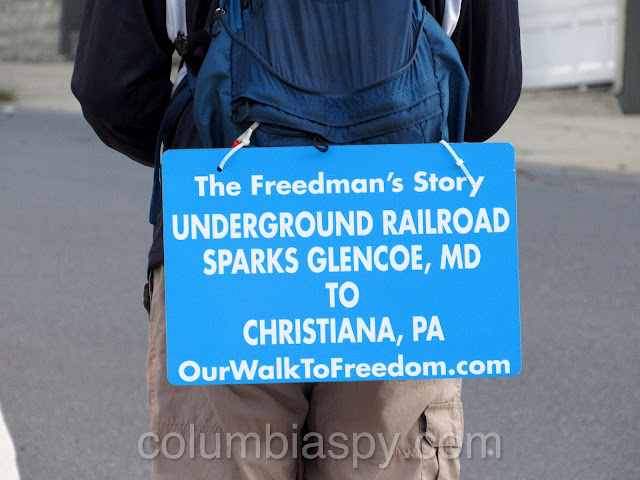 This sign was worn by a gentleman who was apparently walking from Sparks Glencoe, MD to Christiana, PA for the above-stated cause. 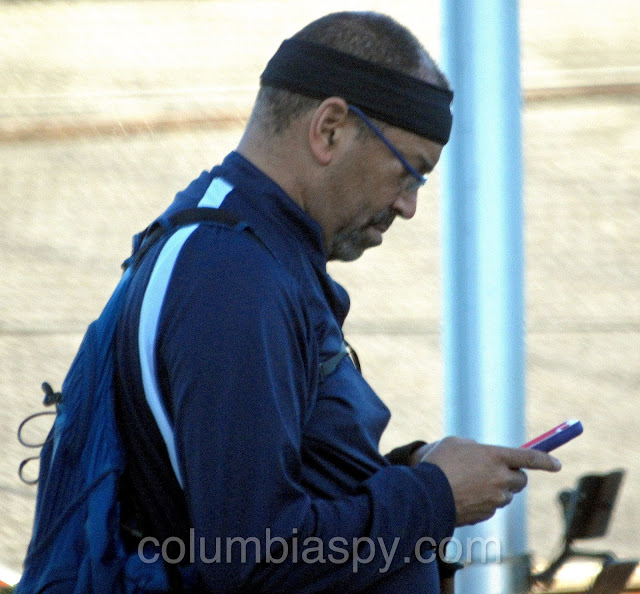 And there he is. 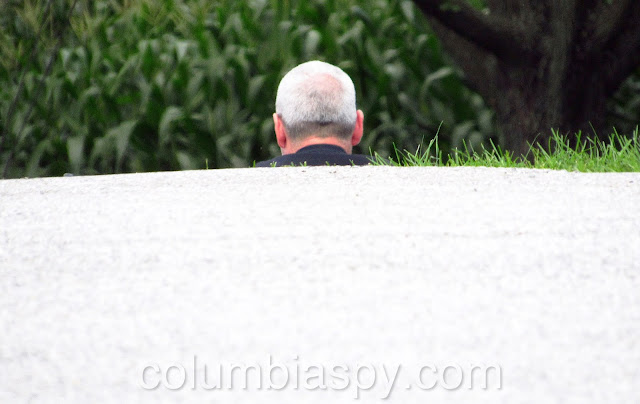 Here's a head heading out. 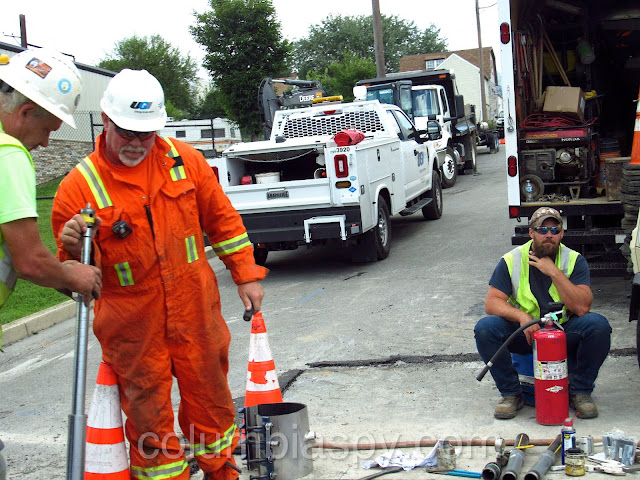 UGI down at the bottom of Perry Street 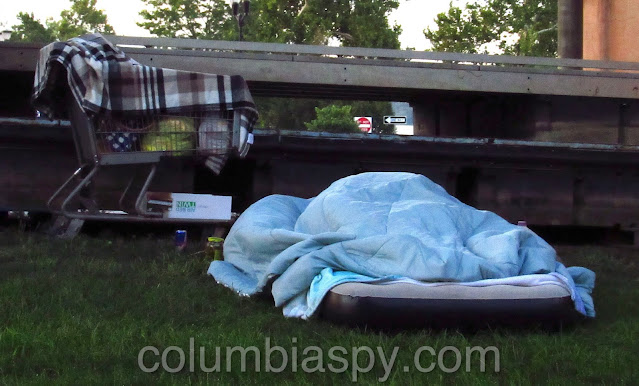 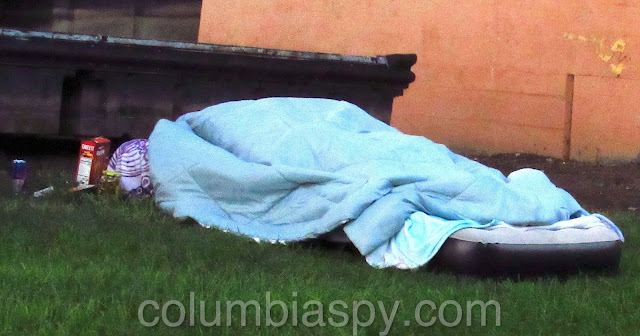 Homeless under the bridge? 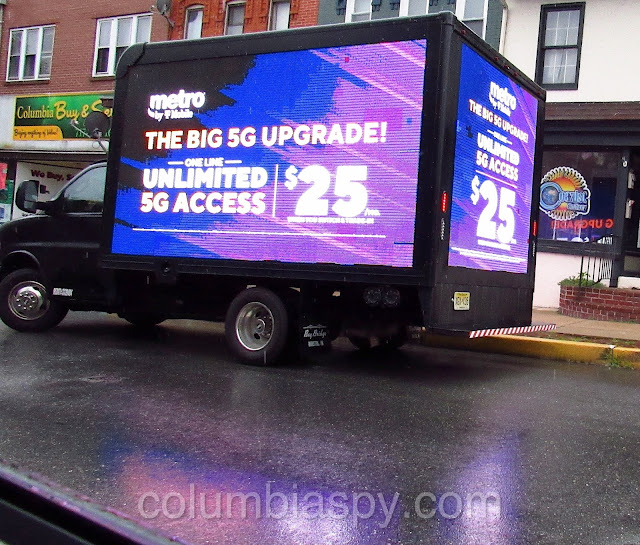 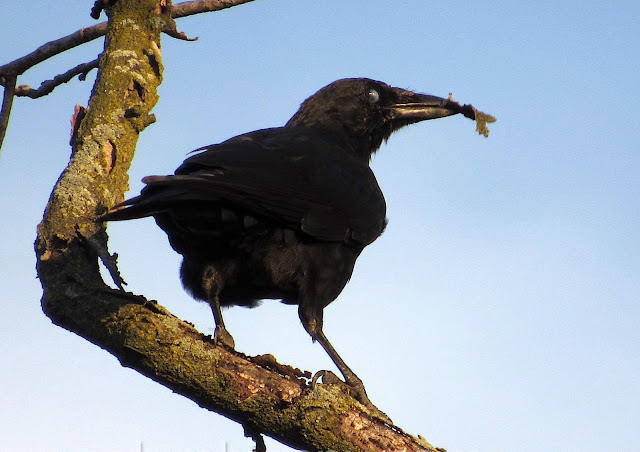 It's not Halloween yet, but here's a creepy crow anyway. 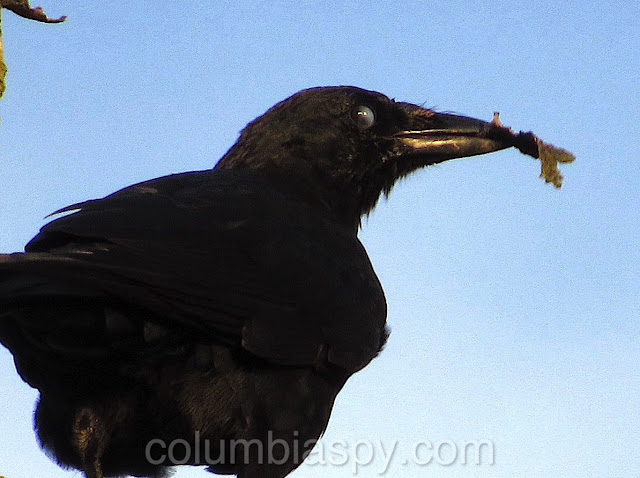 A film crew was at River Park the other day. 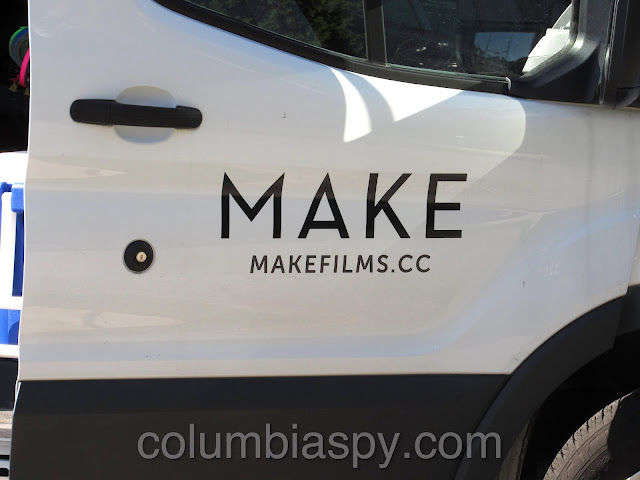 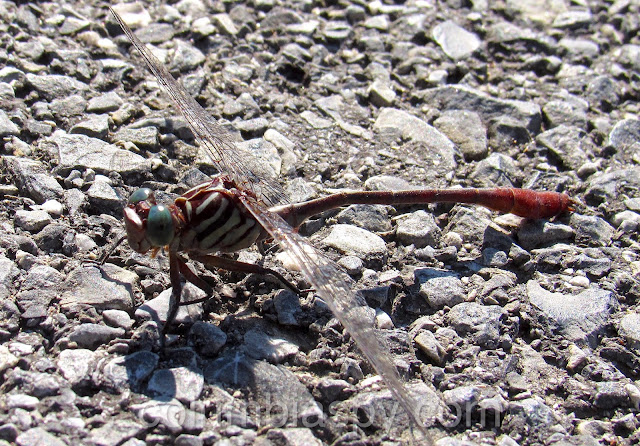 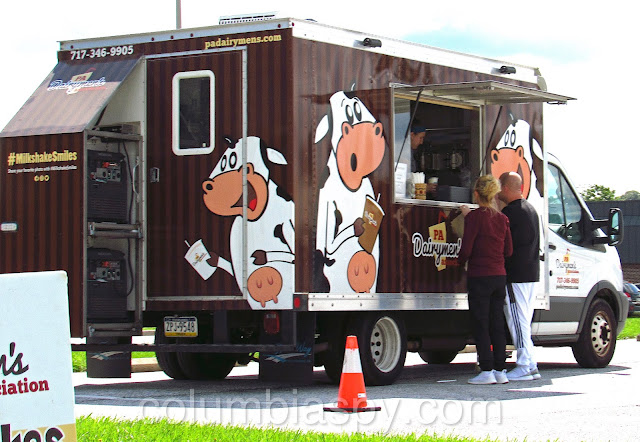 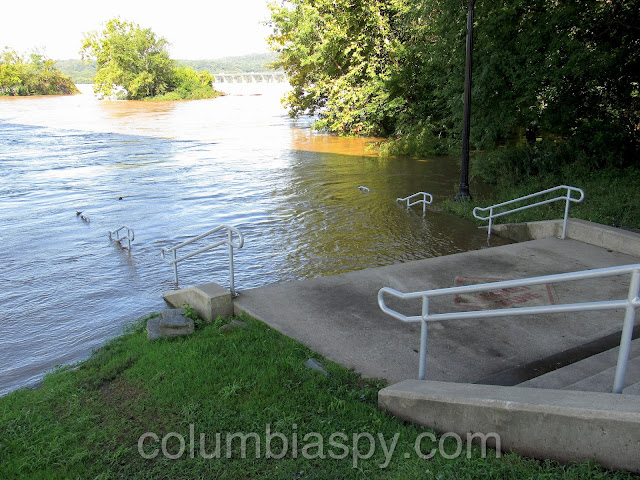 The river was high this week, due to Hurricane Ida passing through. 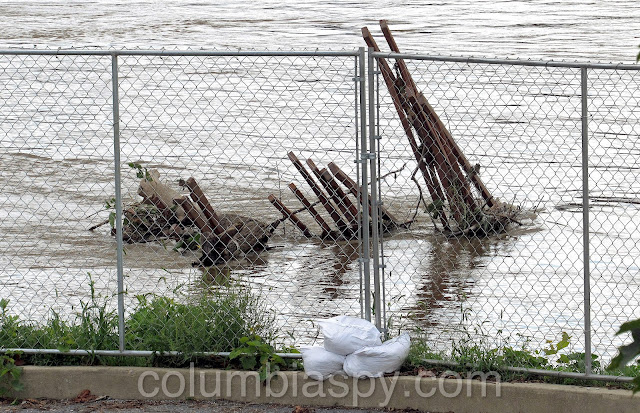 Back to square one, or at least square two, on the water company project? 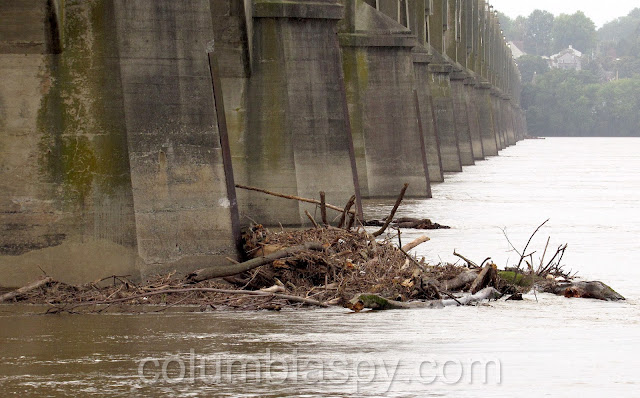 Debris at the bridge 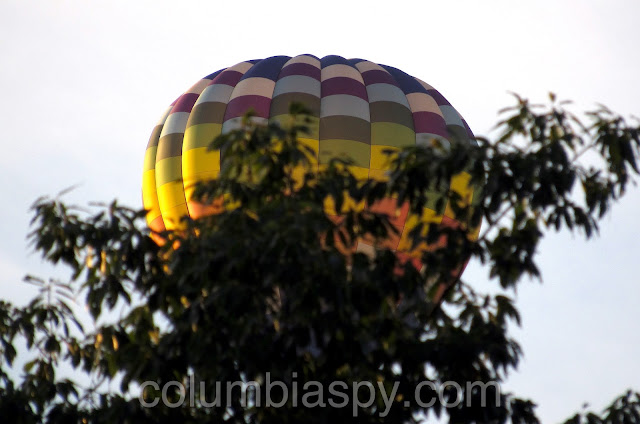 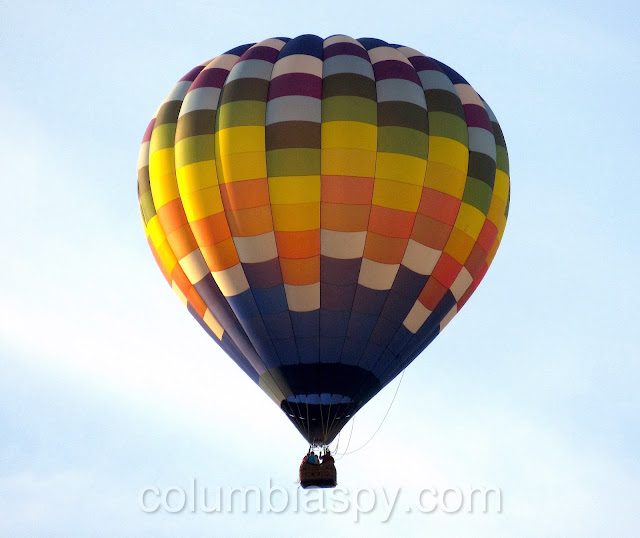 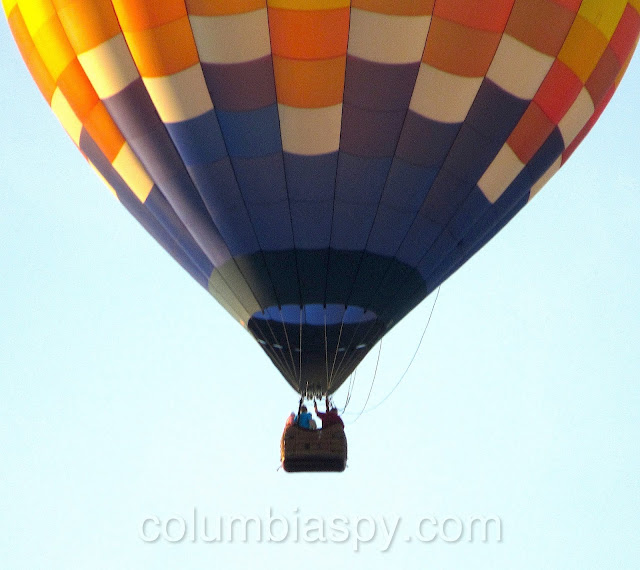 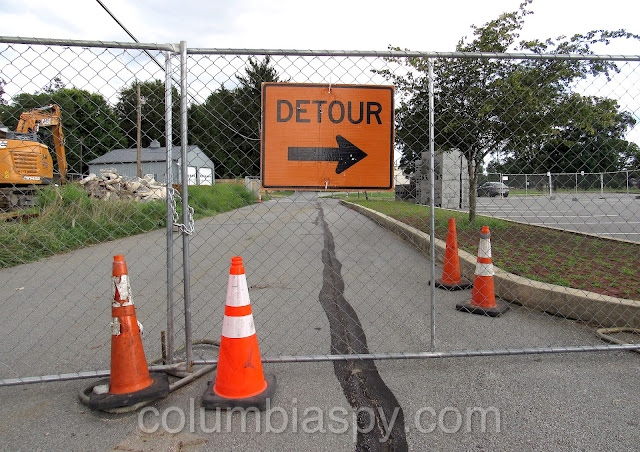 The on-again, off-again project at 132 Locust is apparently on again. 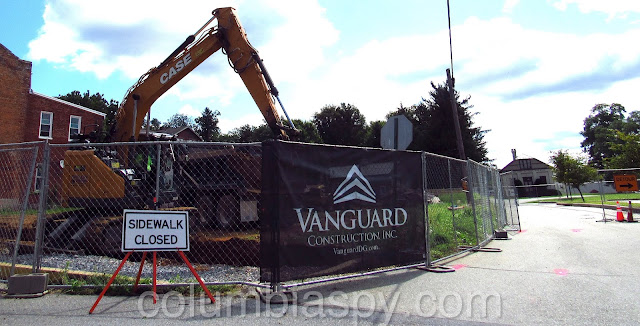 There's construction equipment behind the fence.

And a pile of blocks. 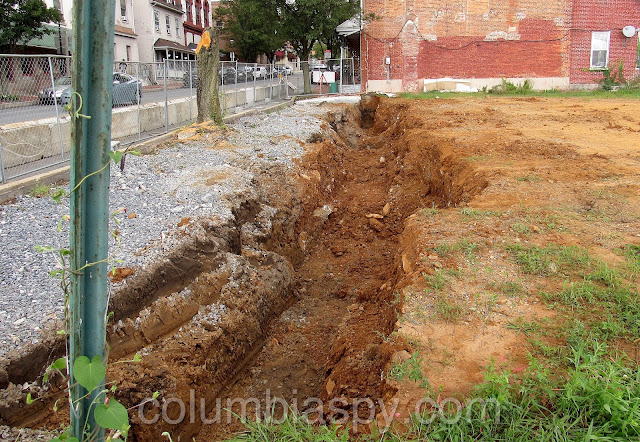 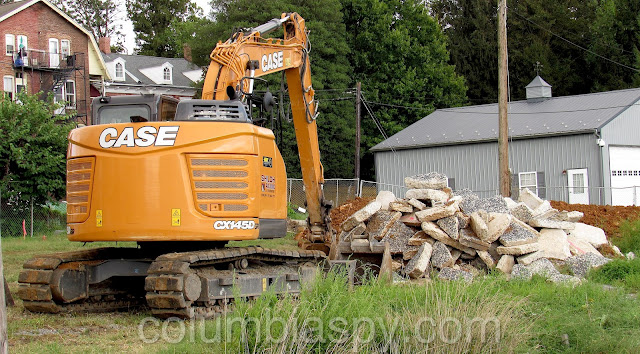 And a pile of rubble. 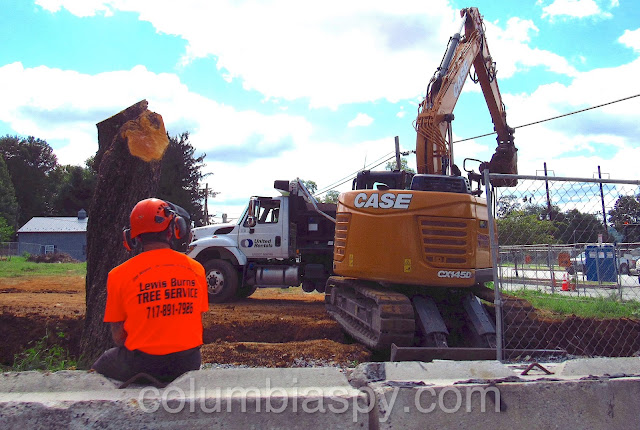 Here's a tree that was partially removed.
And here's a tree being cut (but there's no flagger present):
[Submitted photos] 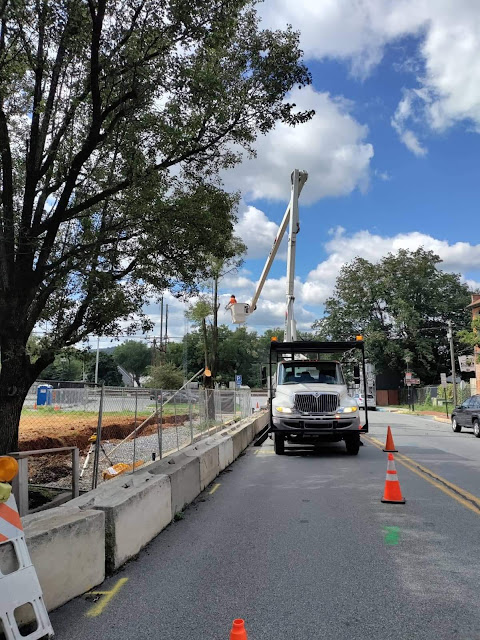 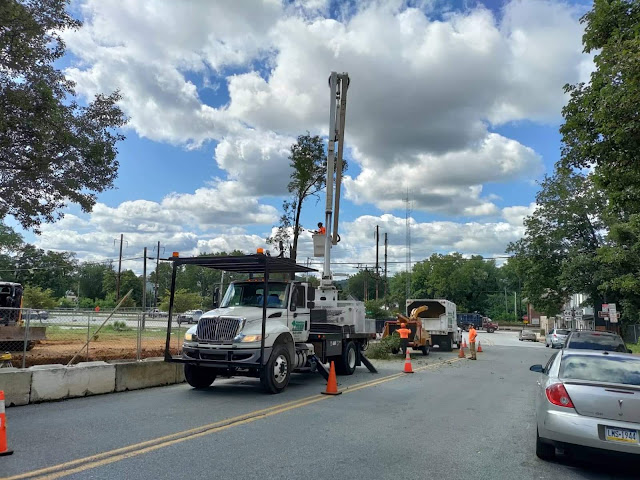 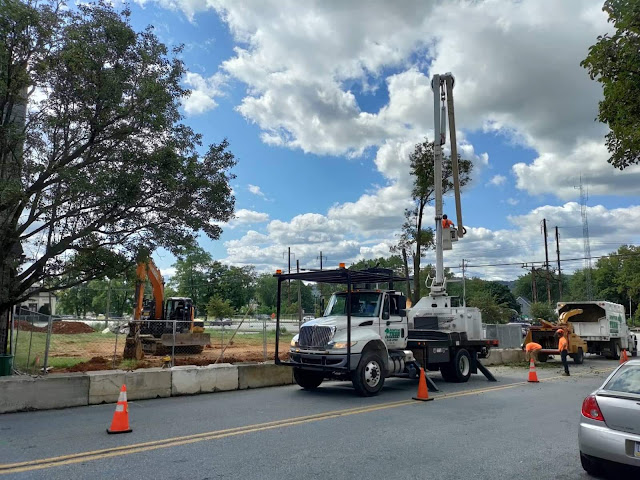