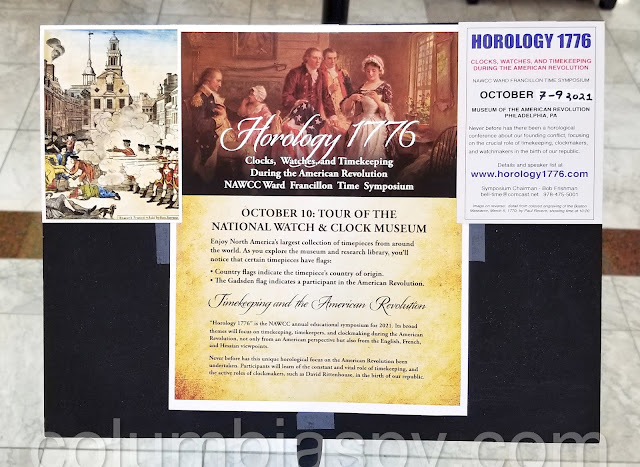 "Horology 1776" - Clocks, Watches, and Timekeeping During the American Revolution
“Horology 1776,” a tour and exhibit of American Revolutionary War timepieces is coming to Columbia’s National Watch & Clock Museum on October 10 as part of its annual educational symposium. 16 historic longcase clocks, commonly known as “grandfather clocks,” will be on display in the exhibit, which is is a “side shoot” of a larger event happening in Philadelphia, according to Research Library and Acting Museum Curator James Campbell.

The focus will be on timekeeping during the American Revolution and the importance of timekeepers and clockmaking to the birth of the United States.

Each clock is designated with a small country flag indicating the clock’s country of origin. In addition, those with a Gadsden (“Don’t tread on me”) flag indicate a participant in the American Revolution. Those who can't wait can see the clocks at the museum now, where they will remain until the end of October.

One of the clocks on display is this one by watchmaker and silversmith White Matlack (1745-1824). White was disowned by Orthodox Quakers for his support of the American Revolution (Wikipedia). 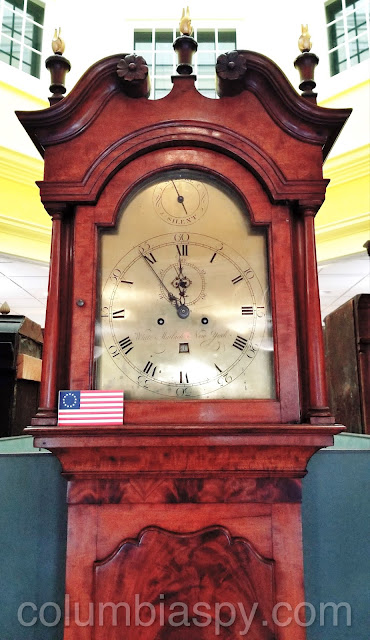 This is a close-up of the same clock.
Matlack's name can be seen inscribed on the clock face. 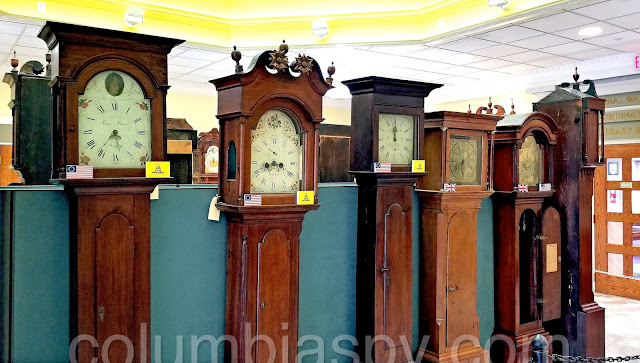 According to Wikipedia: “The National Watch and Clock Museum (NWCM), located in Columbia, Pennsylvania, is one of a very few museums in the United States dedicated solely to horology, which is the history, science and art of timekeeping and timekeepers.