[PHOTOS] Bridge burners, racism, and other things in Columbia

Some recent photos of Columbia . . . 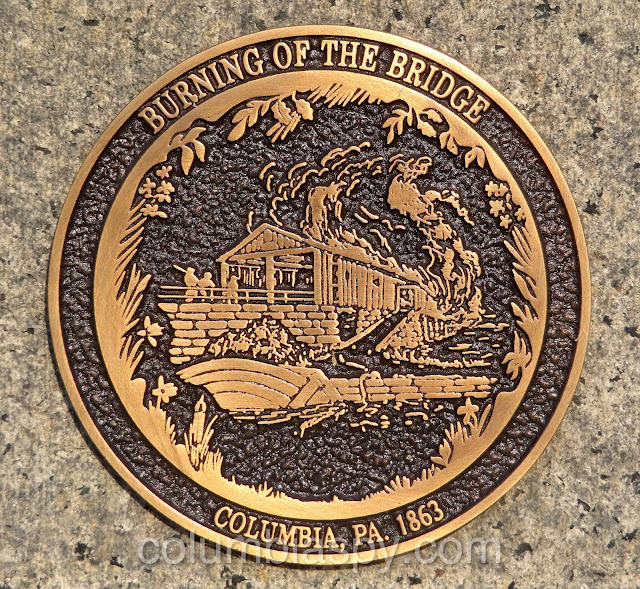 Five bronze medallions like this one mark the graves of Columbia's "bridge burners" at Mount Bethel Cemetery. The five men burned the covered bridge across the Susquehanna on June 28, 1863 to prevent Confederate forces from advancing. 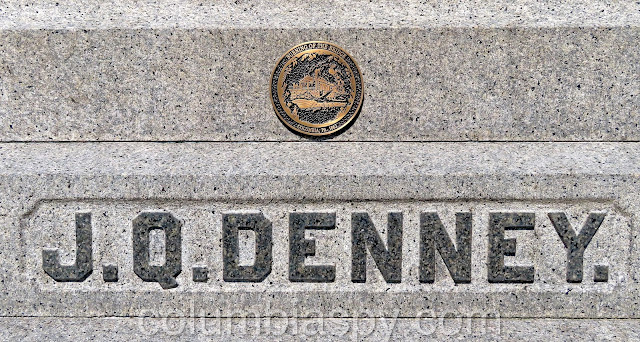 This one is on J.Q. Denney's grave marker. (You can read Denney's deposition on the burning of the bridge HERE.) 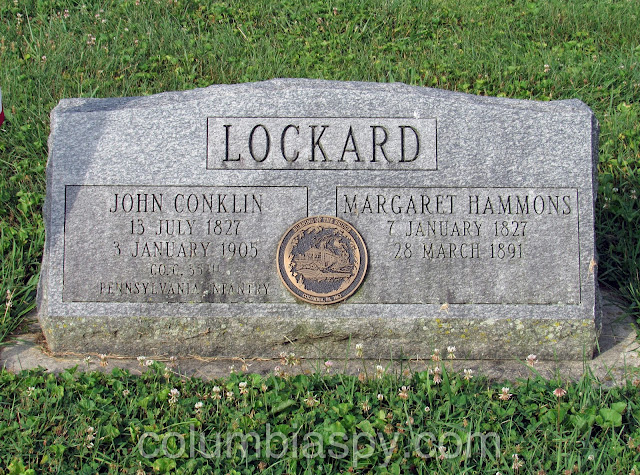 Here's John Conklin Lockard's marker. A memorial ceremony - and grave marker dedication for Lockard- was held at Mount Bethel Cemetery on Sunday, September 14, 2014, as Columbia Spy reported HERE. The medallions, which were forged by a local foundry, also appear on the grave markers of bridge burners W. Robert Crane and Jacob Rich. 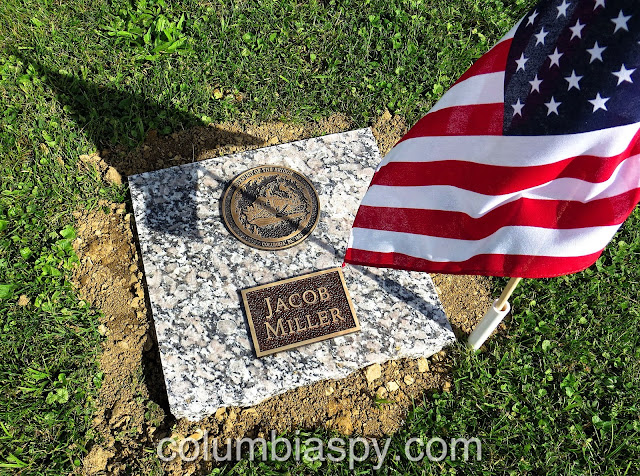 Jacob Miller, one of the original five, was an African-American whose grave marker also features a medallion. It is located in Potter's Field at Mount Bethel. His actual grave site is unknown, however, having been lost to history. 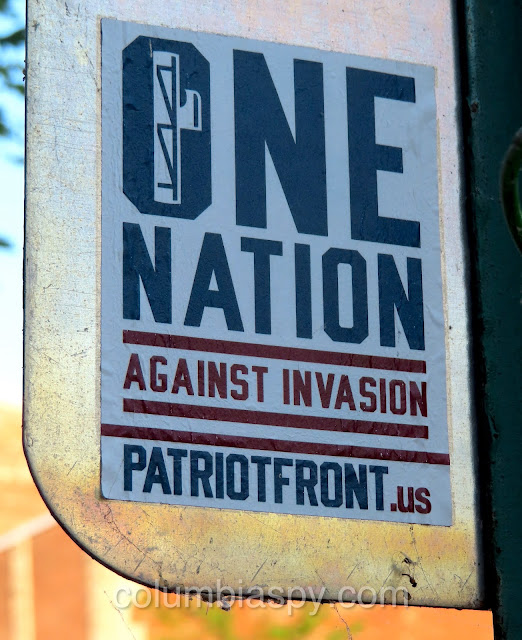 Columbia is proud of its bridge burners and rightfully so. They helped keep the Confederates out of here. Unfortunately, versions of the Confederate battle flag are now regularly seen around town, and racism is showing its ugly face. This sticker (above) promoting Patriot Front has been posted on the back of a street sign on the 300 block of Locust Street for at least two weeks. According to Wikipedia: “The Patriot Front is an American white supremacist, neo-fascist, and American nationalist group which utilizes imagery of patriotism, liberty, and other widely accepted American values to promote its ideology.”
The stickers have also appeared in State College, where officials are condemning the message and trying to track down the perpetrators.
The group also marched through Philadelphia recently, as reported HERE.
If this group were ever to march through Columbia, would Mayor Lutz summon extra police, dogs, and drones as he did last year when peaceful protesters marched for social justice and racial equality?
And will our elected officials condemn the message of Patriot Front? 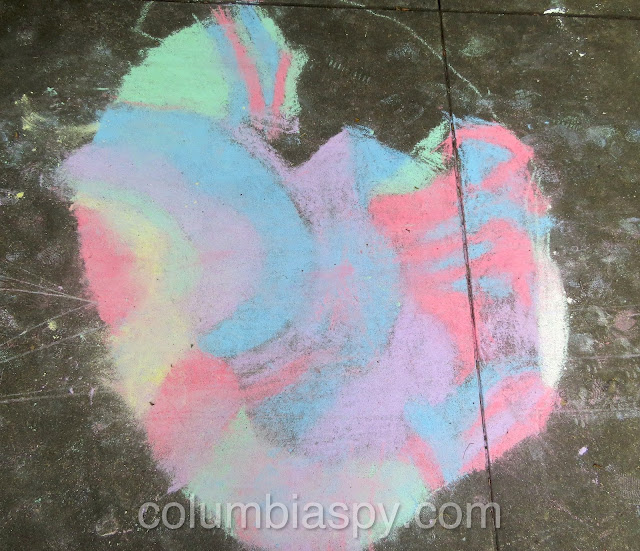 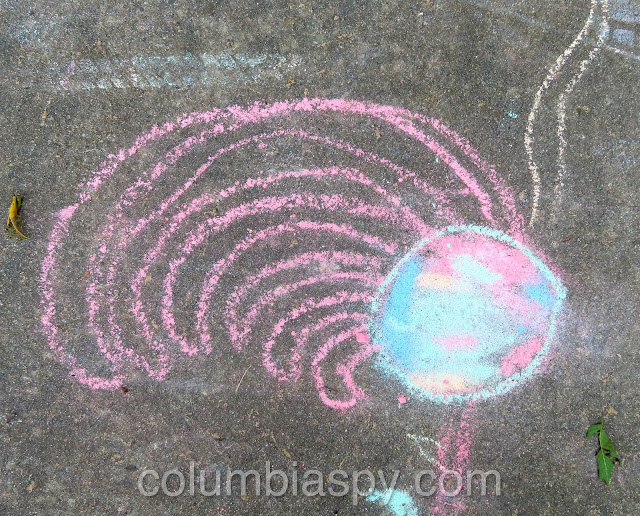 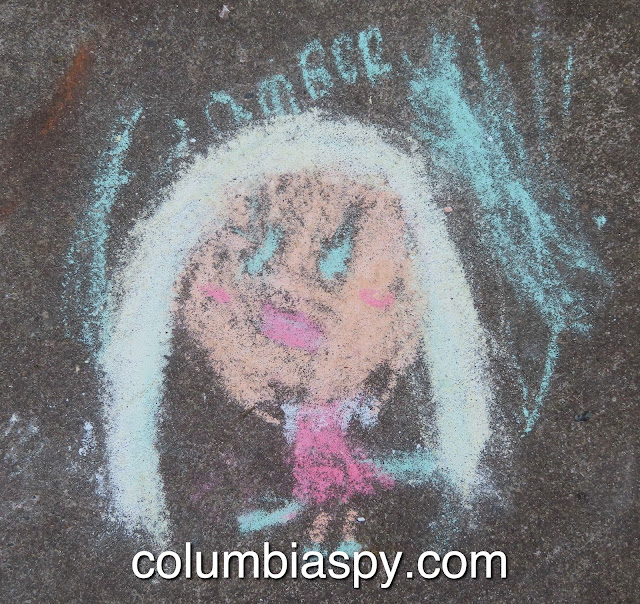 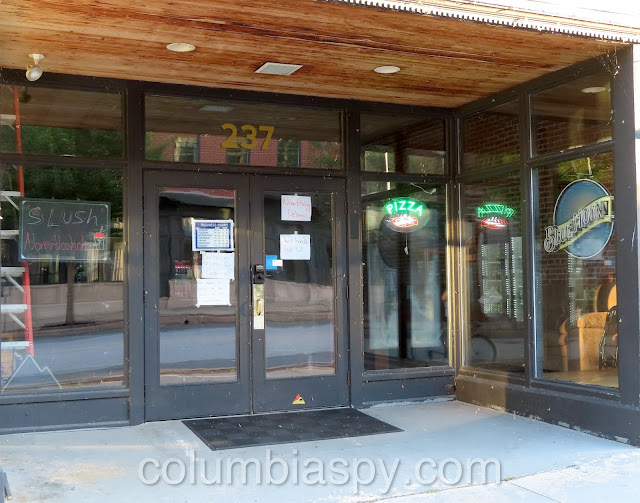 Level Up is still down on the 200 block of Locust. 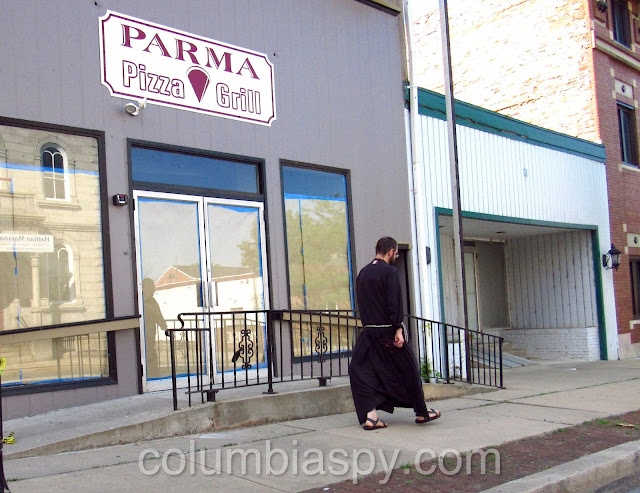 Meanwhile, across the street, Parma's moving in. 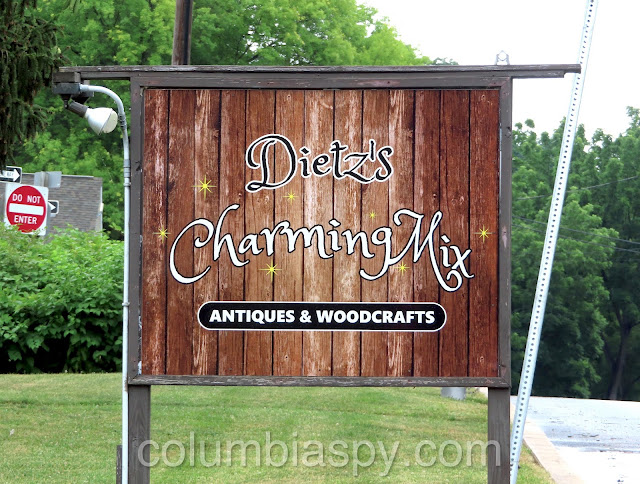 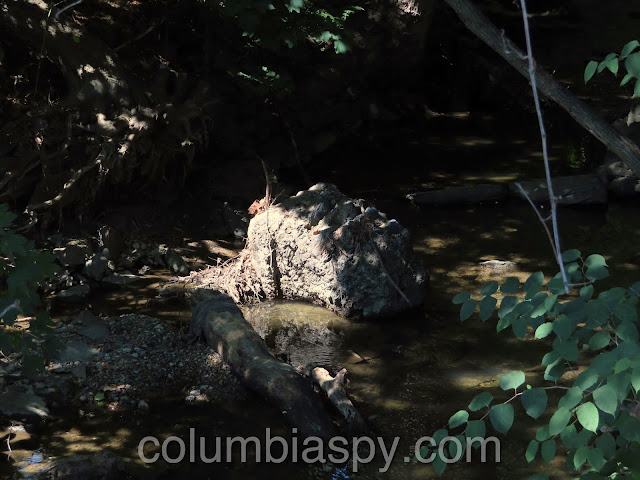 Some miscreant dumped a large chunk of concrete into Shawnee Run. 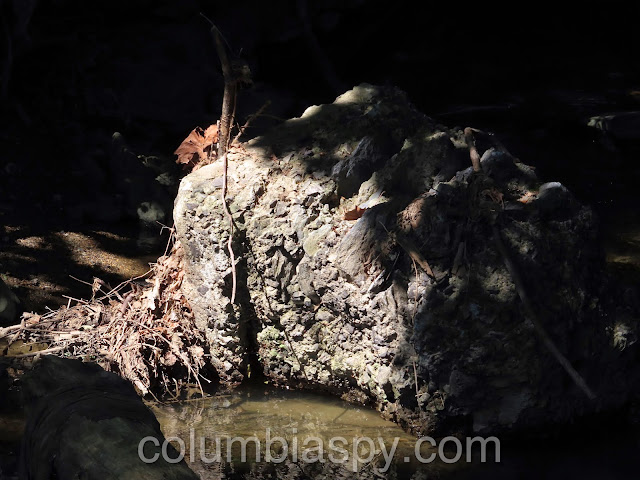 It looks like it was a base for a pole or signpost. 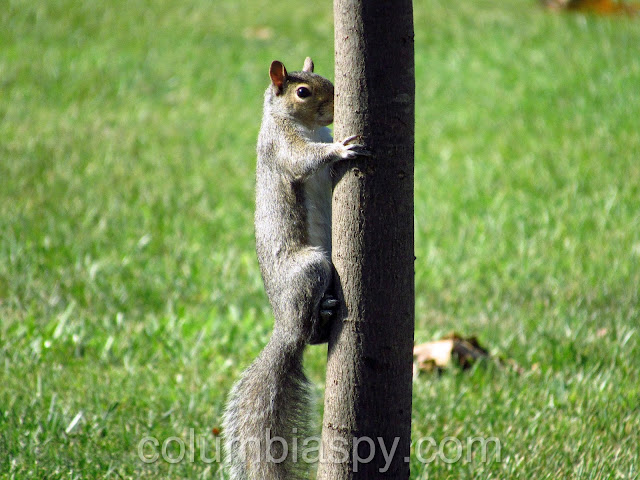