Tuesday the 15th in Scenic Columbia 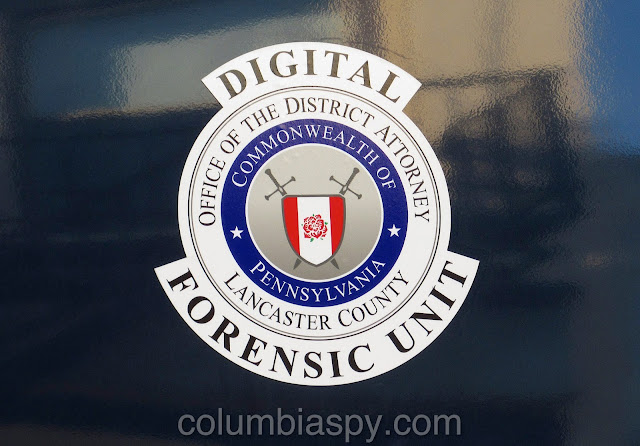 According to witnesses, several law enforcement vehicles, including the van sporting this logo, were stationed in the area of South 2nd Street, Bank Avenue, and Avenue J this morning at around 7 o'clock. Over a dozen law enforcement personnel were also on scene, including Columbia Borough police. Witnesses also say that several areas were blocked off. 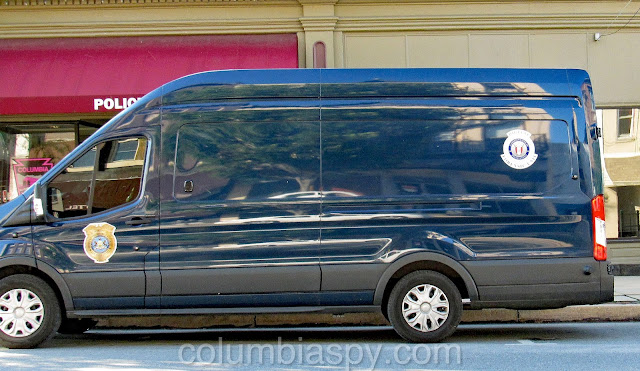 Here's the van, in front of the police station this morning. 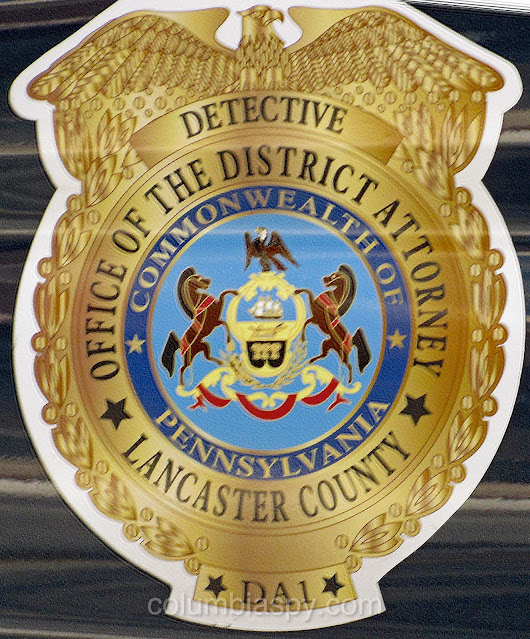 This logo also appears on the van. 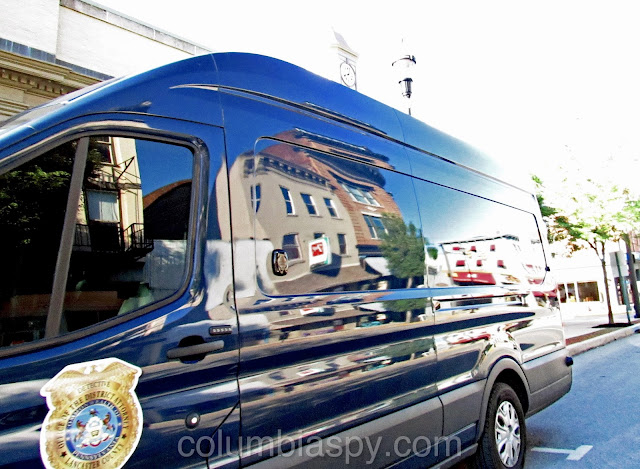 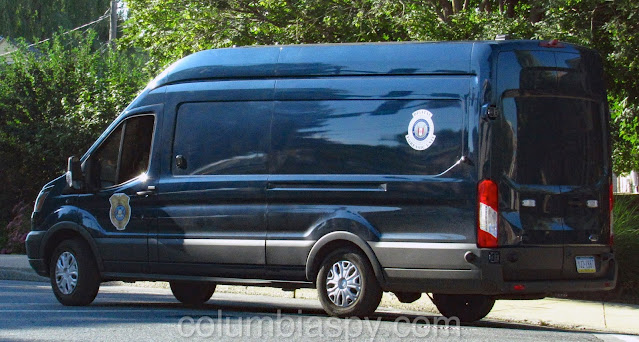 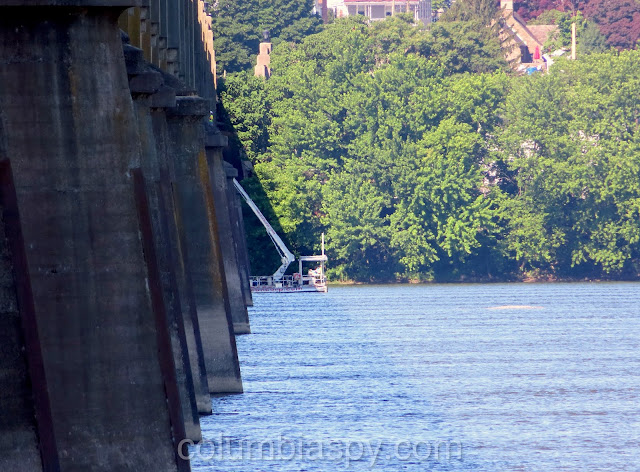 There's that boat again, still on the Wrightsville end of the bridge. 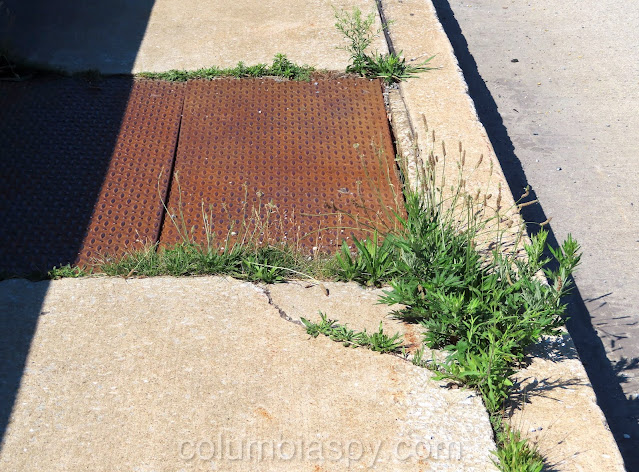 Speaking of the bridge, what's up with the weeds? 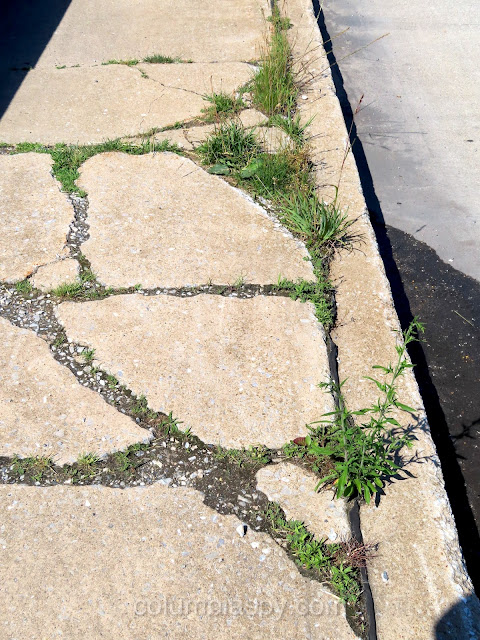 The rehabilitation project isn't scheduled to start until next year.
So, do the weeds get to stay until then?
Or does some borough or township get to cite the other?
Or cite the state? 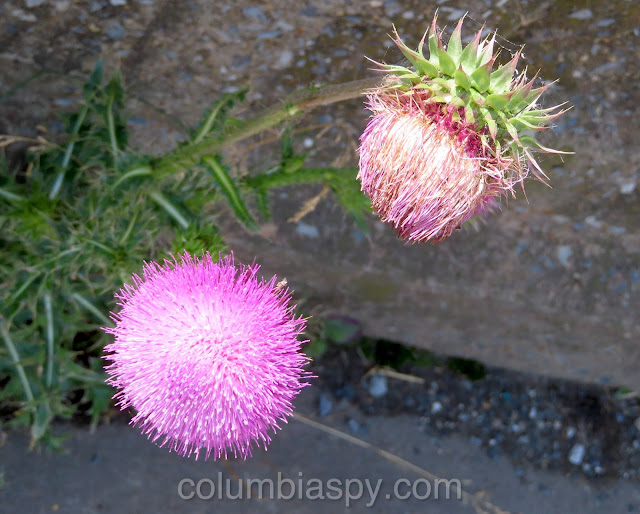 Oh well, at least we get to look at these bristly wildflowers. 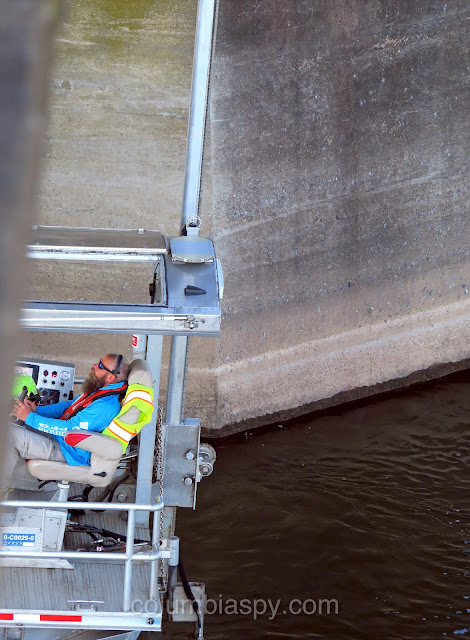 There goes the skipper of the boat, heading under the bridge. 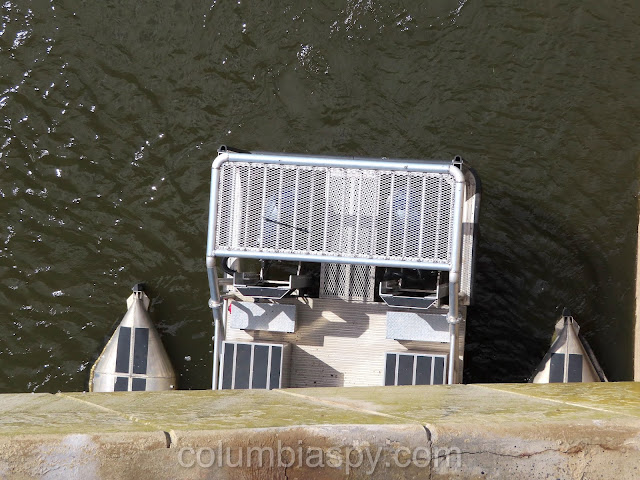 Here's the other end of the boat sticking out. 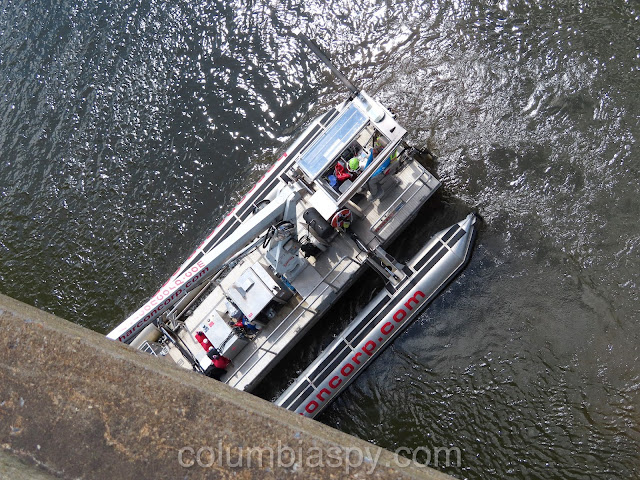 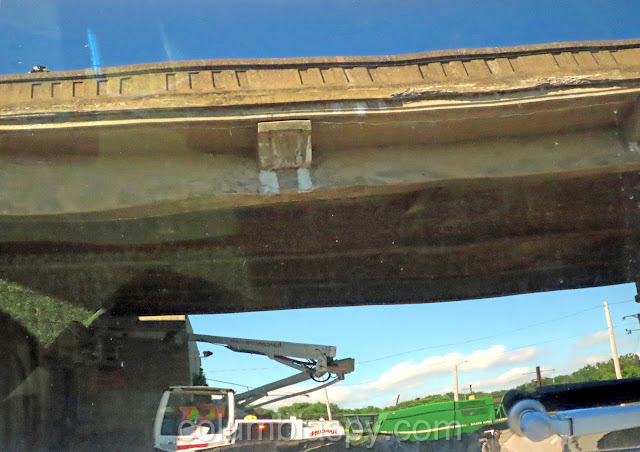 A reflection of the bridge, showing inspectors beneath 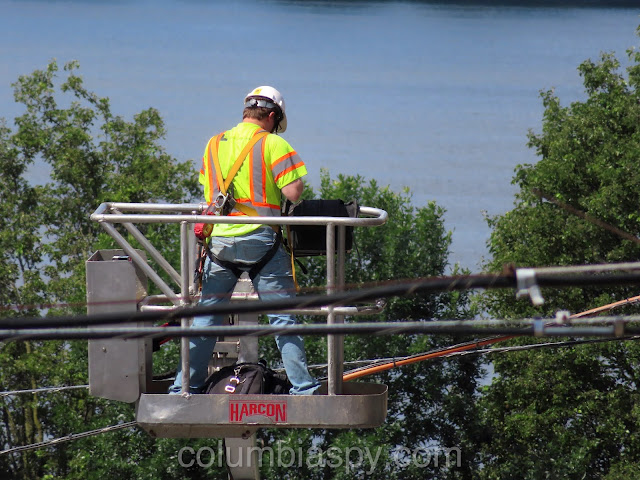 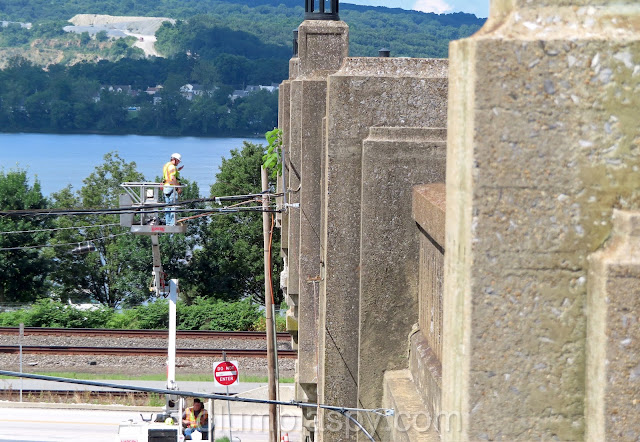 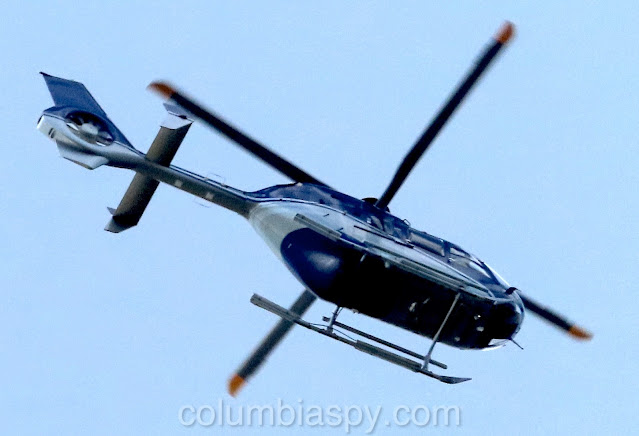 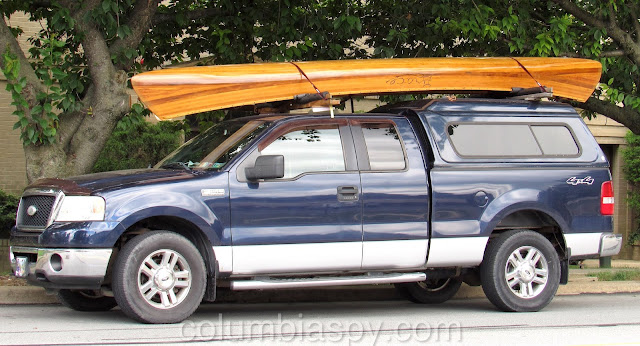 Here's a picture of a nice-looking canoe.

Strong political opinions are OK,
but, my goodness, such language
(censored to protect the innocent). 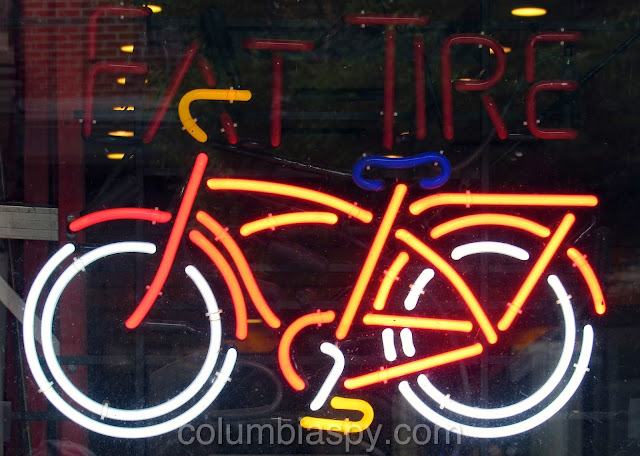 Nice neon at Level Up 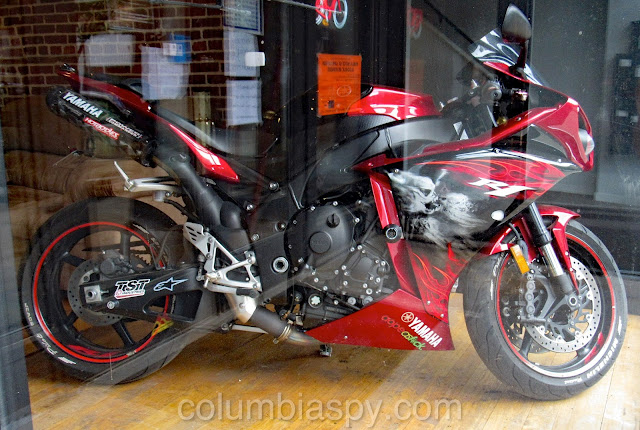 There's even a motorcycle in the window there.
Columbia Borough didn't approve their liquor license. 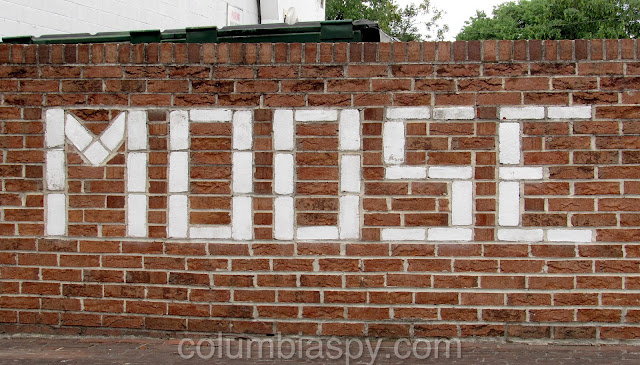 MOOSE -with dumpster peeking over 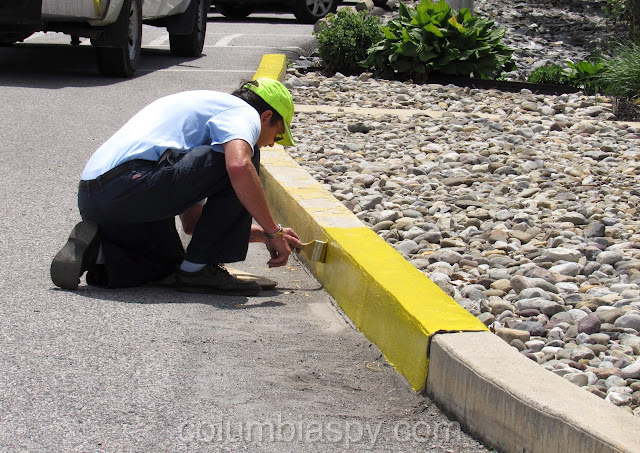 Line painting at the Columbia Water Company.
Take a good look - you're paying for it. 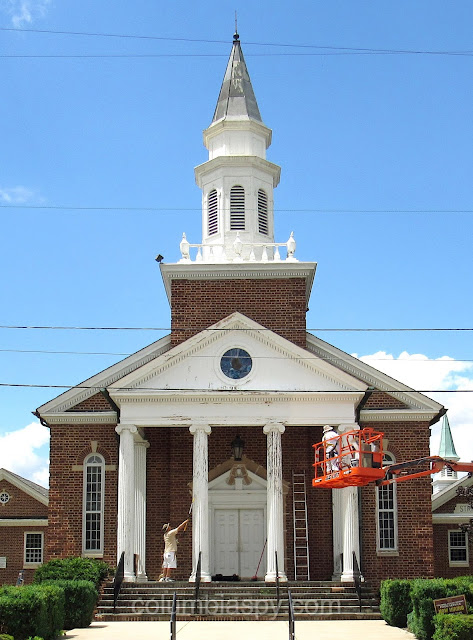 Painting is still happening at the DAC. 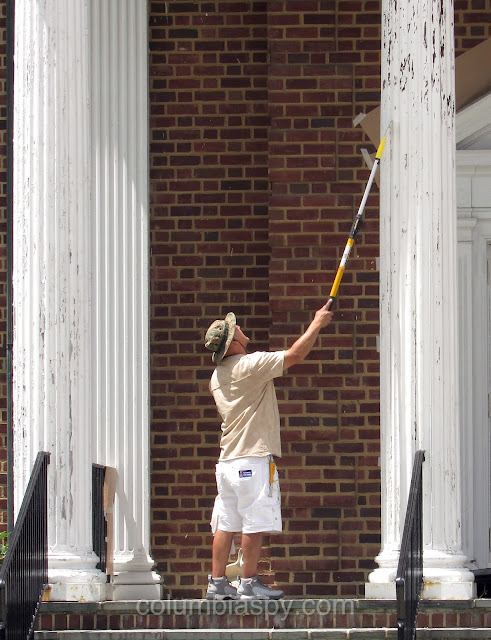 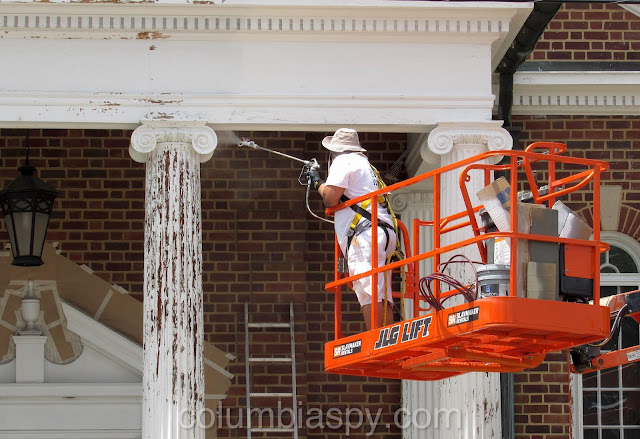 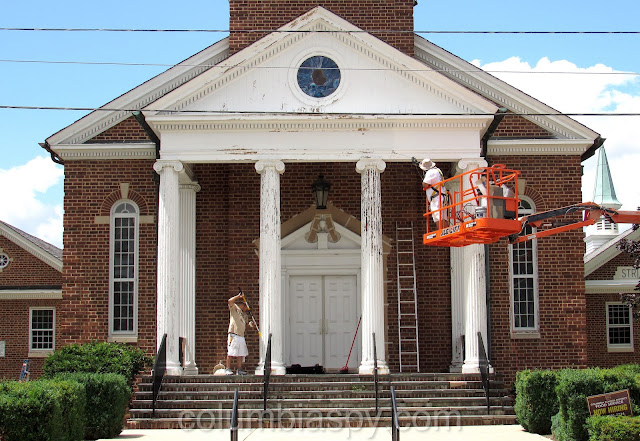