Monday the 21st in Scenic Columbia

Some photos from around Columbia . . . 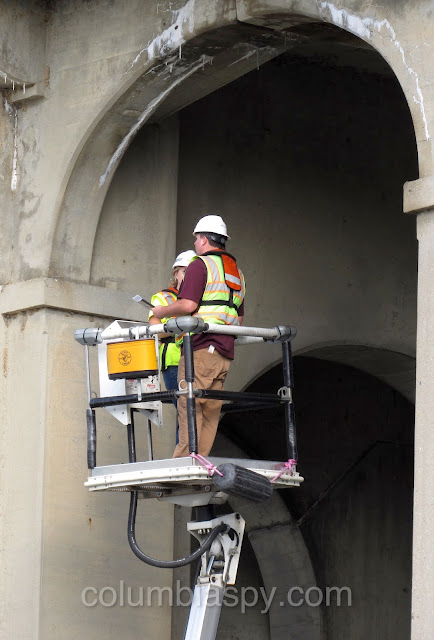 The bridge inspectors were on our end this morning. 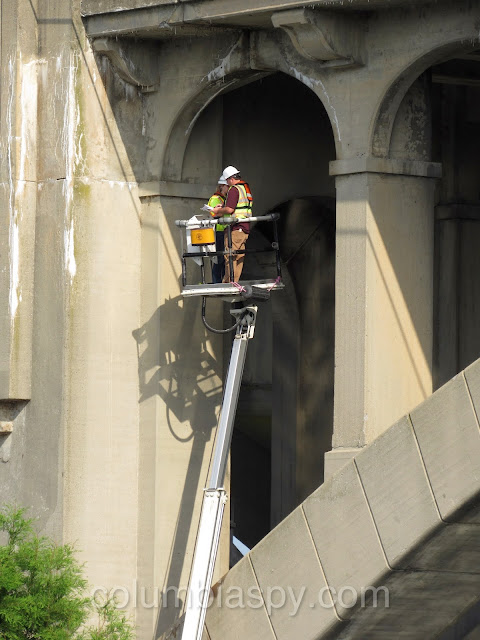 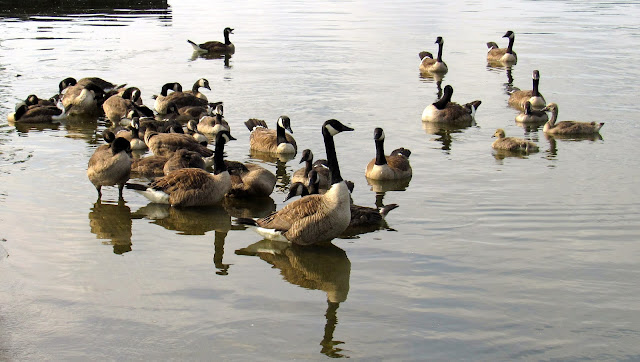 A nearby gaggle of geese watched. 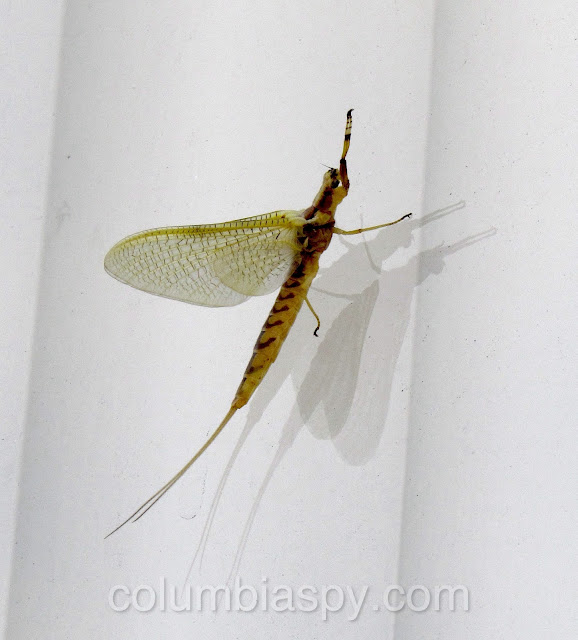 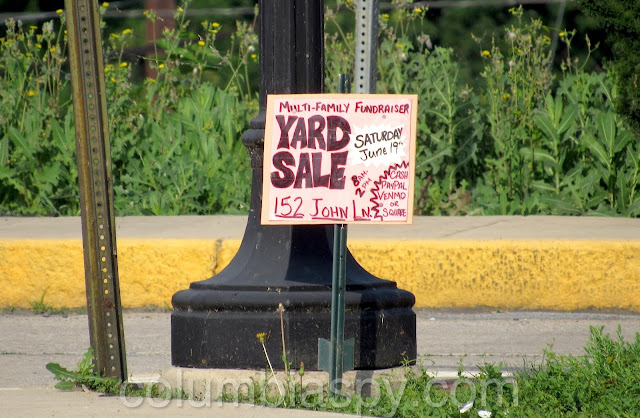 This yard sale sign has been down at the bridge plaza for at least a week. When the first commemorative bricks honoring veterans were installed there a few years ago, council said no signs would be permitted in this place of honor. 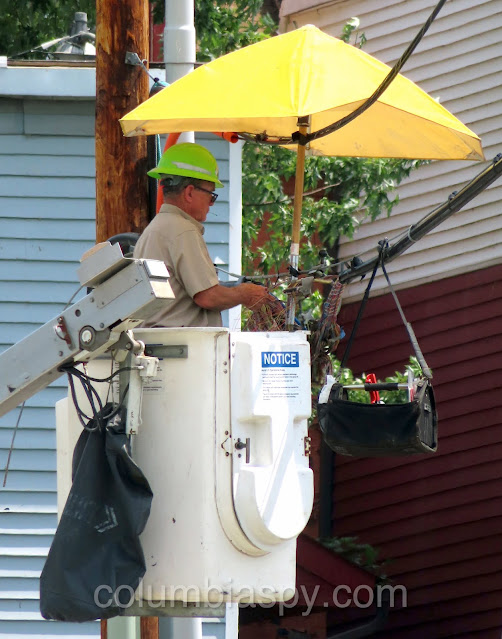 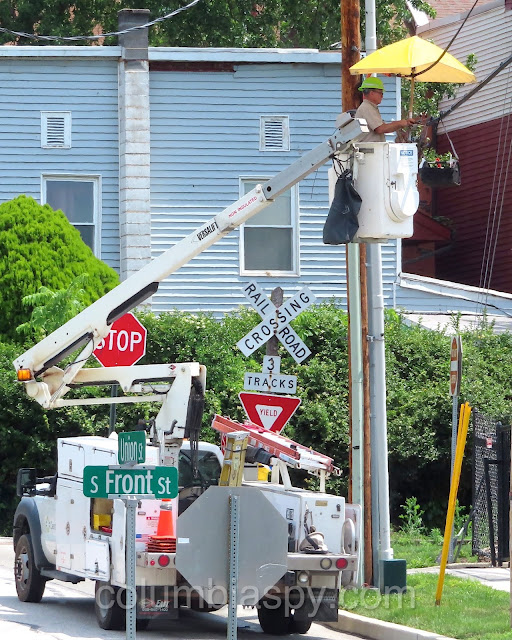 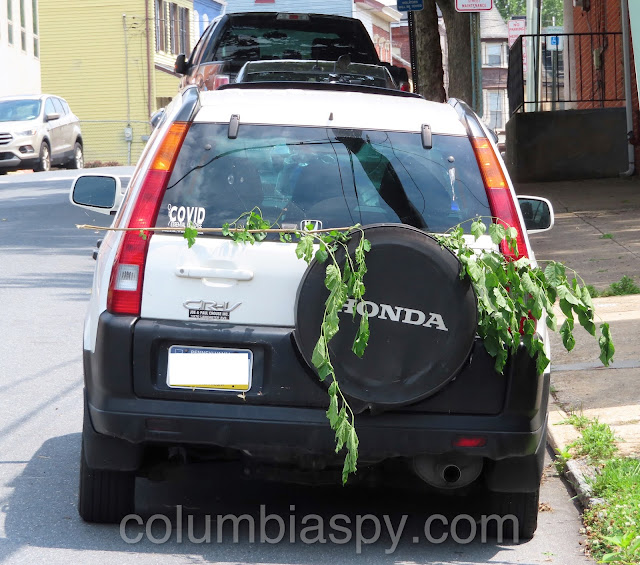 You never know when you'll need a spare branch. The fire company was dispatched to the 400 block of Locust this morning for a brush fire which turned out to be smoking mulch at the base of a parking meter post. 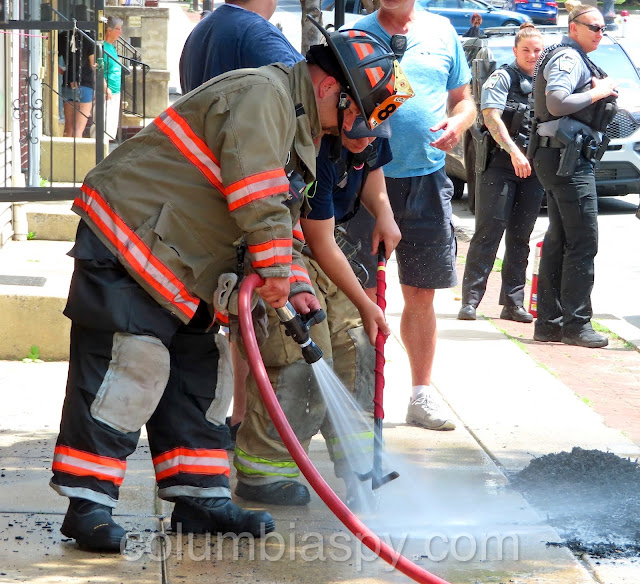 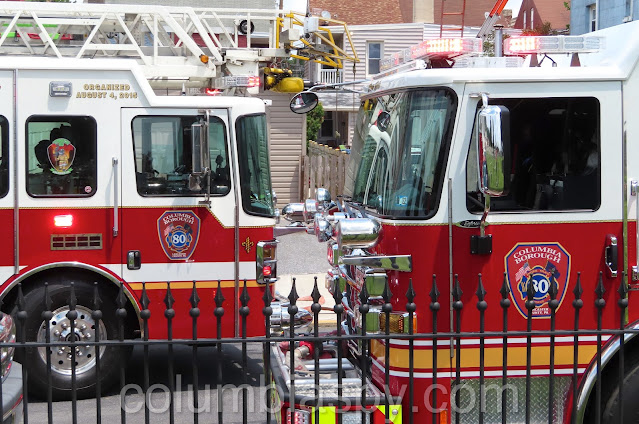 A little later, fire personnel responded to a report of a fire at an apartment on Bethel Street. 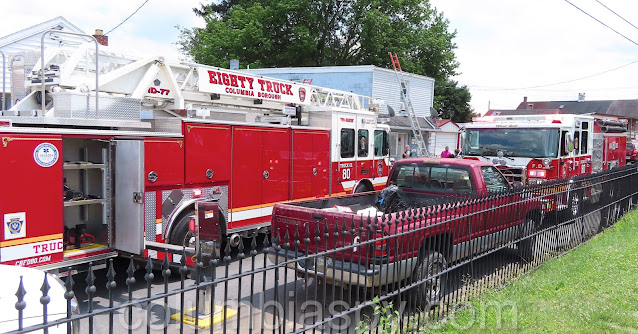 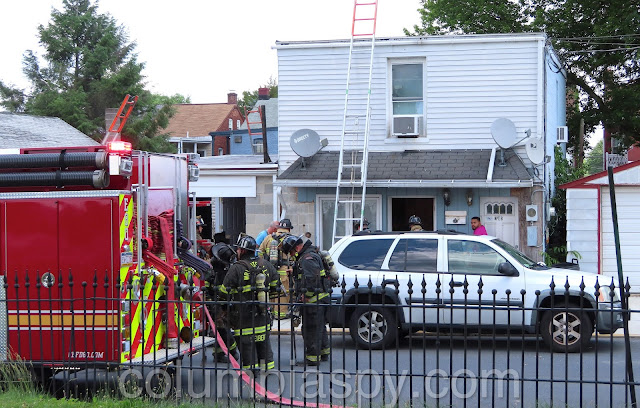 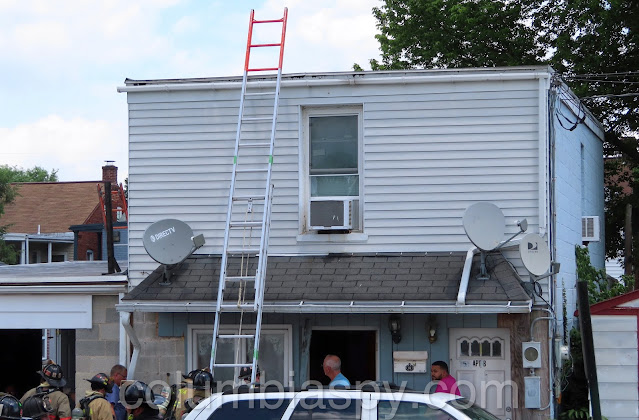 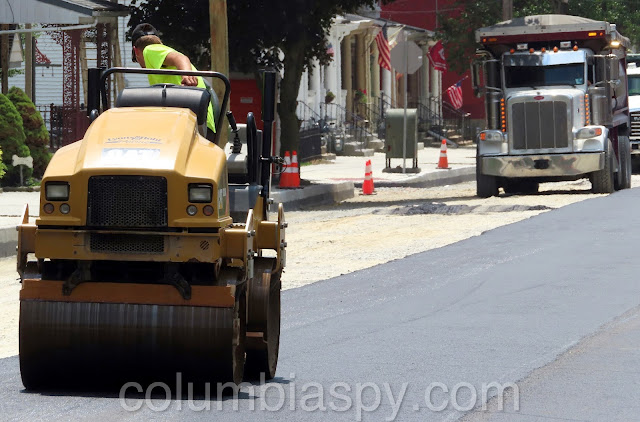 Paving was underway today on the 700 and 800 blocks of Walnut Street. 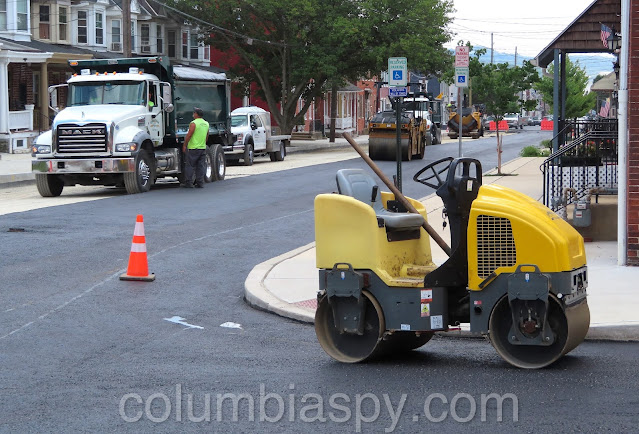 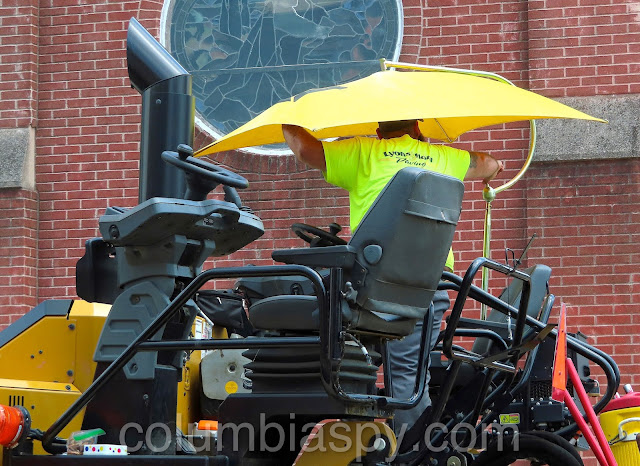 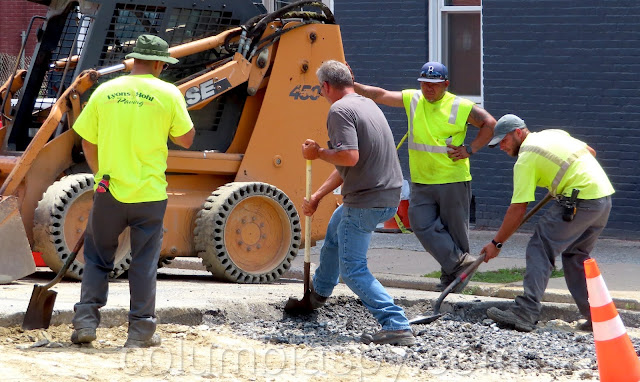 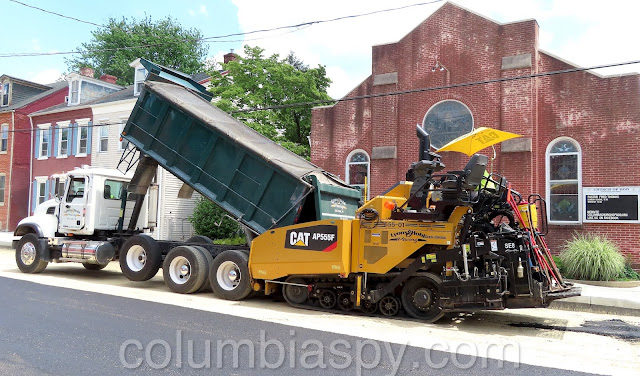 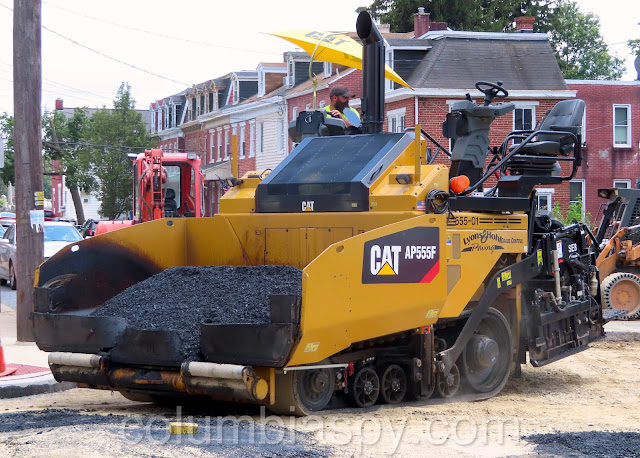 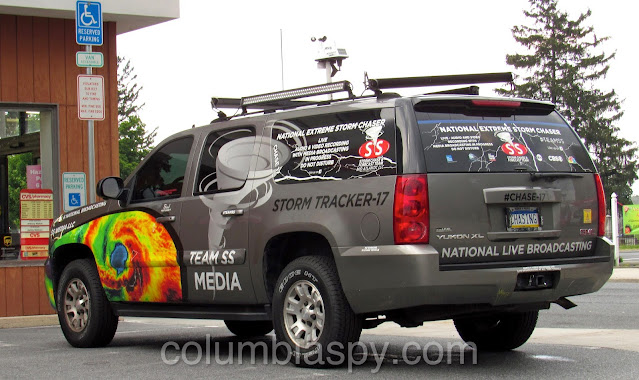 This vehicle might prove useful tonight.
Posted by Joe Lintner at 5:18 PM