Monday the 14th in Scenic Columbia

Some shots from around town today . . . 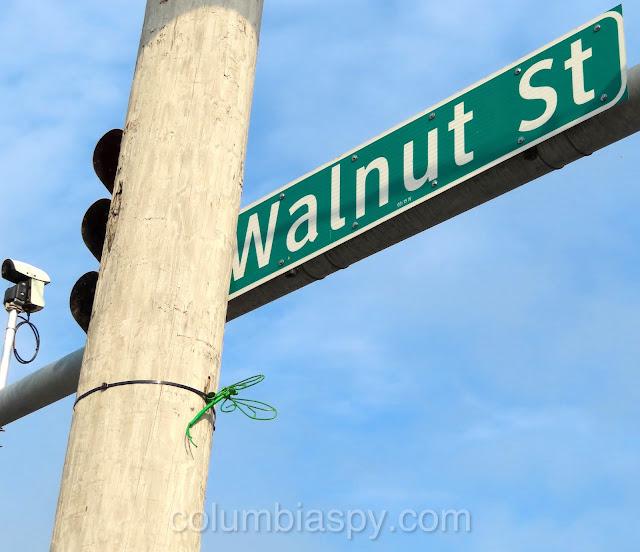 There it is.
(Is this the start of the Walnut Street Improvement Project?) 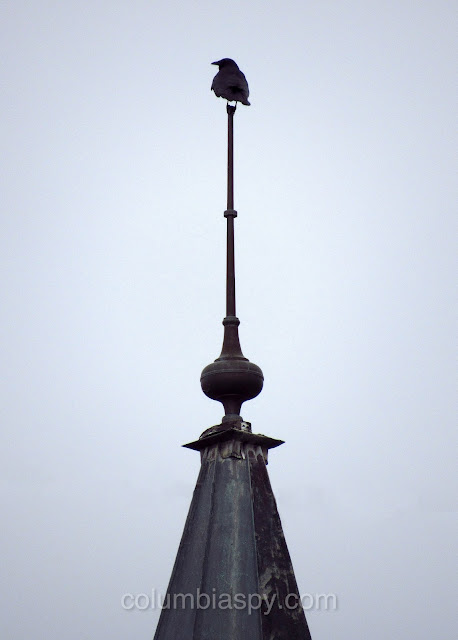 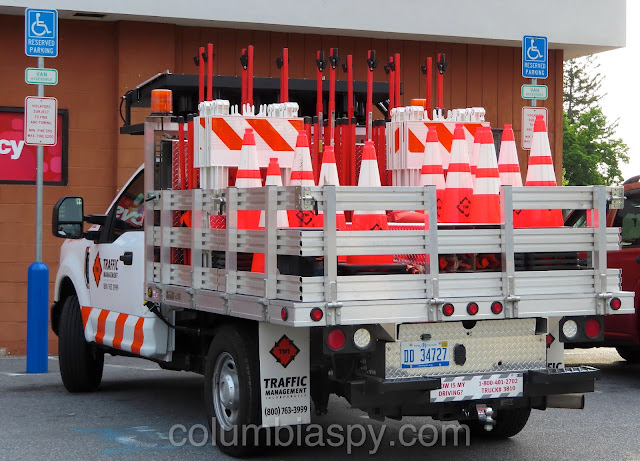 Ready for the road - some road, somewhere 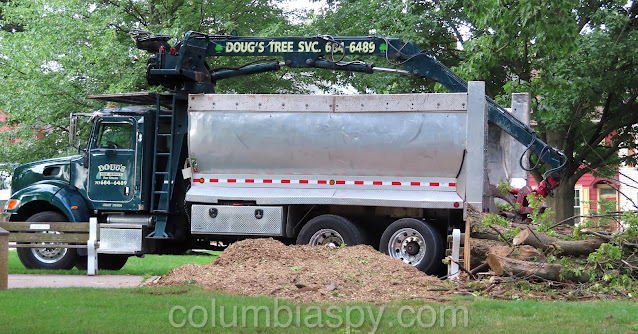 Here's how to keep your tools safe in Columbia
(although it might not be foolproof). 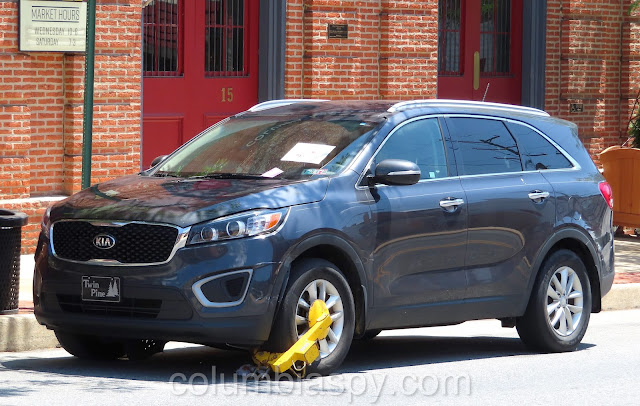 Somebody got the boot - and then some. 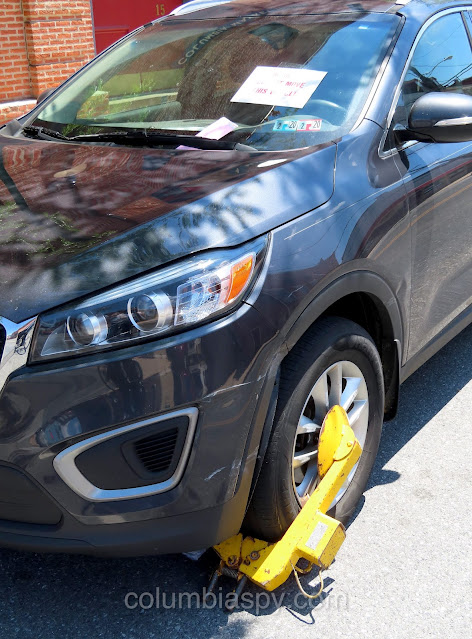 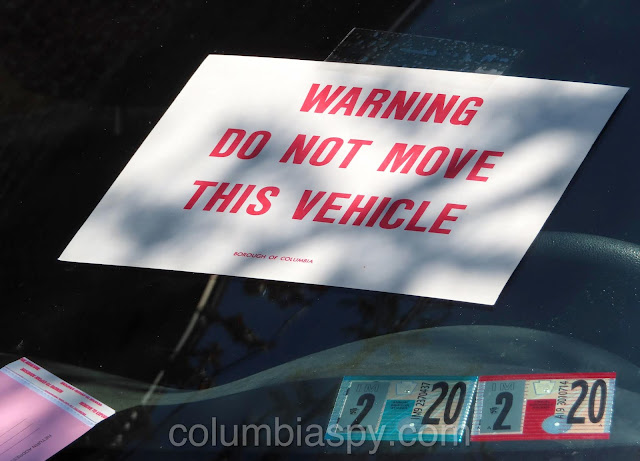 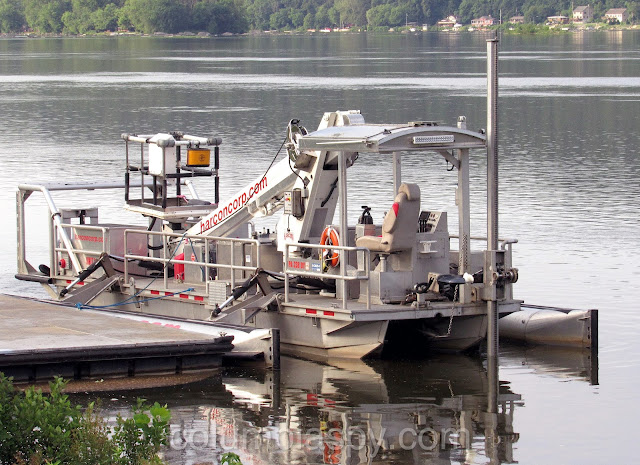 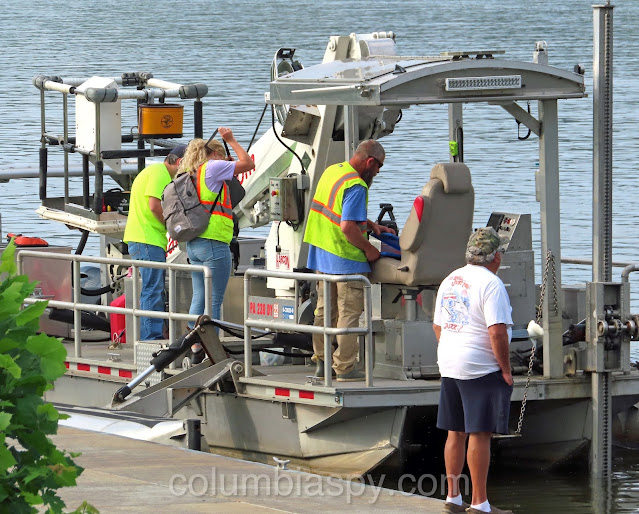 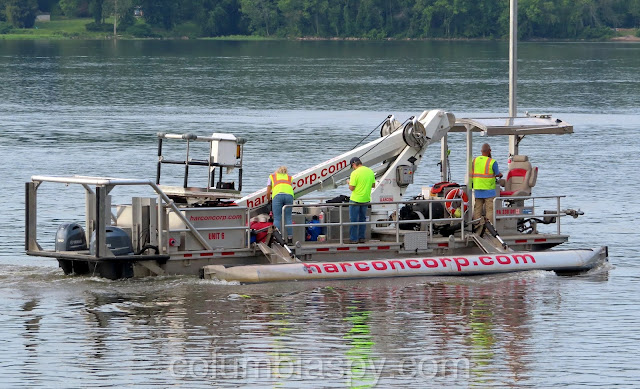 And there they go. 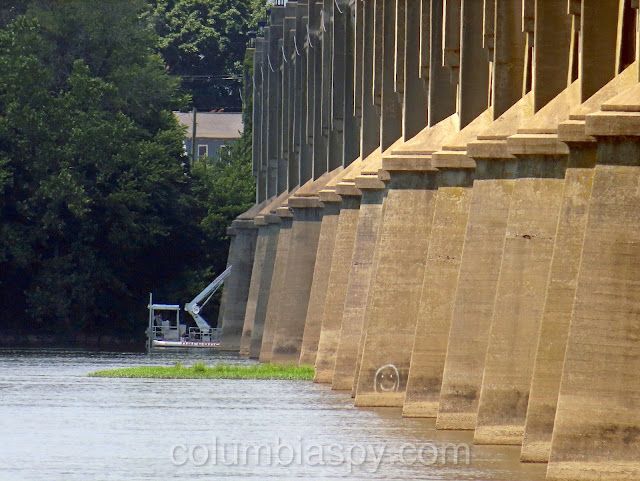 They were inspecting the Wrightsville end of the bridge today. 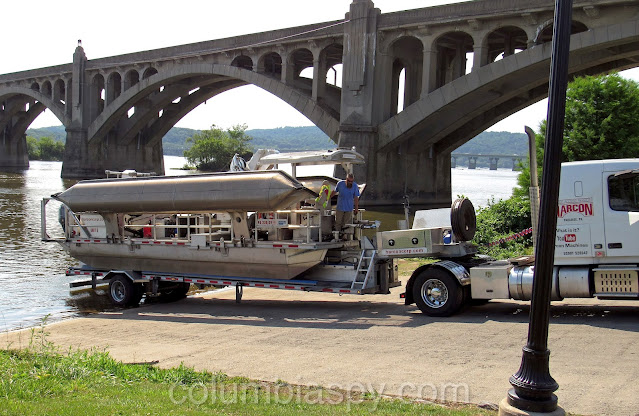 And after a long day, it was back to the park. 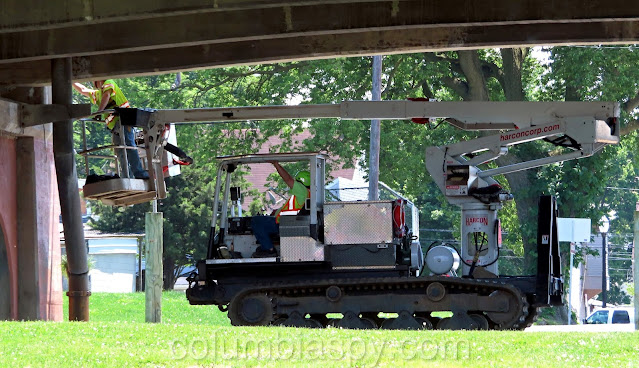 But as that was going on, this guy was inspecting another section of the bridge. 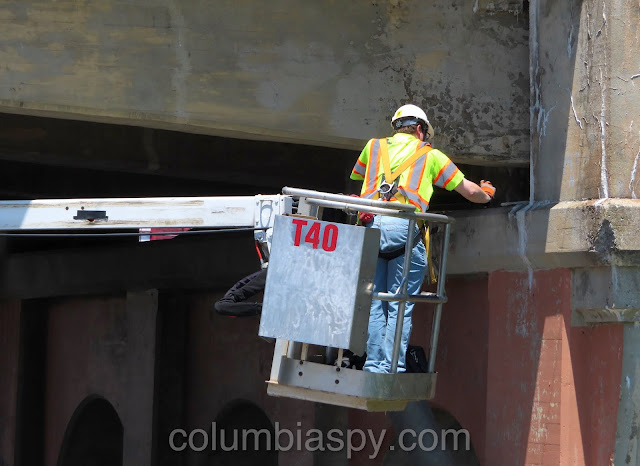 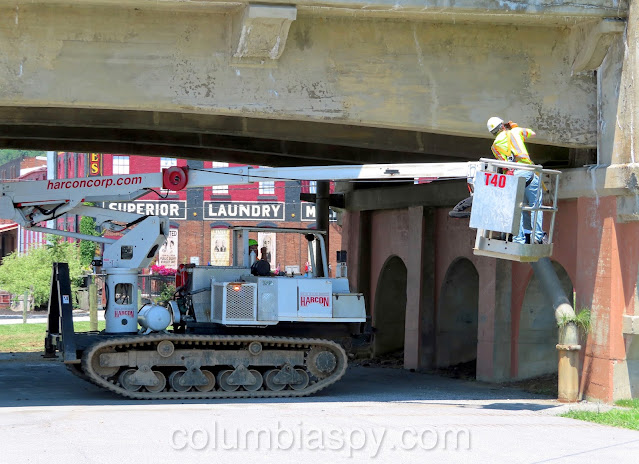 He was taking photos and hammering on the bridge. 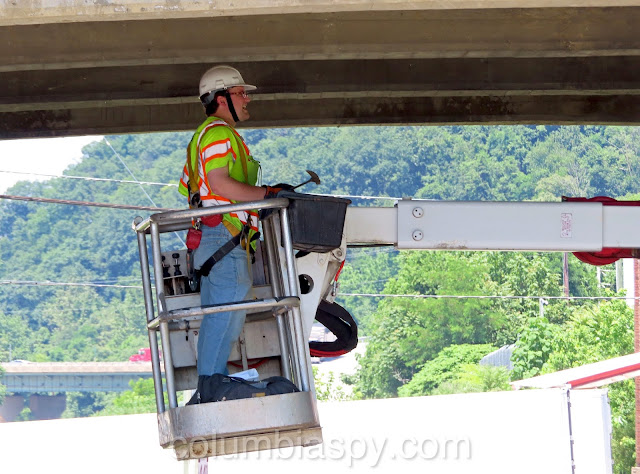 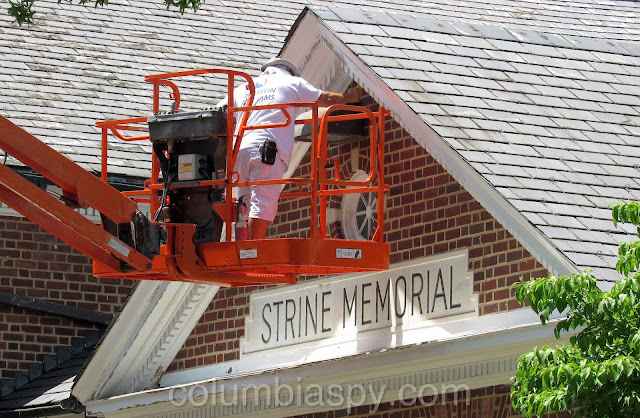 And finally - they're painting the DAC. 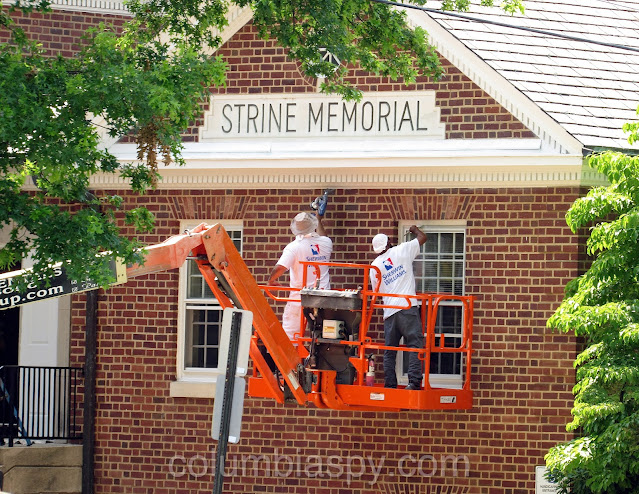