The leaders of Lancaster County’s school districts and teachers unions last week sent a letter to state Sen. Scott Martin, voicing their opposition to Martin’s bill that would ease the expansion of charter schools in the state and give businesses the ability to steer more of their tax dollars directly to charters and other private schools.

The superintendents of all 16 school districts serving the county, along with the presidents of the districts’ respective teachers unions, signed the letter to “share our collective disappointment.” They faulted Martin for failing to include strict accountability measures for charter school operators, and blasted Martin’s proposed statewide commission that would have the power to approve new charter schools over the objections of local school districts.

Martin’s proposal, Senate Bill 1, passed the Senate education committee last week and is scheduled to be considered by the Senate on Wednesday. The state’s largest charter association, the Pennsylvania Coalition of Public Charter Schools, supports the bill, as well as other conservative groups, but Gov. Tom Wolf has already vowed to veto it if it passes in its current form.
MORE HERE. 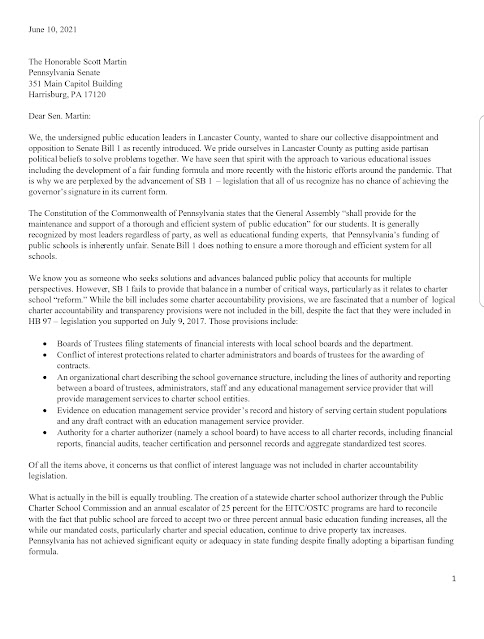 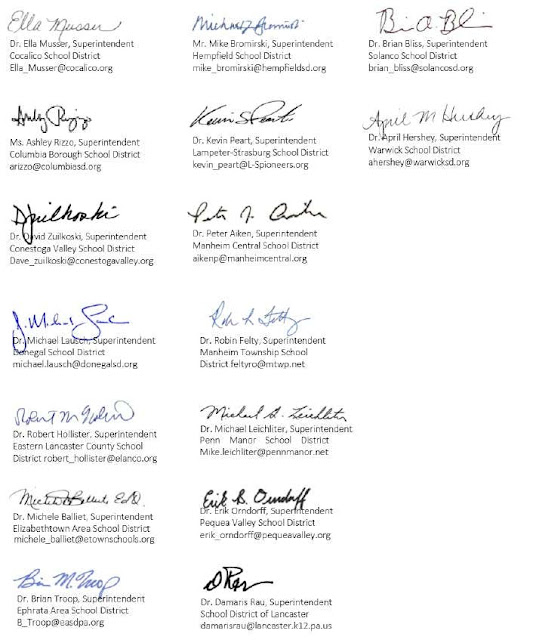 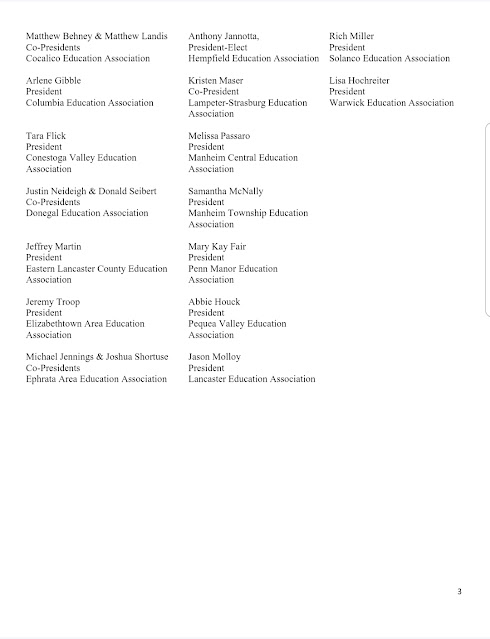 No further information yet