Another vehicle into a porch - in the same block as before 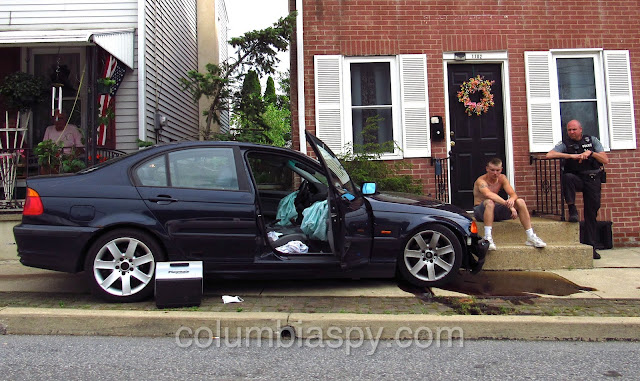 A vehicle crashed into a small concrete porch on the 1100 block of Lancaster Avenue shortly after 4 o'clock this afternoon. Based on tire tracks, the BMW 323i was apparently heading west on Lancaster Avenue when it crossed into the eastbound lane and onto the sidewalk. According to the dispatch sheet (shown below), there were no injuries. Three weeks ago, a similar accident occurred when a vehicle took out two porches on the same block, as Columbia Spy reported HERE. 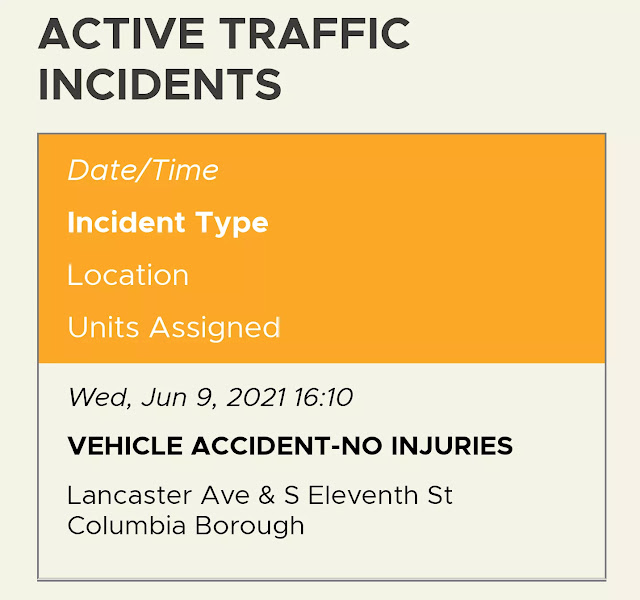 How come there's NEVER a follow up in the news about the circumstances surrounding these fools that do this crap. And who they are? 🤔