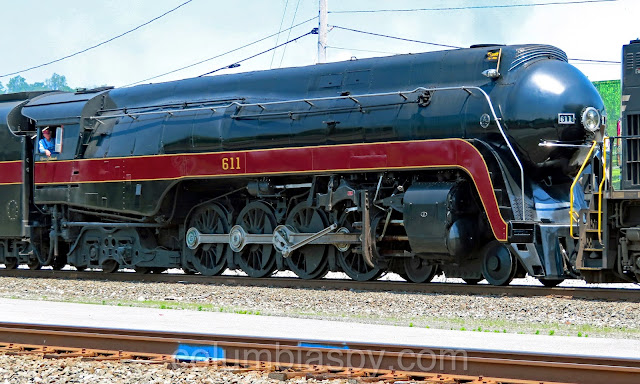 The Norfolk and Western 611, also known as the "Spirit of Roanoke" and the "Queen of Steam" rolled through Columbia shortly after noontime today, after leaving Enola late this morning. Assisted by a diesel locomotive and accompanied by several cars, the steam-powered 611 was on its way to the Strasburg Rail Road, where it will be on display. (It was previously in Strasburg in the fall of 2019.) The locomotive was restored in 1982 and 2015. 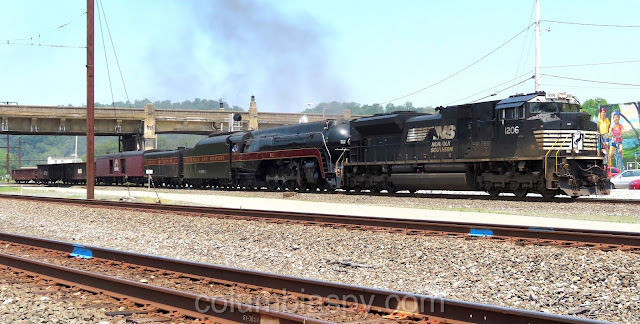 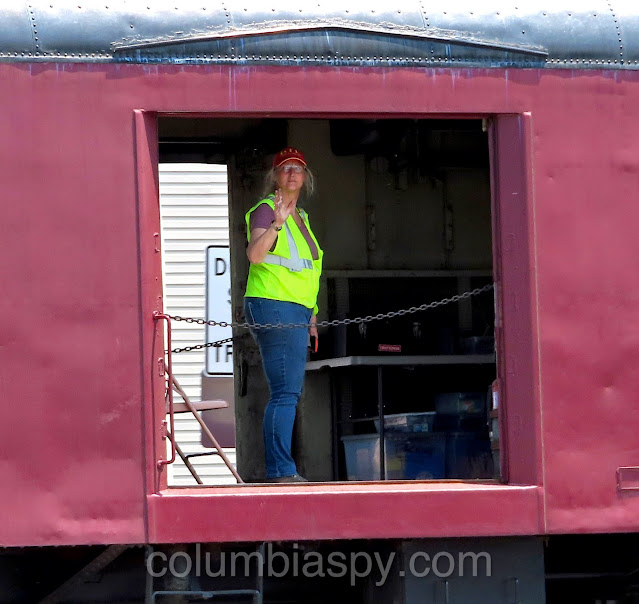