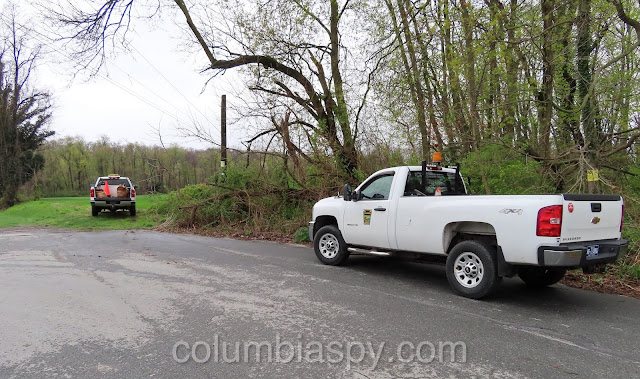 Two borough trucks were parked at the 12th Street entrance to the McGinness property late this morning.

At last week's Columbia Borough Council work session, borough manager Mark Stivers said environmental studies of the McGinness property at 1020 Manor Street would begin today (Monday, April 12, 2021), but as of late morning no engineering vehicles or equipment were to be seen. There were, however, two borough trucks at the 12th Street entrance to the property. The borough hired two firms to conduct the studies during this "due diligence" period, which is projected to last through May. Stivers wants the borough to purchase the property in early July of this year, if all goes well. The property was recently listed at $1,495,000.

Columbia Borough considered purchasing the property once before, in 2017. As part of the process, a study of the property was done, the results of which are not publicly available. Only one small excerpt was revealed at the July 24, 2017 council meeting and is the first of three contradictory explanations presented by borough officials on why that purchase was canceled. According to the minutes of the meeting, council nixed the purchase because "environmental and/or subsurface conditions of the property are unacceptable to the borough."

Excerpt from the minutes of the July 24, 2017 Columbia Borough Council meeting 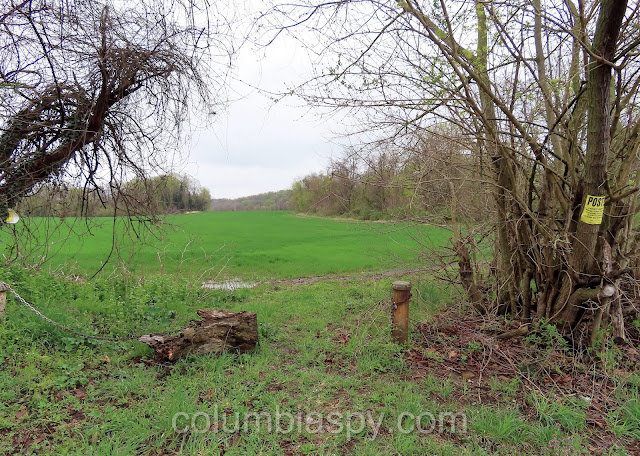 The McGinness property, as seen from South 9th Street this morning
Posted by Joe Lintner at 1:28 PM