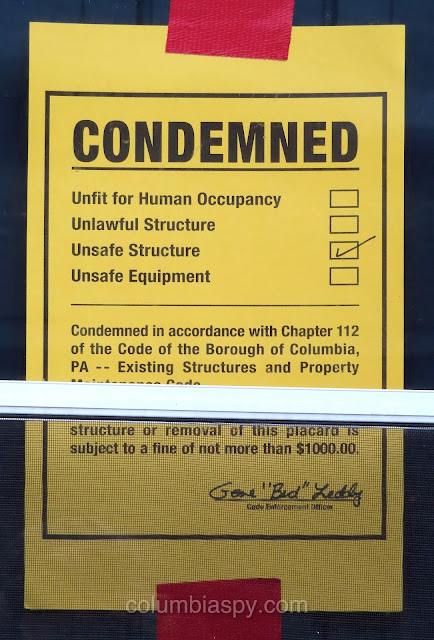 The Columbia Borough Codes Department condemned a Columbia house this morning, after it was struck overnight by a hit & run vehicle. The house, at 458 Cherry Street, sustained serious damage to its front wall, causing the borough to deem it an "unsafe structure."
According to the police report, "a wall partially collapsed onto a couch in the living room of the first floor apartment. The striking vehicle left the scene. A man and young child were asleep on the second floor of the building and were not injured. The striking vehicle was probably a Lexus and has damage to the front end."

Anyone with information regarding the crash is asked to contact the Columbia Borough Police at 717-684-7735. 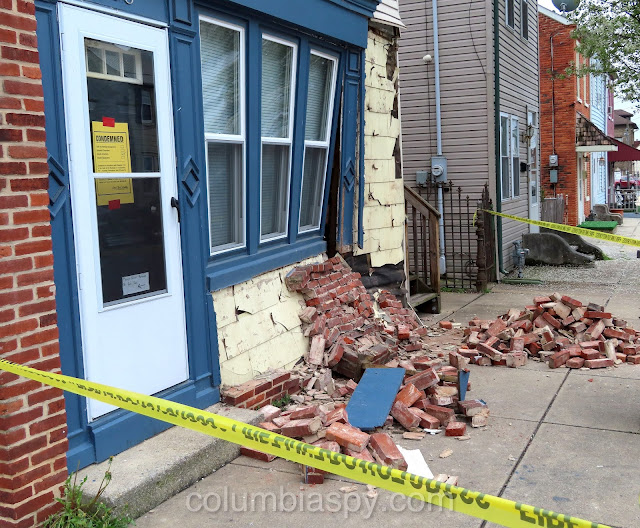 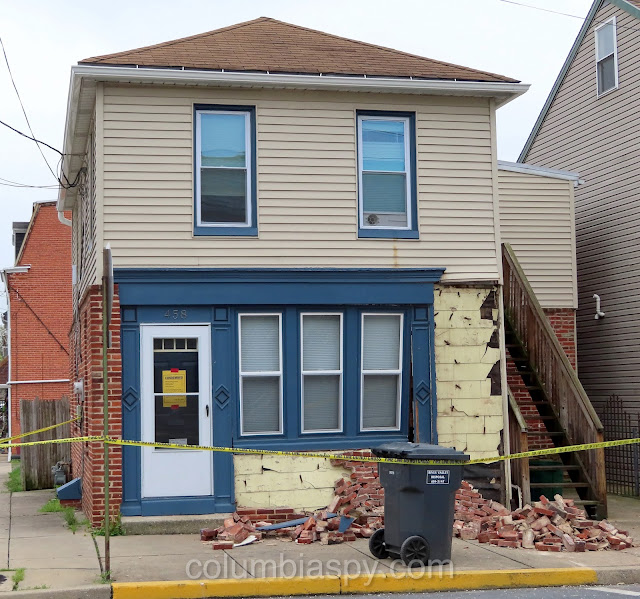