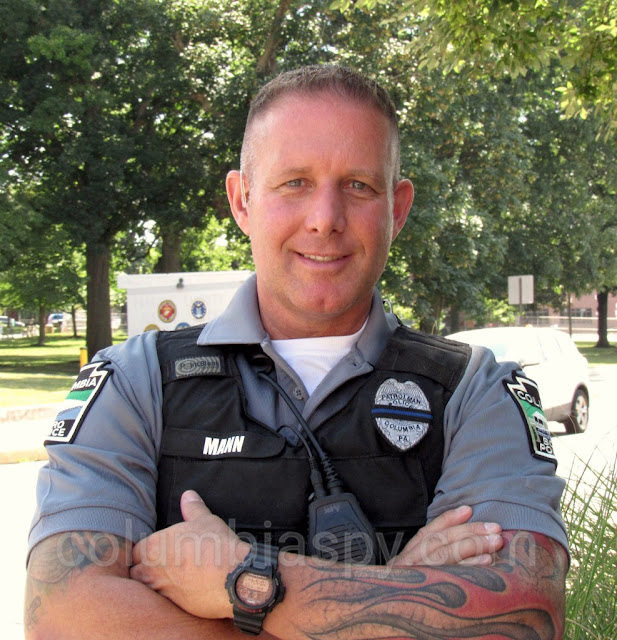 Officer Edgar Mann
[Columbia Spy file photo]
Officer Ed Mann has retired from the Columbia Borough Police Department, it was announced at Tuesday's borough council meeting. Mann, who was with the force since 1997, was instrumental in organizing Columbia's "National Night Out" event, as well as the K-9 program, according to Chief Jack Brommer. "We greatly appreciate his service to the community, and we wish him well in his retirement," Brommer said.
Posted by Joe Lintner at 3:14 PM

Congratulations on your retirement Officer Mann. Enjoy your calmer days ahead!