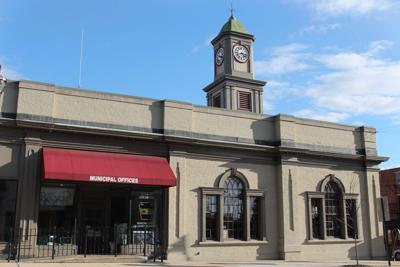 What happened: Look for a new branded logo for Columbia Borough. Council members tasked their advertising and public relations firm, Gavin Marketing, with creating a single message and image describing the borough as a vibrant, family-friendly, historical area.

Quotable: "We want the same, consistent brand message across the board. We want it to be welcoming, and show that we're ready to move forward," Heather Zink, council president, said after the meeting. "I'll know it when I see it."

Background: The borough now displays different images and messages. For instance, the council uses one logo on its stationery and another on the side of police vehicles. Some borough signs display another image. Council hired Gavin in October to handle communications about the borough's plan to purchase the McGinness airport property, voting to pay the York-based marketing firm a $2,500 monthly retainer through July. Legal issues delayed the airport property purchase, so council voted to direct Gavin to work on the borough's brand — a combination of a uniform image and message that represents Columbia. By redirecting Gavin, council will save a $2,500 termination fee because the agency will now work on the logo instead of the airport purchase, Borough Manager Mark Stivers said.

Code conflict: Council members may approve an ordinance that would correct two contrasting statements regarding where residents can build property fences. One part of the code says fences must be two feet from a residential property line. Another statement says residents may build fences directly on the property line. Council members lean toward allowing fences at the property line, but first will seek recommendations from the Columbia and Lancaster County planning commissions before making a decision, Zink said.

Open positions: Interested residents may apply for a vacant council position after Pam Williams recently resigned. Anyone interested in serving on council must be a registered voter and have lived continuously in the borough for the past year. Letters of interest, addressed to Council President Heather Zink, must be received by Feb. 22, at the borough office, 308 Locust St., Columbia, PA, 17512. Applicants also may email HZink@columbiapa.net. Public interviews will follow, Zink said. The borough also has two open positions on its Parks and Recreation Advisory Board, as well as two alternate spaces on the Zoning Hearing Board. Interested residents may write or email the council president.

Fire Report: Fires and other emergencies declined in the borough in 2020 when compared to 2019, council members learned. Fire department volunteers responded to 661 incidents this past year, down from 725 incidents in 2019, Fire Chief Scott Ryno told council when he presented the department's latest annual report.

What's next: The borough will hold a council meeting at 7 p.m. Feb. 23, and the meeting will be streamed on the borough's Facebook page.