This week's photos of Columbia 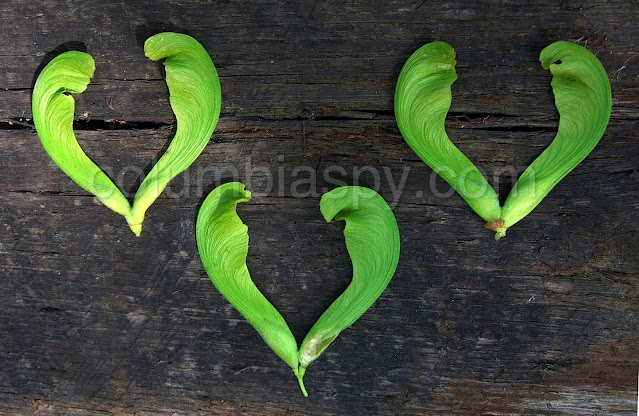 In observance of Valentine's Day, here's a photo titled "3 of Hearts" that was published on Columbia Spy a few years ago. 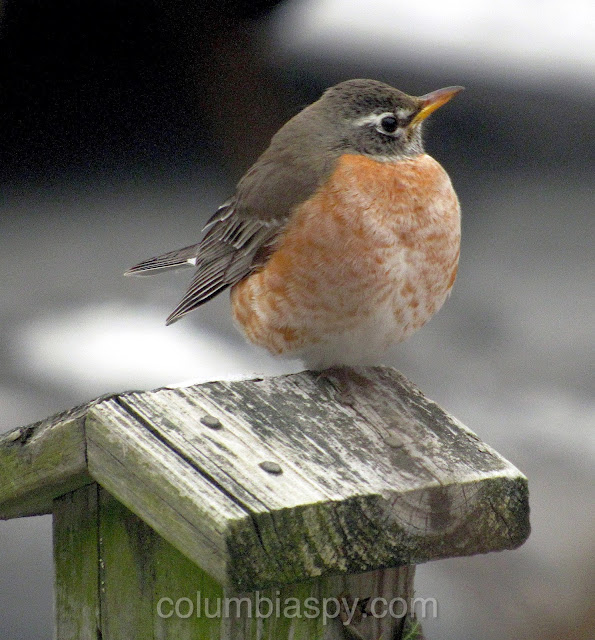 Is this robin the sign of an early spring?
Let's hope so! 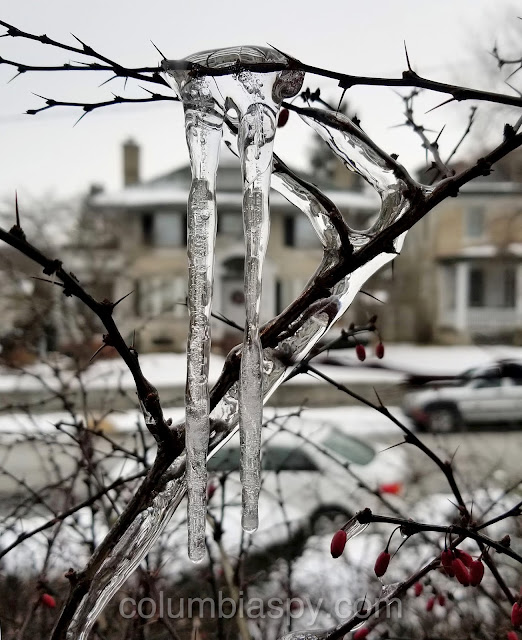 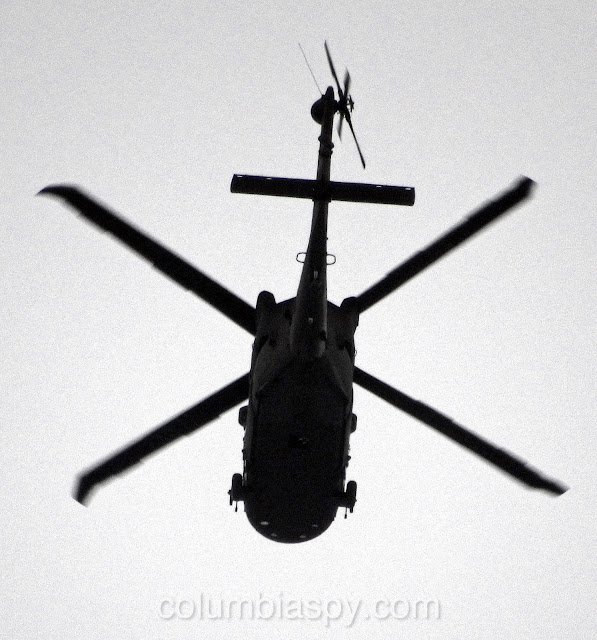 This helicopter was flying over the town on several days last week. 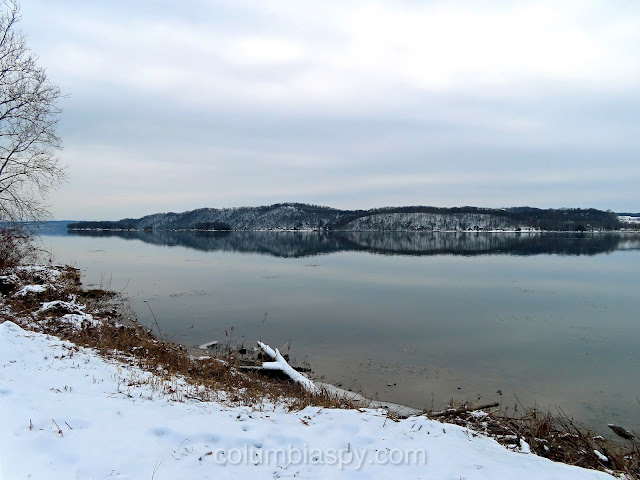 The river was as smooth as a mirror at one point. 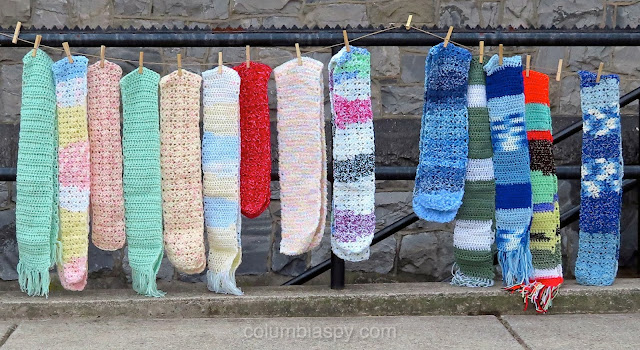 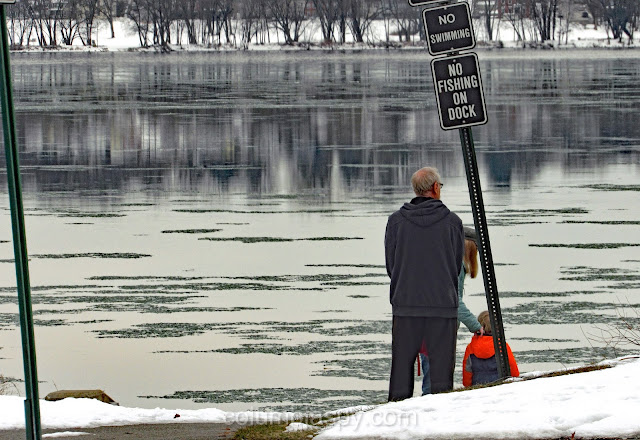 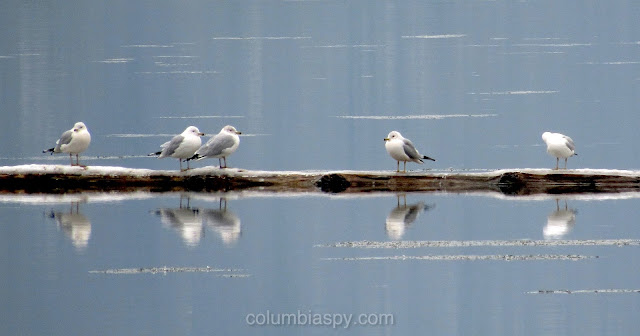 Several gulls were "reflecting" on the river. 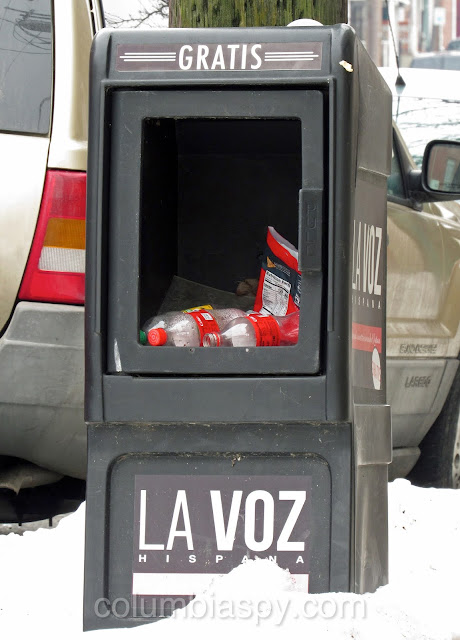 This newspaper dispenser has become a trash depository.

Letters are needed at Joe's Steak Shop, and people need to stop stealing them. 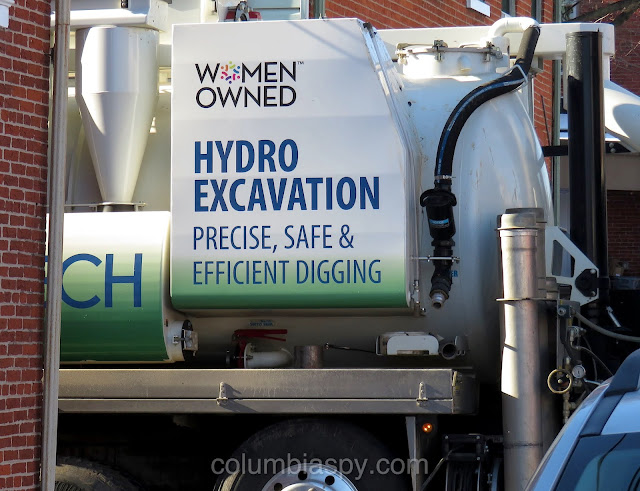 Women Owned
This oversized load somehow got onto Walnut Street. It took up almost two lanes. 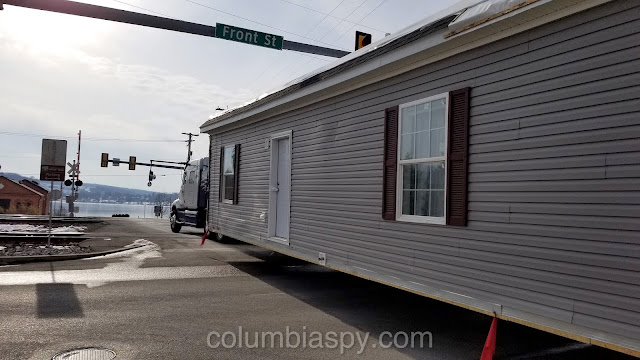 It was heading towards Columbia River Park.

On the way, it almost got stuck on the railroad tracks at the entrance to the park. 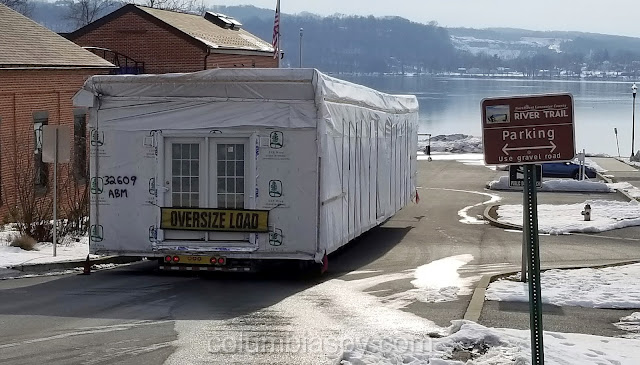 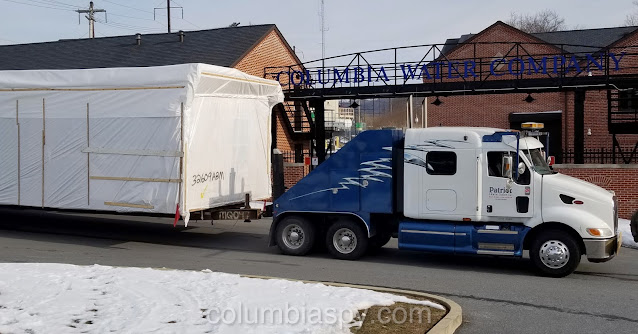 . . . right in front of the Columbia Water Company. 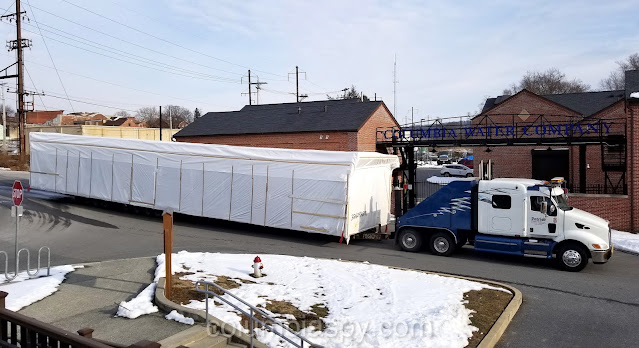 The driver then began backing it onto Heritage Drive. 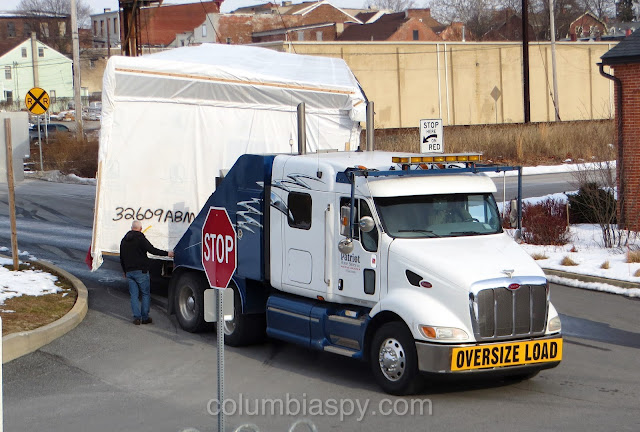 The turn was pretty sharp.

But thanks to some skillful driving, and direction by a helper . . . 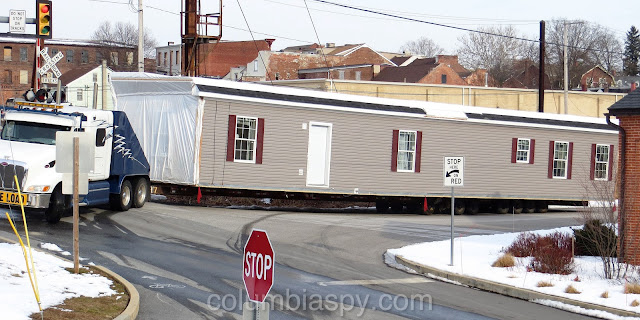 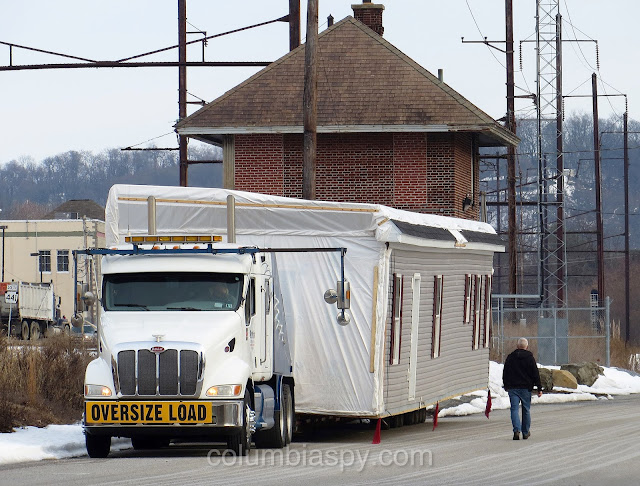 The truck came to rest again on Heritage Drive. 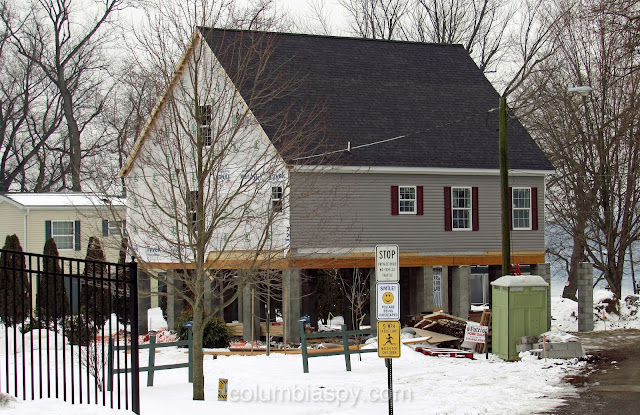 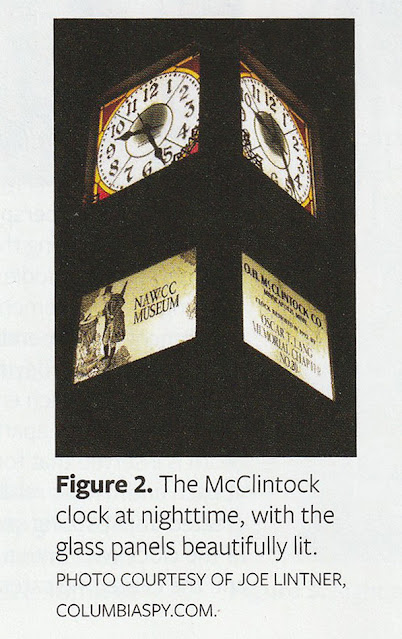 A photo from Columbia Spy was published in the January/February 2021 edition of the Watch & Clock Bulletin, a publication of Columbia's National Association of Watch & Clock Collectors. 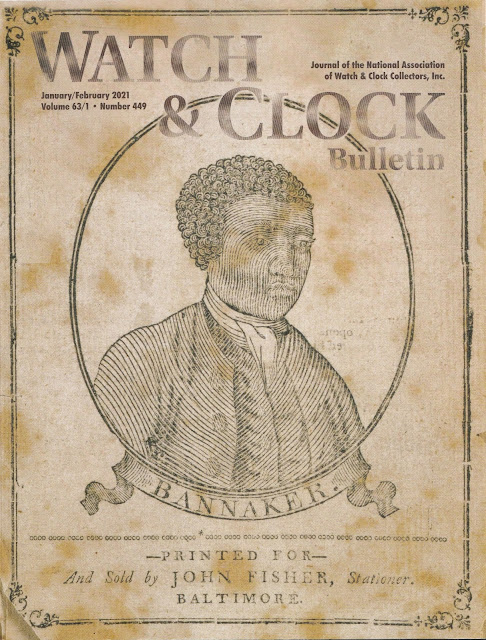 Here's the cover of the recent bulletin. 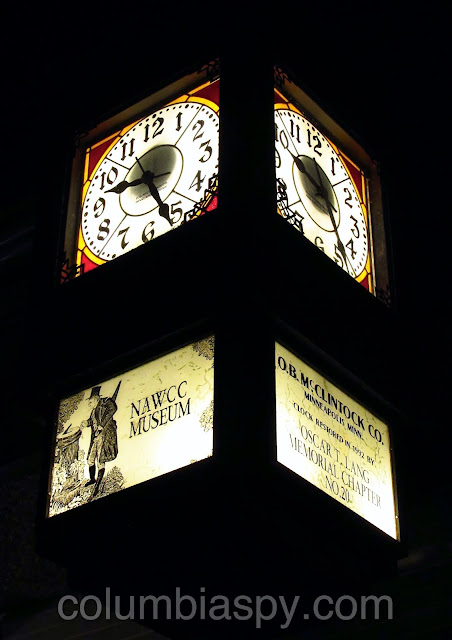 Here's the photo as published on the September 30, 2020 Columbia Spy HERE.