Columbia Borough Council is amending a codes ordinance due to a recent loss in court, according to discussions at the November 5th and 10th council meetings. At a recent hearing, an attorney for a citizen appealing a $500 fine for a code violation and failure to pay a fine found that the language of the borough ordinance and fees as listed therein don't pass muster. The attorney argued that due to how the ordinance was written, the borough could charge only $25, and not $500. The magistrate agreed, and the borough lost, triggering a need to amend the ordinance.
The proposed amendment includes changes in language to avoid potential conflicts and to bring the ordinance into compliance. (See the images below.) In addition, fees will be excised from the ordinance and moved to a separate fee schedule, to be adopted this coming January. The move is necessary because by law, council must amend fees by resolution, whereas an ordinance must be amended via another ordinance.

The proposed change will be advertised, and council plans to vote on it at the November 24 meeting. Councilman Howard Stevens told Columbia Spy he is in favor of the changes, since he had promised residents that codes issues would be addressed.
Items in red  indicate proposed changes to the ordinance: 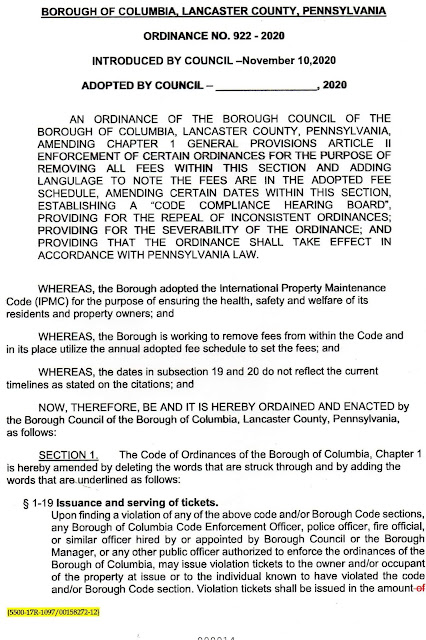 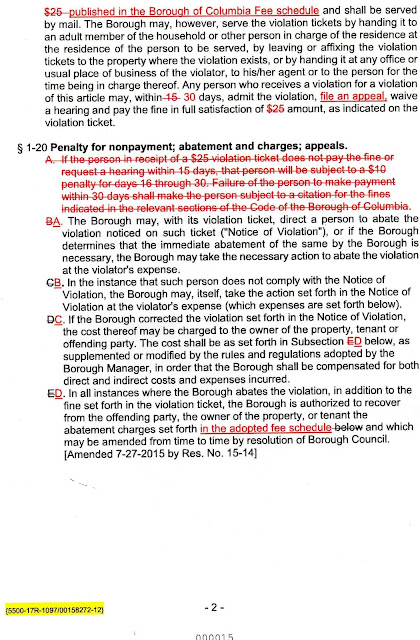 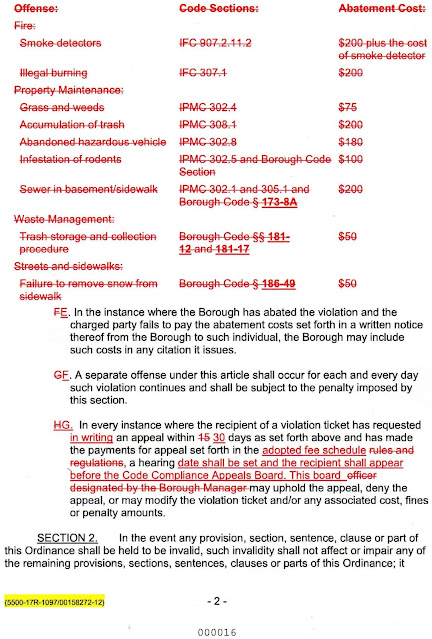