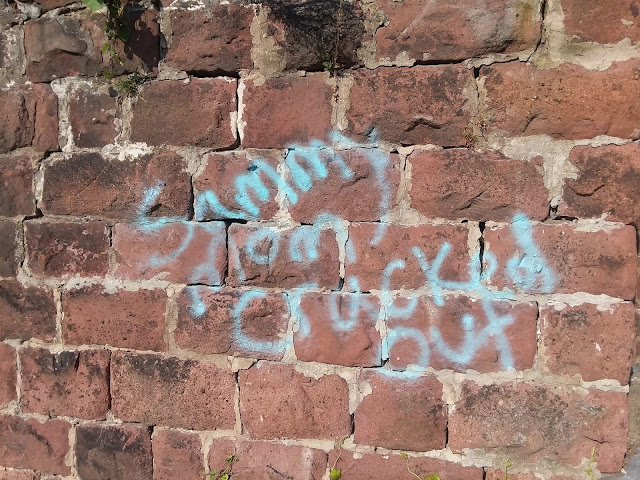 This historic block wall along Bank Avenue was one of the areas spray painted with graffiti
on Sunday night.
Vandals spray painted several buildings and streets in the southwest section of town sometime Sunday night. Elite Energy on Mill Street and the historic Reading and Columbia Railroad building on Bank Avenue - and areas on those streets - were hit. A historic block wall along Bank Avenue was also painted. According to social media posts, the perpetrators were several teenage girls (unconfirmed at this point). The incident was reported to the Columbia Borough Police, who are investigating. On Tuesday, the borough highway department painted over most of the the graffiti. More information on this incident will be posted as it becomes available.
[Photos by Frank Frederick unless otherwise noted] 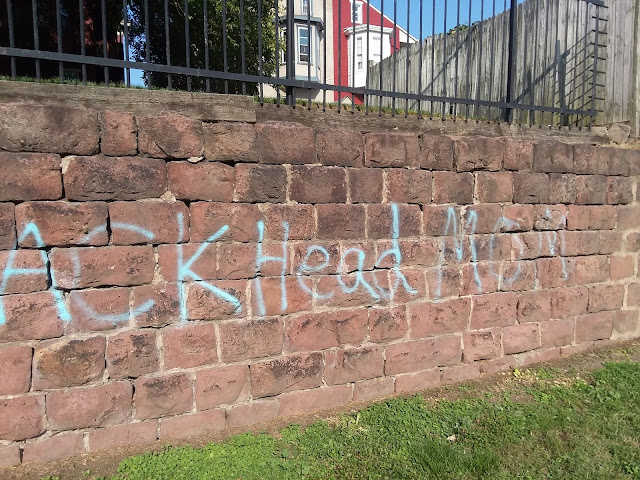 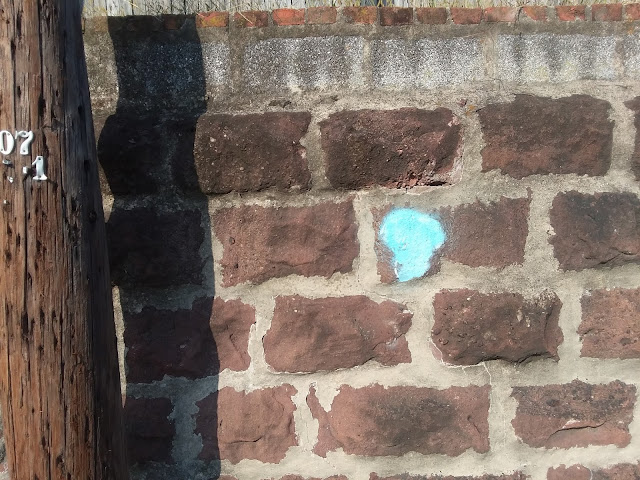 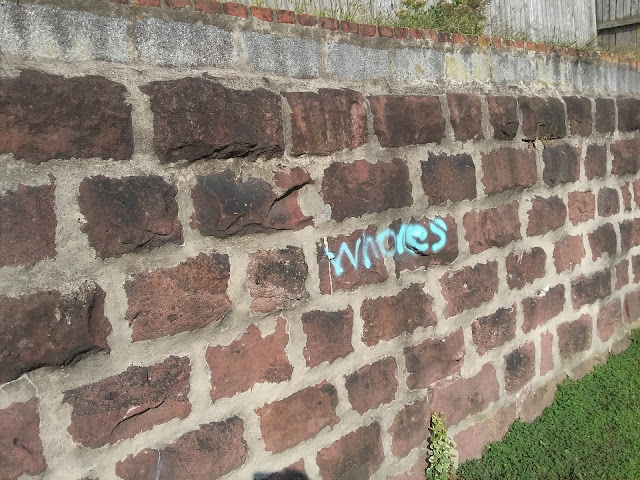 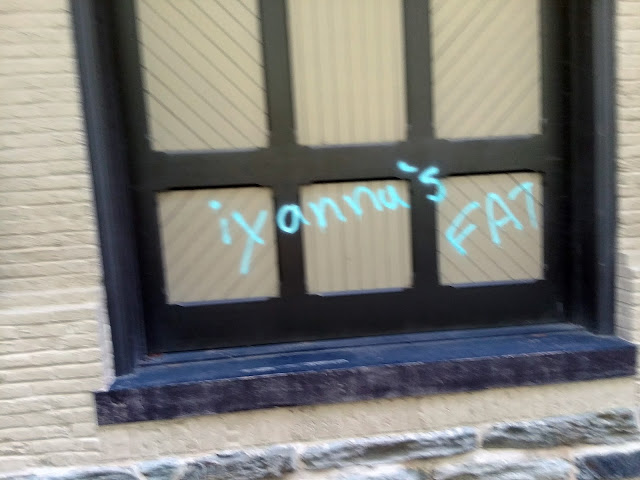 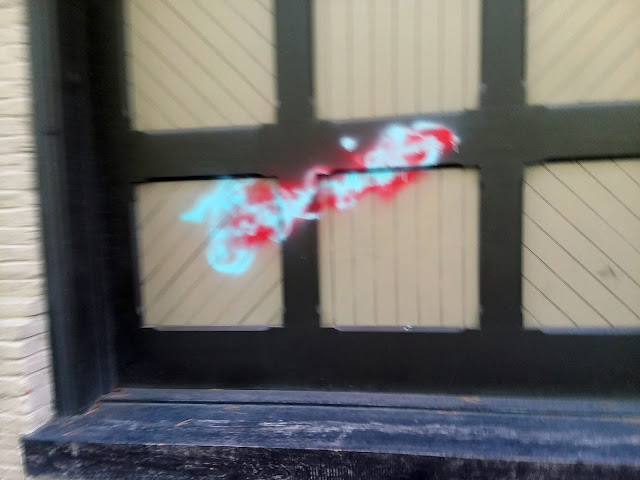 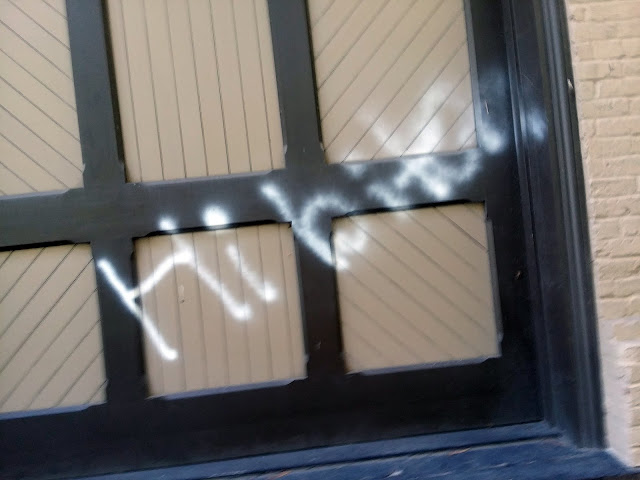 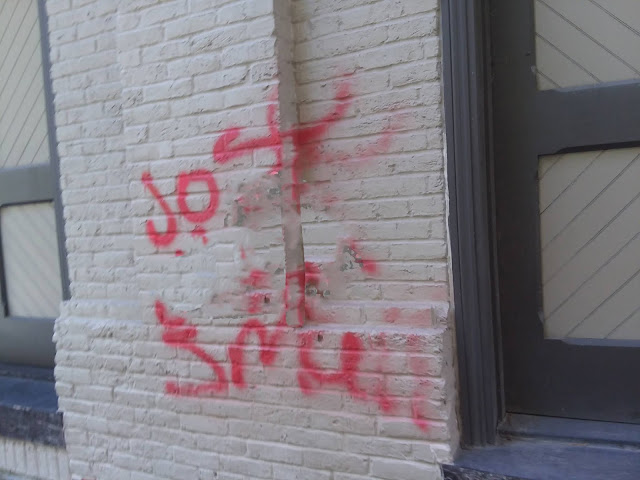 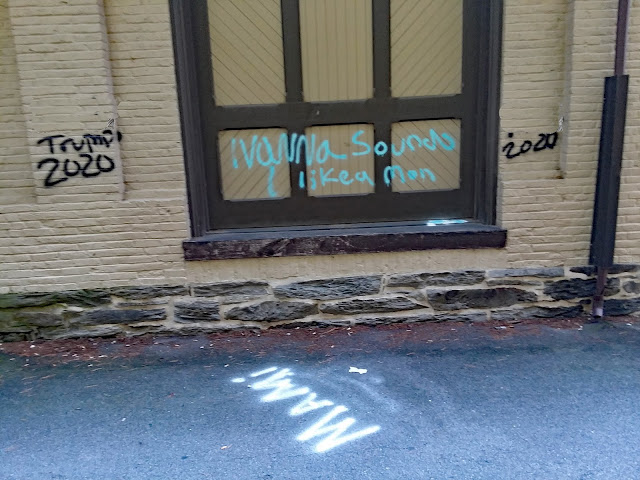 (Some areas on the two photos shown above have been obscured due to profanity.) 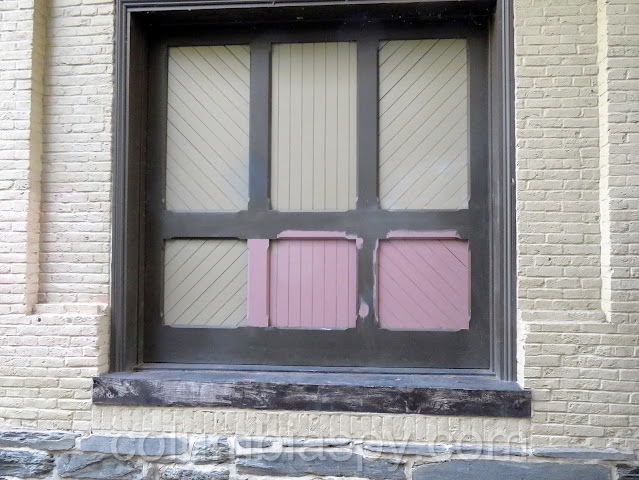 The borough's highway department painted over the graffiti on Tuesday. 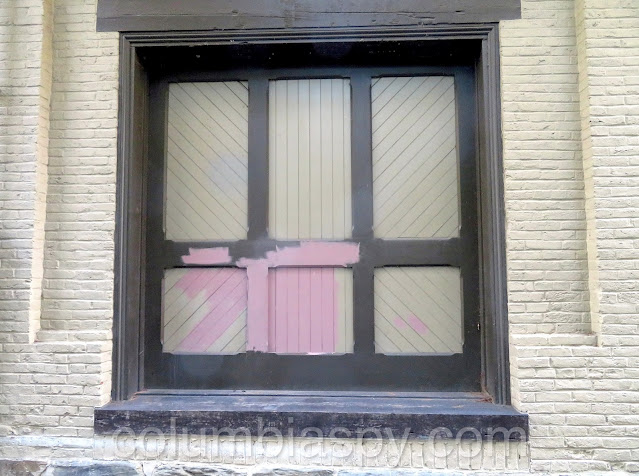 To bad they can't find better things to do