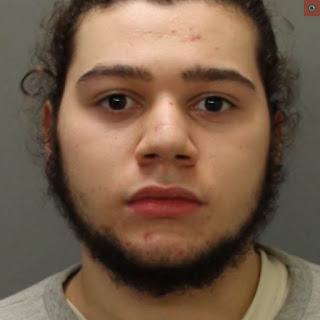 Acosta, Mills, and other individuals were at Mills’ North Third Street apartment when Acosta pulled a pistol, removed the magazine, and pointed the gun at Mills. Mills was fatally wounded in the base of the throat.

Acosta will serve 3 to 6 years in prison, followed by 10 years of probation, in accordance with a plea agreement arranged by Assistant District Attorney Jennifer Ponessa. Lancaster County Judge Dennis Reinaker, while accepting the plea terms, said the involuntary manslaughter charge regarded “careless, negligent use of a pistol” that resulted in Mills’ death. Acosta was 17 at the time of the shooting. He was originally charged as an adult with third-degree murder, before that charge was withdrawn and he was charged in juvenile court with the present offenses. ADA Ponessa then petitioned for the case to be transferred to the Court of Common Pleas, which it was.

In court Wednesday, Mills’ sister said she does not accept the shooting was an accident and she does not forgive Acosta. “How could you look into my brother’s eyes and kill him?” Kelsey Mills asked Acosta, who appeared via video conference. Shannon Cole, Nicholas’ mother, said planning a funeral for her son was the “worst pain I’ve ever felt.” “To you, Antonio, he was… a friend,” Cole said. “And you betrayed him.”

On the night of the shooting, witnesses saw Acosta pull a pistol from a couch cushion and remove the magazine from the weapon. An adult in the apartment told Acosta not to play with the gun. The shot was fired shortly after. Acosta told police who arrived at the scene that he was the shooter, and he showed an officer where the gun was stashed. Police determined the 9 mm pistol was reported stolen two weeks before the shooting.

Acosta apologized at the sentencing hearing Wednesday. “Nick was like a brother to me, and I loved him,” he said. “I never thought anything like this would happen.”


Sourced via CRIMEWATCH®: https://lancaster.crimewatchpa.com/da/11617/post/man-pleads-manslaughter-shooting-killing-%E2%80%98friend%E2%80%99-columbia-apartment
Posted by Joe Lintner at 10:37 AM