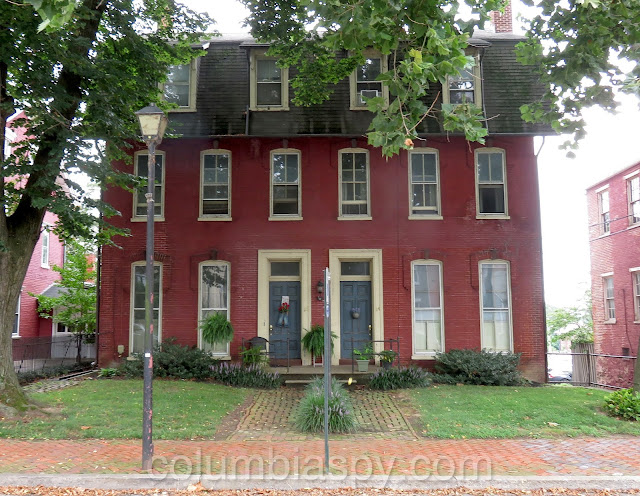 Mayor Leo Lutz cast the deciding vote overriding a Historic Architectural Review Board (HARB) recommendation concerning modern materials in the historic district. At issue was whether or not to allow an alteration to replace deteriorating balcony rails with composite material instead of the traditionally recommended wood. The vote could open the door for more of the same - to the detriment of the historic district and in opposition to HARB recommendations, which are based on U.S. Secretary of Interior Standards.

On Tuesday night, Columbia Borough Council voted 3-3 on the issue, and Lutz broke the tie in favor of allowing composite. Councilwoman Pam Williams abstained, because she is a tenant in the 6-unit apartment building, located at 24-26 South Second Street. The property is owned by Cimarron Investments, whose CEO is Don Murphy. The decision allows Murphy to use composite railings on four balconies.

Murphy first requested the alteration at the August HARB meeting, where members of the board voted 4-1 to deny the request. Murphy subsequently took the issue to borough council, which voted 3-3 on the request at last week's meeting. The vote was initially interpreted as a denial for HARB - and a win for Murphy - but council needed to take a second look at the issue this week because borough solicitor Evan Gabel said the tie vote actually meant council needed to vote again within 10 days.

At this week's meeting, councillors held fast to their original votes, leading to the same 3-3 tie, until Lutz cast his vote. Last week, Lutz abstained without explanation but was required to vote this week.

According to borough ordinance, the "address side" and any side of a building facing a main street in the historic district is reviewable by HARB. Murphy argued that the side of the building in question faces a secondary road (Avenue I) and is therefore not reviewable. 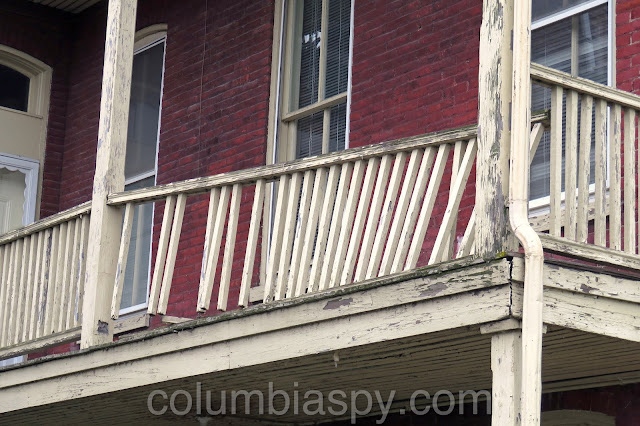 Dilapidated railings on the side
facing Avenue I

During discussion leading up to the vote, Burgard suggested that due to the amount of investment Murphy has made in the borough, he should be given a free pass on the issue. Burgard also recommended that council take another look at the ordinance governing materials. "I would say let's give him his railing with the contingency of taking a look at the ordinance, see where, where modern building materials that save money, that look original, that allow for maintenance-free investments, and that might be cheaper," Burgard said. (Burgard has previously been affiliated with Murphy through his design business and his membership on the CHI board.)

Council vice president Lintner noted that residents who have appeared before HARB had to abide by its recommendations. "There was a gentleman at HARB one time had a small porch railing and it was a semi or row home and did not want to approve any of the material for him, so I'm just saying if, if we hold a resident living in a semi-detached house who's not making a profit off of their property accountable to HARB ordinance, how can we let someone else slide?" Lintner asked. Lintner also noted that the Second Street Street property sits near the Wright Ferry mansion which is one of Columbia's most historic properties. "So if you're letting that go in that block, we may as well not have a HARB."

Mayor Lutz argued from the standpoint of safety. He claimed that composite would be less costly, more durable, and safer. Like Burgard, Lutz recommended that council reexamine the ordinance to take into account materials available today. "One failure we have is keeping up on this ordinance with the times," Lutz said. 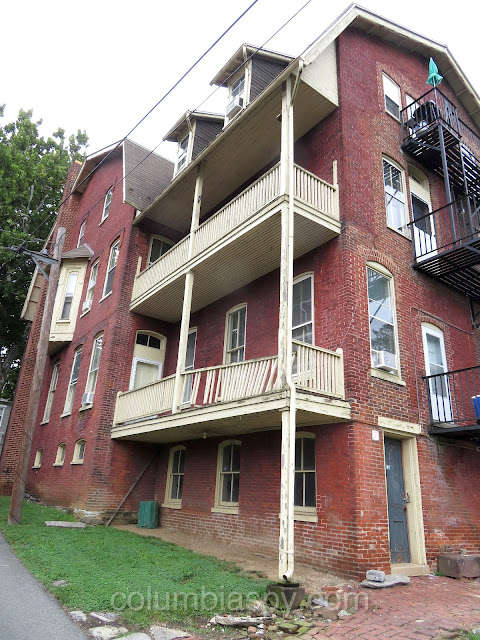 Take a good look at the beautiful 150 year old, 1 muntin windows because next week they will be gone, replaced with soul less vinyl that have been used in Cimarron properties on Locust Street. HARB has been striped of enforcing wooden windows. A "free pass on this issue", HARB exists to secure the architectural integrity of historic neighborhoods. Many residents with limited incomes have had to adhere to HARB decisions. If Cimarron were truly interested in the historic Columbia Neighborhoods they would not have practiced demolition by neglect and would have painted the wood 5 years ago. Forget looking at the ordinance, Borough Council has stripped HARB of any reason for being. HARB can no longer advise when the mayor is going to grant privilege to someone who does not live in the borough and whose only interest in the borough is to make money.