What would $1800 more a year do for you and your family? Columbia school director endorses affordable housing 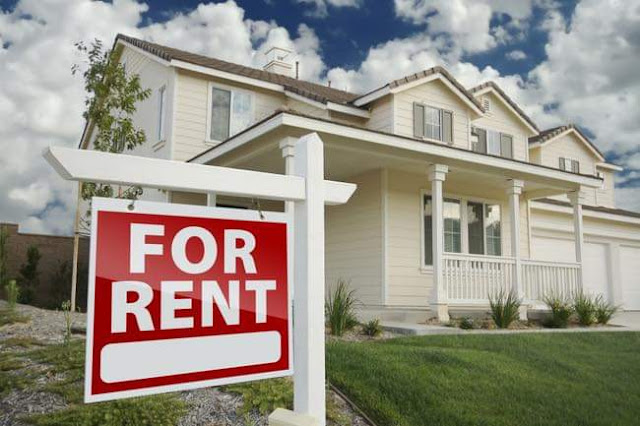 What would $1800 more a year do for you and your family? That is how much many Lancaster County residents could save if we achieved affordable housing for all.

In Pennsylvania, with our state minimum wage of $7.25/hr, if you want to find yourself a one-bedroom apartment, and have it considered affordable, you have to work 86 hours a week. If you want a two-bedroom apartment, and don’t want to work more than 40 hours a week, you better be making more than $19/hr. Otherwise, be prepared to spend an even larger chunk of your income on housing, or to put in significant overtime.

The fact is, the cost of housing has risen consistently while wages have not. It is time to do something about it. Housing is just one expense of existing. For every extra dollar families spend on housing, that is less money they have for groceries, healthcare, transportation, and education. When rent is as costly as it is, it often forces families to choose between one necessity or another. Regardless of which expenses families deem to be the most urgent, there are almost always unforeseen consequences to that decision.

We must create policy that reflects what we already know: that America’s long-term prosperity hinges on our citizen’s ability to house themselves, feed their children, and care for their loved ones. Only then will we experience growth, and thrive the way we all want to. America must be a leader in providing affordable housing for our citizens, and in doing so, will allow our communities to prosper. The less money that individuals spend on survival, the more they can invest in their communities, contribute to small businesses, and put towards bettering themselves. Affordability yields growth fiscally, socially, and in education.

There are a lot of factors that contribute to rising housing costs. Whether it be the cost of land and development, increased demand, restrictive and exclusionary zoning practices, stagnant or decreasing federal/state housing subsidies, price gouging, creditors’ refusal to fund projects, or many other problems, the consequences are almost always forced upon working people.

Furthermore, even when housing was more affordable than it is today, past housing policies have been used to segregate communities. After explicit housing segregation, the system adapted. Banks used redlining to work around the law and achieve the same results. After that, those in power reinvented segregation yet again. The restriction of multifamily rental units to specific towns or neighborhoods has been maintained to protect wealthier white neighborhoods from financially distressed, Black and Brown communities and their presence. These policies can be described as the government version of a racist dog-whistle. These practices deny poor communities, often communities of color, the right to send their children to quality schools, have access to well-maintained public parks, or adequate health and safety services. At the same time, underprivileged communities are over-policed, under-funded, and looked down upon. As we revisit housing, we must consciously remove these racist and classist aspects of our system permanently.

Affordable housing has always been needed, but recent conditions have made the issue increasingly urgent. Due to the economic fallout of coronavirus, an eviction crisis looms over our country, and could possibly displace millions of Americans in the coming months.

The last time that we were faced with such intimidating housing prospects was in the collapse of the housing bubble in 2008, when the banks were bailed out with trillions in taxpayer dollars and low interest loans, as they foreclosed on the homes of more than 9 million americans. Today, millions of Americans, no doubt many of whom lost their homes over a decade ago, are reportedly unable to pay their next rent or mortgage payment. Currently, estimates predict that up to 40 million Americans will be evicted from their homes before this is over.

As federal and state protections for tenants and against evictions expire, much of the responsibility now falls on state governments and municipalities to ensure that their citizens have a roof over their head and a bed to sleep in.

It is these realities that require our governments to implement, and invest in affordable housing policies. Our society requires a holistic approach. No single regulation or grant program will solve the problem. In order to combat the rising costs in all aspects of housing, we must rebuild our housing system from scratch. While there are many reforms that require investment, there are others that require little to no new funding. Any and all changes are important if we are to provide our people with a roof over their head. Let me clarify— a roof over their head that doesn’t cost so much that they have to choose between or deny themselves of other necessities. For that to become a reality, we need inclusionary zoning practices. We need housing trust funds and revolving housing loan funds. We need to look at public and municipal housing. We need to repeal ordinances and zoning rules that prevent affordable housing from being built. Loosen density and height regulations to reasonable levels. There is no reason our society cannot provide permanent supportive housing to veterans, and the physically and mentally disabled. Shelter should not force people into, nor prevent them from moving out of poverty. And that is exactly what our system does.

When housing is affordable, it benefits everyone. In the richest nation on Earth, no man, woman, or child should go without a bed to sleep in. Expect more from your elected officials. Expect them to fight for housing for all.