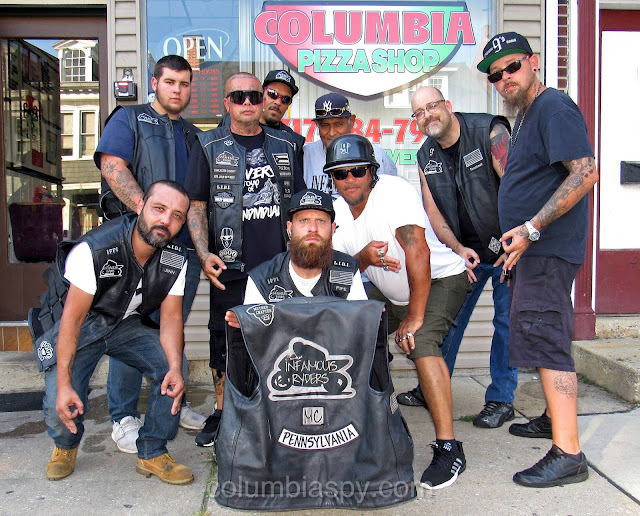 Members of the Columbia-based Riverside Chapter of the Infamous Ryders motorcycle club cleaned up trash on several blocks of Locust Street on Monday evening.

Nine members of the local chapter of the Infamous Ryders motorcycle club cleaned up trash on several blocks of Locust Street Monday evening. "It's a way of giving back to the community," chapter president Drew Nyce said. The club plans to do such clean-ups once a month, according to Nyce. (Nyce, a Columbia resident, is also owner of Nyce Tattoos, which Columbia Spy reported on HERE.)

The Riverside Chapter, as the Columbia-based group is known, was started by Nyce a few months ago and has 12 members so far. The group identifies itself as "a diverse group of individuals," because all races, colors, and creeds are welcome to join. The Riverside Chapter has also been holding "bike nights" every Tuesday night, in which members and others gather with their motorcycles for conversation, refreshments, and a run through town.

The main club, Infamous Ryders was started in Lancaster 13 years ago and now boasts 23 chapters with over 400 members.
"It's a way of giving back to the community," chapter president Drew Nyce said, as members picked up trash on Locust Street: 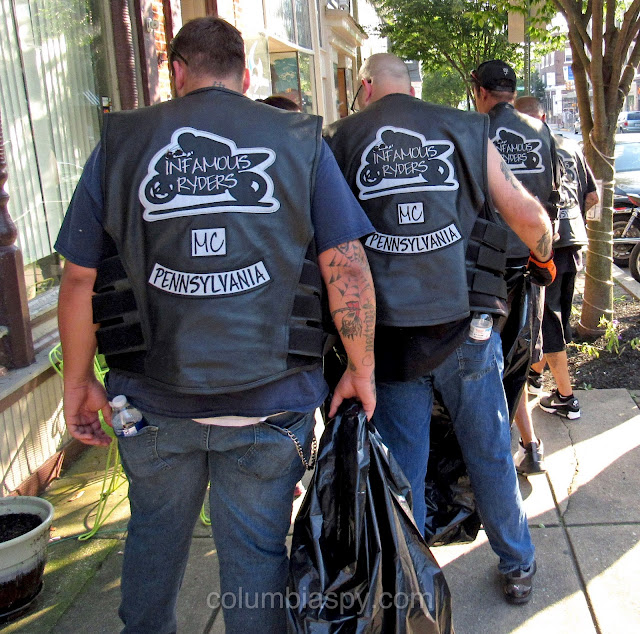 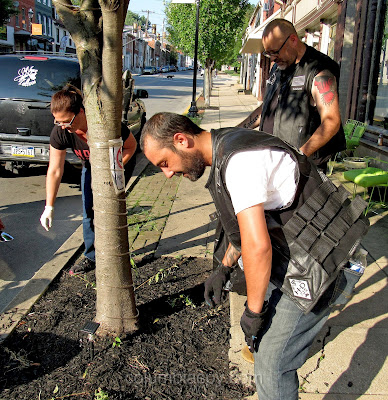 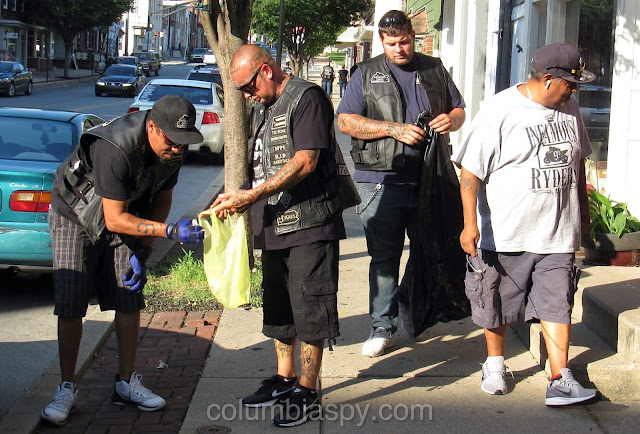 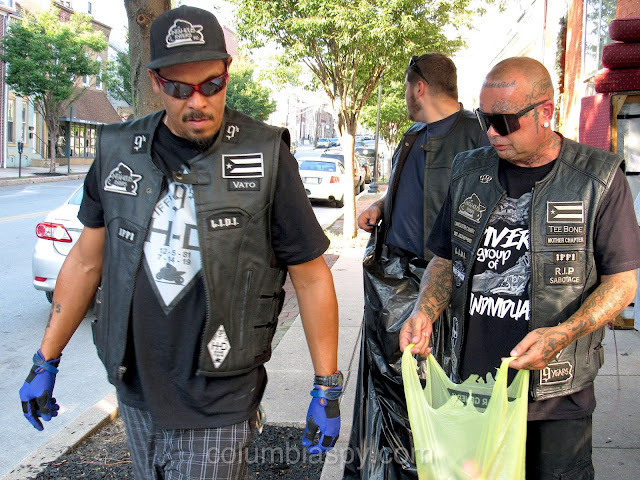 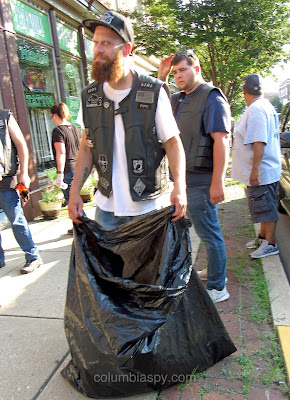 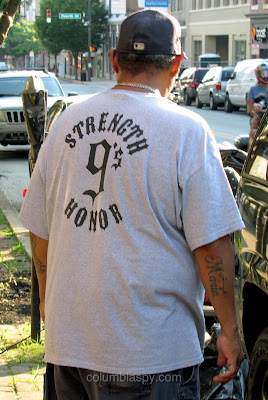 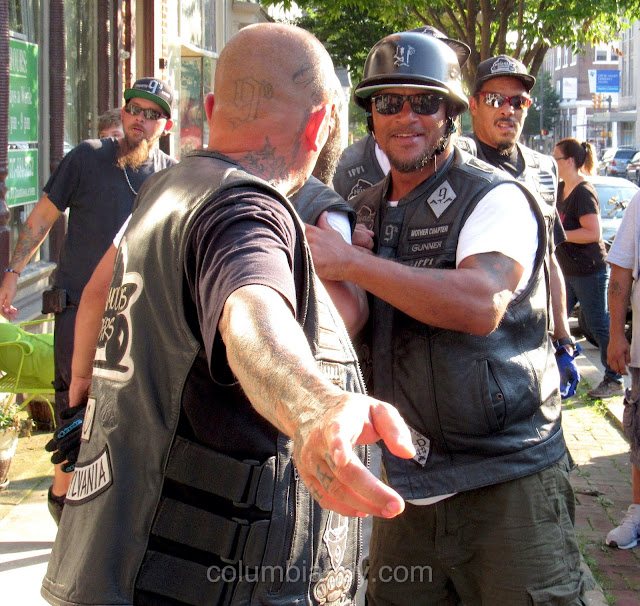 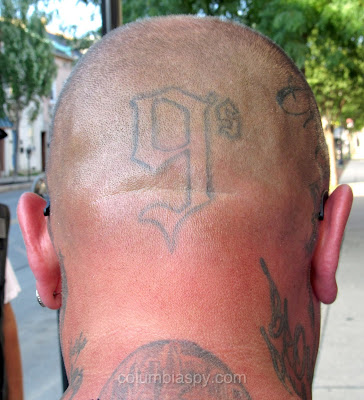 Drew Nyce displays a tat that reads "9's."
The 9 stands for the the 9th letter of the alphabet,"I"
which is the first letter of "Infamous." 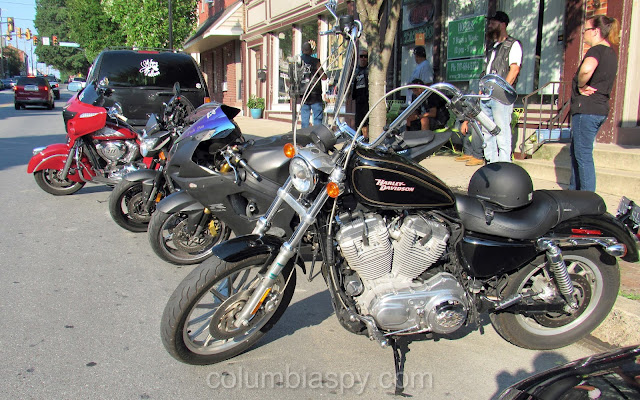 Members parked their bikes on the 400 block of Locust. 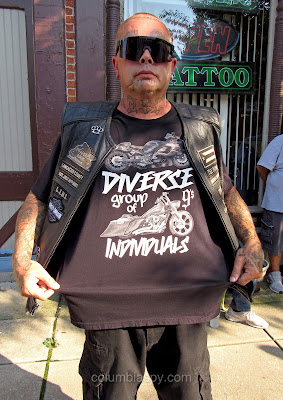 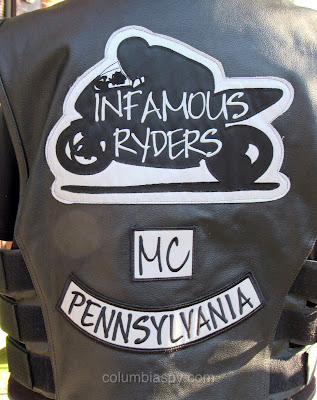 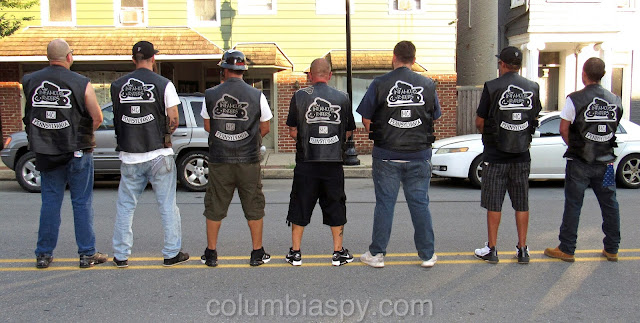 Wonderful that you guys clean up but WTF was all the white power hand signals?

Awesome work guys! Great way to give back to the community!
Love you guys!!!!
Keep up the good work!!!

Thanks for all of your hard work.