A reader sent Columbia Spy the above photo of racist and other graffiti that was painted on the rubber backing on a backstop at Glatfelter's Field. The graffiti reportedly appeared over the last few days. 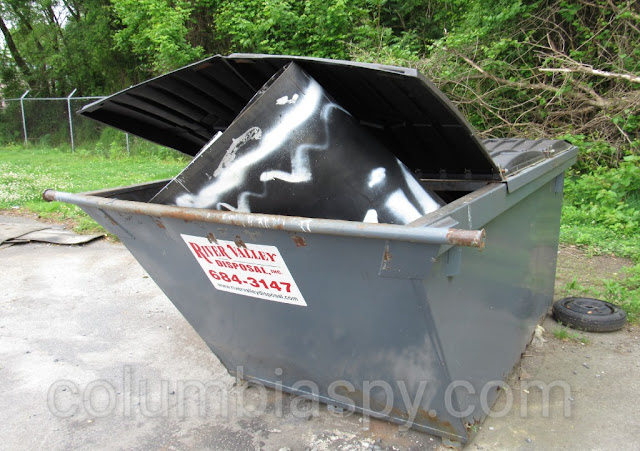 Workers removed the graffiti-riddled rubber backing and placed it in the dumpster at Glatfelter's. No suspects have been reported at this time. 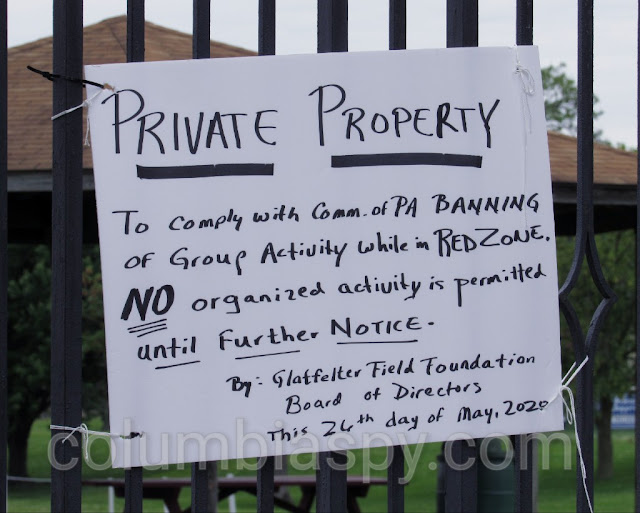 Columbia Spy received a report of a pop-up car show that occurred at Glatfelter's Field on Sunday night at about 8 p.m. As the sign above indicates, the park is closed to any group activity while the county is still in the "red zone." No organized activity is permitted until final notice. There is no apparent connection between the car show and the graffiti. 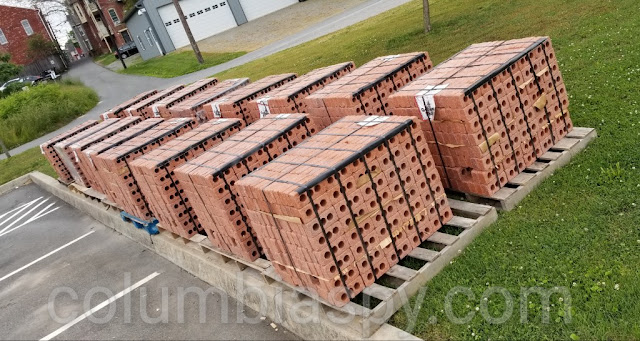 Last night Columbia Spy received two reports from citizens of pallets of bricks being placed at the parking lot at the bottom of Locust Street. 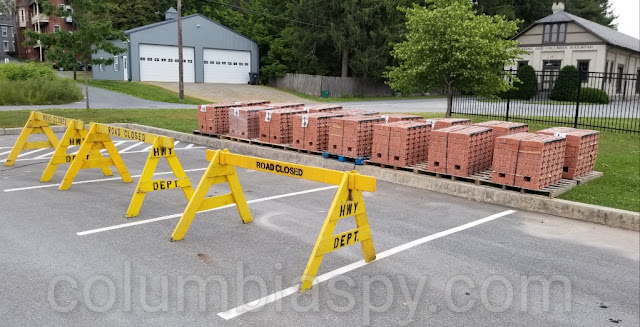 We put stuff outside to pick up later and got a fine for $25 said...

I have photos of to people that used stolen weis gift card the police are looking for them. I can post the picture here. As person of interest