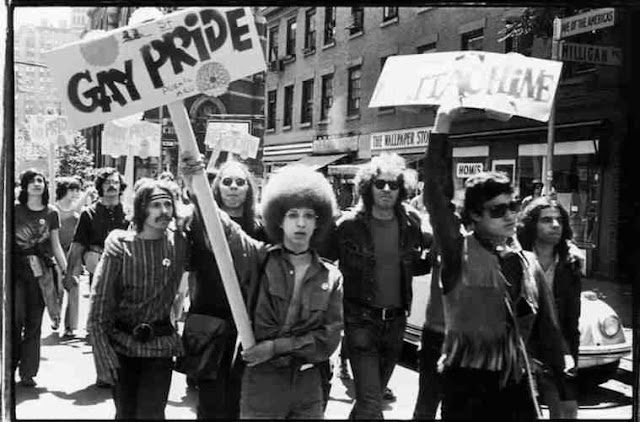 As Pride Month draws to a close, I would like to express my unconditional support to the LGBTQ community. I know I’m a little late to the party, but a lot of relevant events have unfolded in the last few weeks, and I wanted to address them.

On June 12th, the Trump administration finalized a rule that dealt a major blow to the LGBTQ community. Our current administration’s HHS department stated that healthcare providers have the right to deny care to LGBTQ patients. This decision, announced on the 4th anniversary of the Pulse Nightclub Massacre and during Pride Month, can be interpreted as nothing but intentional. To remove such protections in the middle of a global pandemic is especially heinous. With more than 2 million cases of COVID-19 in the US and 8 million globally, exempting LGBTQ individuals from federal protections would certainly result in countless deaths among a community that already faces many forms of oppression. Those among the dead would include our families, neighbors, and friends. But our current administration knows this. This was a conscious decision.

Fortunately, the following Monday saw a landmark Supreme Court decision that affirmed that protections against employment discrimination include the LGBTQ community. The 6-3 ruling establishes and solidifies a modern interpretation of the word “sex”. The case backs up what most of society already knew: gay, bisexual, and transgender people are deserving of same humanity that is afforded to every other group. This reverses the steps taken by the Trump administration to designate the LGBTQ community as second class citizens.

The HHS rule change is just the latest example of the discrimination, persecution, and oppression that LGBTQ individuals have had to put up with for thousands of years. In Nazi Germany, gay people were forced into concentration camps, marked with the pink triangle badge. The US wasn’t much better. President Eisenhower deemed LGBTQ people unworthy of Federal jobs. Until 1961, it was illegal in every state to be gay. The government criminalized homosexuality under the guise of “anti-sodomy laws”. It wouldn’t be until 2003 that the US Supreme Court would rule such laws unconstitutional. LGBTQ folks have had to put up with slurs and insults for decades, having their sexuality vilified and viewed as an affront to nature, and being labelled as depraved and perverted, among other things. Our Trans brothers and sisters faced bullying, as well as physical and sexual violence significantly more often than the population as a whole. An entire group of people being subjected to such harassment, simply because of who they are is bigotry, plain and simple.

This discrimination spans decades, and continues even today. Historically, it manifested itself in ways that many cisgender and straight people would not expect. Countless states were so fearful of LGBTQ people that they didn’t trust them around alcohol. Gay and lesbian people weren’t allowed to be served alcohol at bars in many states. This was a baseless law, and is completely undermined by the blatant crimes committed by straight people while under the influence. It was simply an excuse to dehumanize and look down upon those that are different, a desire that society still has trouble combatting today, evidently. It is because of riots and protests like Stonewall that we do not have such laws in place today.

Many areas of the country, in the not so distant past, had gender appropriate clothing laws and ordinances in place. It is hard to imagine the government telling women that they can’t wear pants. These laws, however, affected transgender men and women as well. Gender non-conforming individuals were not spared either.

In the 80s, the gay community saw oppression in a new form: neglect. The Reagan Administration, committed to its position that LGBTQ individuals do not deserve to live, sat idly by while the AIDS virus ravaged the gay community. By the time they actually took action several years later, tens of thousands were already dead.

And of course, you cannot fairly discuss the struggle for LGBTQ rights without acknowledging that gay marriage was illegal in every state until 2004, and was not considered a right until 2015.

Even today, our neighbors face adversity. The Trump administration is currently involved in a lawsuit to ban transgender girls from girls sports. Last fall, it even went so far as to threaten to withhold funding from school districts that allowed girls to compete with other girls. It takes a lot of hatred to punish hundreds of children simply because adults decided to accept their students for who they are.

I would be remiss if I didn’t elaborate on the severity of transgender discrimination and violence that takes place in our society. Transgender individuals are targeted and killed at a disproportionate rate. What’s worse, many of the deaths are misreported. Black trans people are particularly vulnerable to acts of hatred. Whether it be transphobia, racism, homophobia, or all three, trans people of color face adversity that most will never experience.

The existence of such persecution is the result of the dehumanization and stigmatization of trans people. Being transgender often means rejection by your family. It means bullying in school. It means being dismissed as “confused”. It means discrimination in employment, law enforcement, and healthcare. I could go on. The list is long.

What I am particularly concerned about is what being LGBTQ means for Columbia students in today’s day and age. There are children in our school district and others who are forced through an education system that ignores them, bullies them, and stigmatizes them. Many students in America don’t want to go to school for fear of bullying, homophobia/transphobia from faculty, and sexual violence.

In order to provide a safe and comforting learning environment for LGBTQ students, we need systemic reforms. Faculty must be subjected to the appropriate anti-discrimination training. We need anti-bullying laws on the books. Our health curriculum must recognize and normalize the variety of sexual orientations and gender identities. Our children’s education must dispel the myths and stereotypes associated with the LGBTQ community. Only then can our students be provided the equal opportunity to learn in the classroom. Until then, we are failing our kids.

When people ask “why do LGBTQ people need a pride month?” It’s because their government and society have told them that their sexuality is not something worthy of taking pride in. That it is not only something to be ashamed of, but so shameful, in fact, that they view it as okay for doctors to let you die than give you care. It’s because the LGBTQ community has seen systemic over-policing in the not so distant past. It’s because one of our administrations committed what can only be described as a genocide by ignoring an epidemic, hoping that the virus would wipe out our gay friends and family. It’s because transgender people must live with a constant target on their back. It’s because our kids must be assured that it is okay to be who they are.

To the LGBTQ community, the only thing I understand is my inability to understand what you go through every day, simply for being who you are.

To the CBSD students who are discovering their identity, I’ve got your back.

To CBSD parents, I support and am accepting of your kids, no matter who and what they are. It is my hope that you will too.

Thank you for this...