Did you know that a headstone at Laurel Hill Cemetery bears the name of a World War II airman who went missing in action over Japan? It's true. 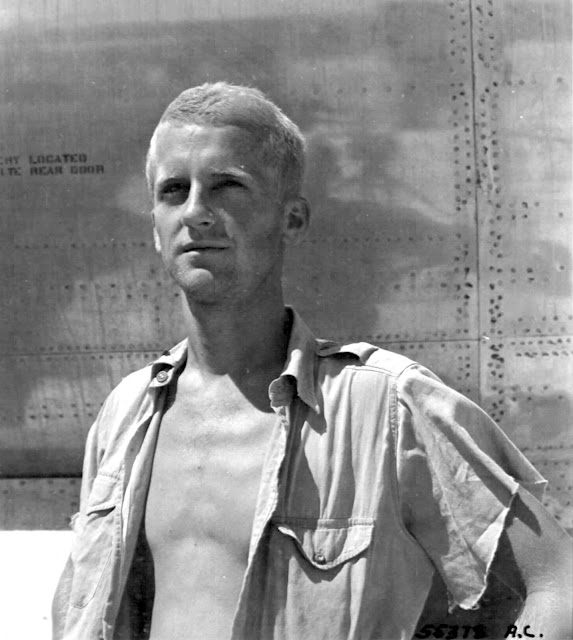 Second Lieutenant Paul R. "Gat" Garrison, Jr., whose name appears on his family's headstone at Laurel Hill, was the navigator on a B-29 Superfortress known as "Waddy's Wagon." Garrison, from Lancaster, PA, had enlisted in the US Army Air Forces and eventually became a crew member on the plane, which was part of the 869th Bomber Squadron, 497th Bomber Group.  Waddy's Wagon was named for the commander, Captain Walter R."Waddy" Young, an All-American football player on Oklahoma’s 1938 Orange Bowl Team, who had played two years in the NFL. 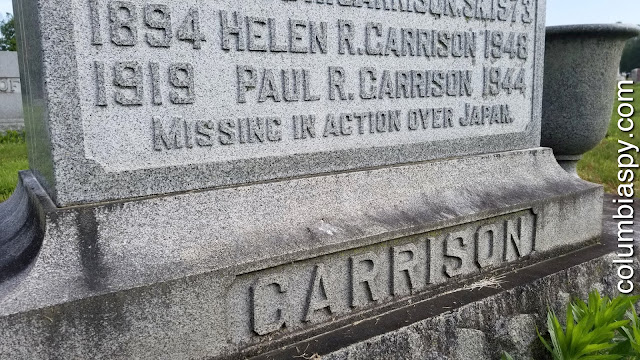 B-29 raids on Tokyo began on November 24, 1944, with the first raid targeting an aircraft engine factory at Musashino. Of the 111 B-29s sent, Waddy's Wagon was the fifth to take off for the 6-hour, 3,000-mile trip from Saipan to Tokyo and the first to return afterwards. All but two of the aircraft returned. The XXI Bomber Command's subsequent raids on Tokyo and other cities were mostly unsuccessful due to adverse weather and mechanical problems, and tactics were changed when Major General Curtis LeMay took over the Command in January 1945.

On January 9, 1945, Waddy's Wagon was among 72 B-29s dispatched from Saipan to bomb the Nakajima Aircraft Engine Factory in Musashino. Along the way, high winds scattered the 8-plane formations so that only 18 of the planes were able to bomb the primary target, Waddy's Wagon being one of them. Kamikaze fighters attacked the bombers as they reached their target, and a B-29 to Waddy's Wagon's right was rammed by an enemy plane. Captain Young turned back to help protect the damaged plane and escort it out, and to signal its location if it ditched. In the process, Waddy's Wagon also sustained hits from Japanese fighters, forcing Young and the other plane to ditch into the Pacific Ocean near the island of Hachijo Shima. Waddy's Wagon was last sighted 10 miles east of Choshi Point off mainland Japan at 27,000 feet and descending into clouds, according to one report. During a search the next day and for the next two weeks, no traces of either aircraft or their crews were found. Waddy's Wagon was one of six B-29s lost on the mission. Both crews were declared dead on January 10, 1946. 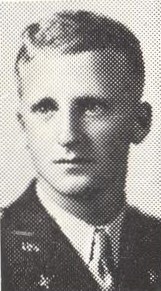 Garrison received the following medals, most of them posthumously:

Garrison is also memorialized at the Honolulu Memorial, Honolulu, Hawaii. 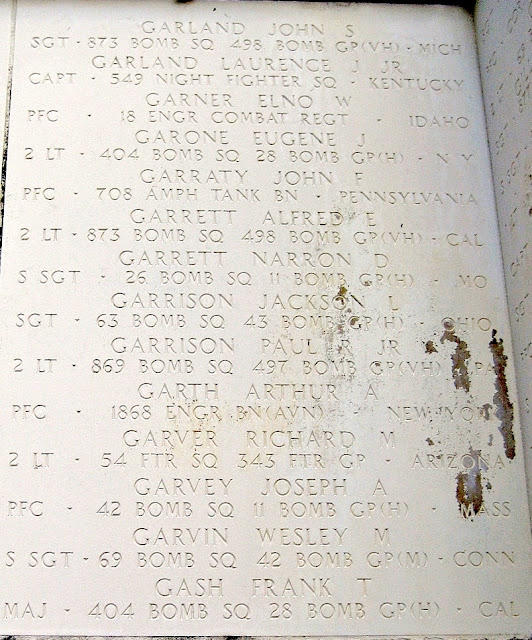 Garrison's name appears on one of the "Tablets of the Missing" at the Honolulu Memorial. 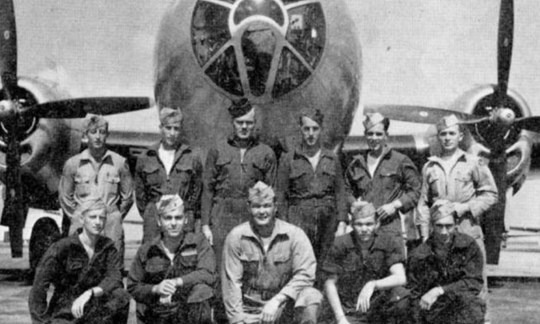 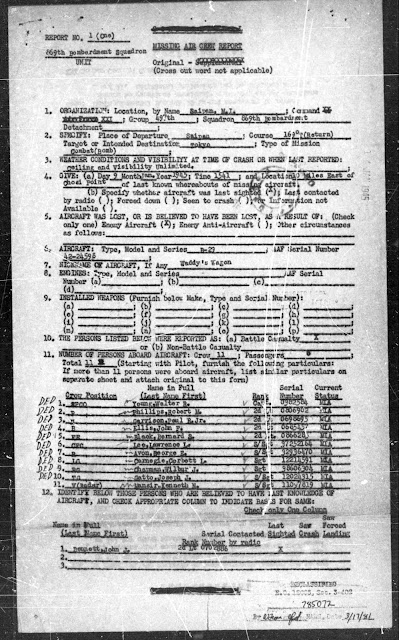 Document listing the names of the missing crew members