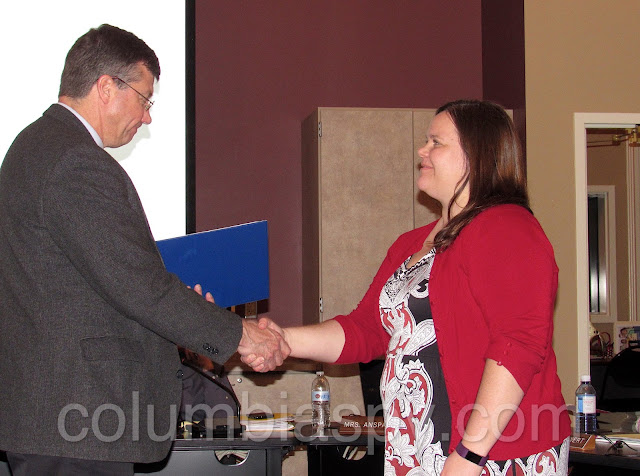 Rachael Smith Kedney, who has resigned, was sworn in as Columbia Borough School Board director by District Magistrate Miles Bixler at the April 6, 2017 Committee of the Whole meeting.

Rachael Smith Kedney resigned from the Columbia Borough School Board, effective February 21, 2020, it was announced at this evening's school board meeting. Kedney was not present at the meeting.

She was sworn in as school board director on April 6, 2017, when she filled the seat vacated by former director Iris Garrido, who resigned in March 2017. Interviews for a replacement will be held March 19, 2020. No other details are available at this time.