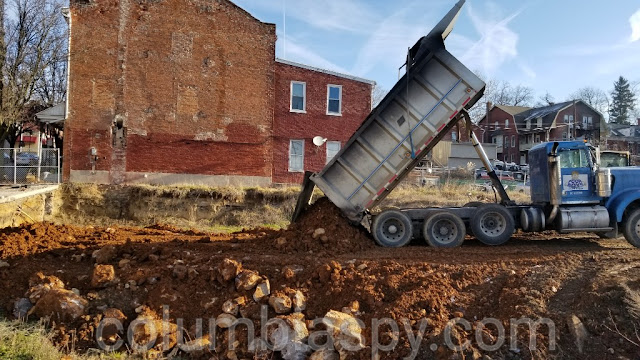 The excavation site on the first block of Locust Street, commonly known as "The Hole in the Ground" by residents, was being filled in this morning.  Loads of dirt were delivered by dump truck, and a front end loader pushed the fill into place. The site was excavated as an initial stage in the construction of a planned four-story apartment building. Finding funds for the project has been a problem for the developers. 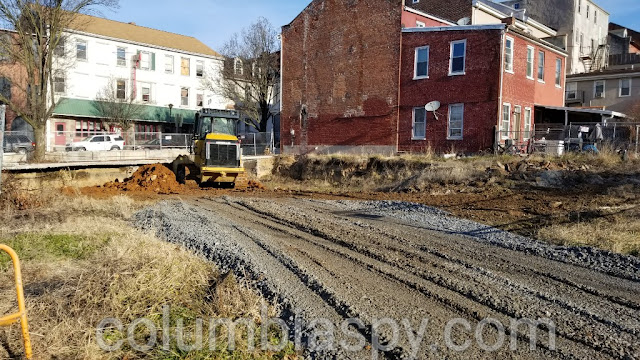 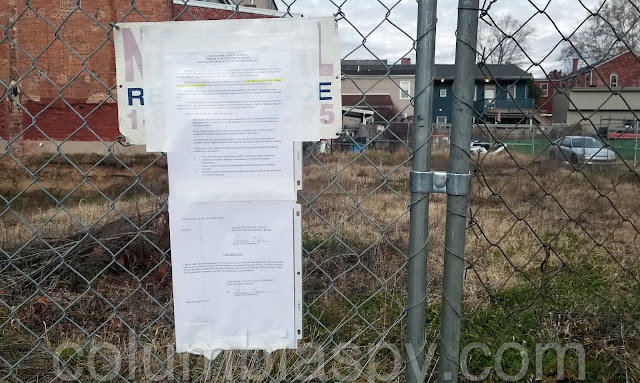 A little over a week ago, the notice shown here and below was posted at the site, requiring the owners to take remedial steps, one of which was filling in the excavated area. 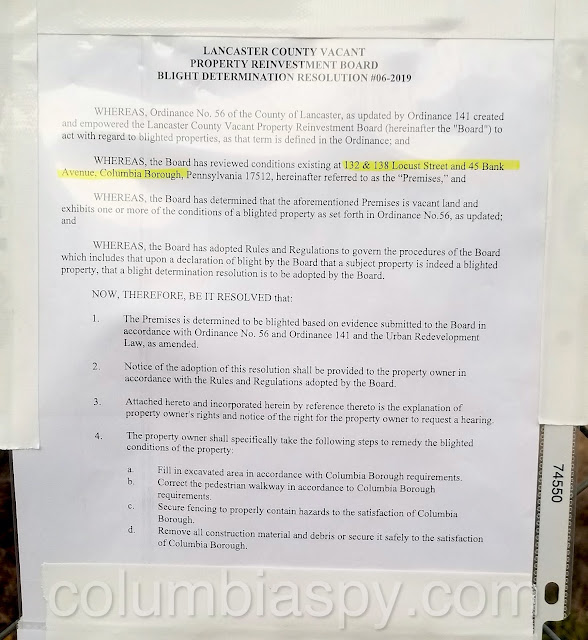 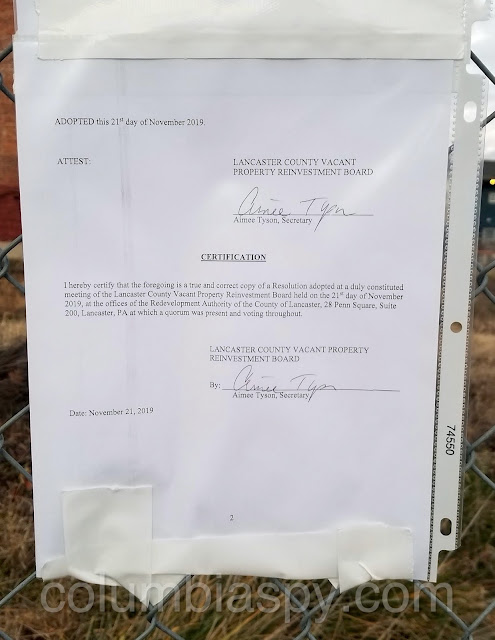 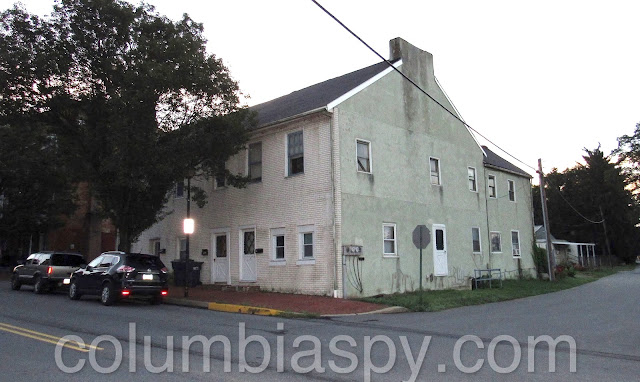 In 2017, Council approved an application for demolition of this building to make way for the project. Columbia Spy reported on the story HERE.

Well the 2017 council, ruined historic columbia by letting the homes get knocked down,, now its a 4th and locust parking lot,, nice great job