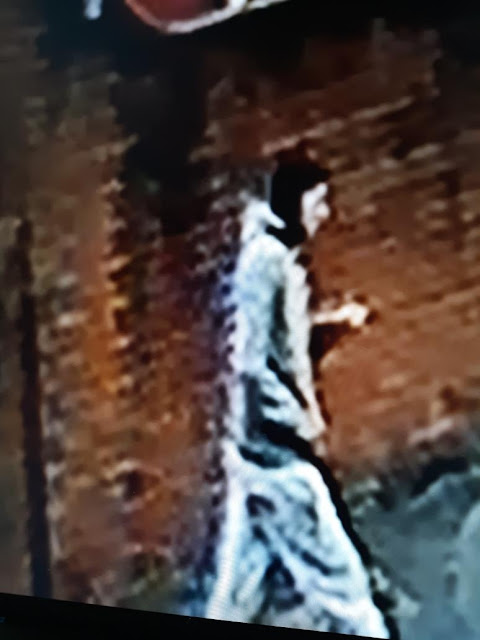 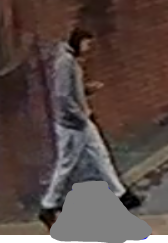 Columbia Police responded to a report of shots fired in the 200blk of South Third St. around 0930hrs on 10-03-2019. Officers located several spent shell casings and determined that a car and house were damaged by gunfire. No-one was injured in the shooting, but there were residents outside and in nearby buildings.

Police are reviewing surveillance video and request assistance identifying a person of interest seen leaving the area at the time of the shooting. One of the attached photographs include a blurred out portion of a person already identified by police. Police are attempting to identify the person in the gray sweatshirt and gray pants.

Any residents, especially those on  on S. Third St., S. 4th St., Union St. and Perry St. are encouraged to check home surveillance cameras for any footage between 0900 and 0930hrs. that may show those involved.

Anyone with information should call the Columbia Borough Police at 717-684-7735 or submit a tip below.