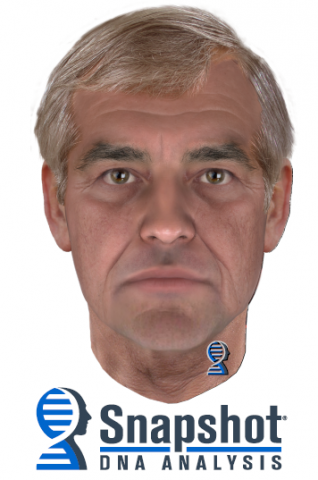 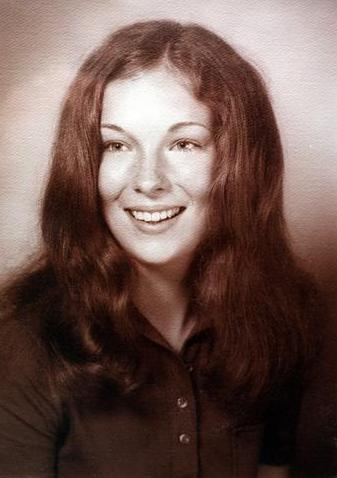 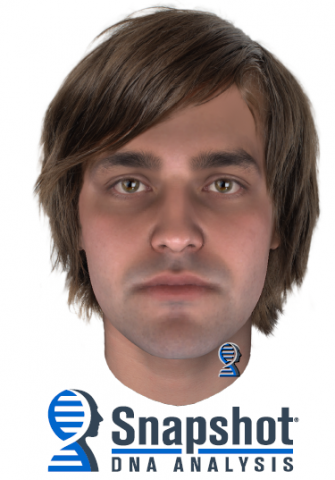 Lancaster County District Attorney Craig Stedman announced Thursday recent happenings in the unsolved murder of Lindy Sue Biechler, found killed in her Manor Township home in 1975. Biechler was 19 when she was stabbed to death in her Kloss Drive apartment. She was stabbed multiple times on Dec. 5, 1975, after returning to her home from a grocery store. To this date, no one is arrested or charged.

The investigation of Biechler's death is under the umbrella of District Attorney Stedman's Cold Case Unit, consisting of an assistant district attorney and two Lancaster County Detectives, who work in unison with Manor Township police, which has jurisdiction over the case.

District Attorney Stedman, on behalf of the Manor Township police, Lancaster County Detectives, and Assistant District Attorney Christine L. Wilson, presents today:
- A set of composite profiles, formed from DNA evidence, depicting a man who left DNA at the homicide scene. The identification of that man would be very impactful to the investigation.
- A web address – WhoKilledLindyBiechler.com – which will serve as a tip-sharing forum and information resource;
- An overview of work done in the investigation in recent years.

"This case has never drifted from the minds of the investigators committed to catching Lindy's killer," District Attorney Stedman said. "Lindy's family, including her husband, have grieved for decades without an answer to who took their loved one. This investigation is active, and there is no guarantee it will ultimately be solved. We do, however, assure we are doing everything we can and that includes the use of cutting-edge technology."

Composites were also created in 2017 in the investigation of Christy Mirack's murder. Mirack was killed in her East Lampeter Township home in December of 1992. That investigation ended with the ideal result: an arrest and conviction of Raymond Rowe, who is now serving a life sentence. District Attorney Stedman cautions not to expect that result, although it is the ultimate goal in any cold case investigation. "This investigation is nearly entering its sixth decade," DA Stedman said. "That is a lot of space in between fresh memories and recollections of events surrounding this tragic death. Individuals with potentially pertinent information – and even the killer - might have passed away by now." The purpose of releasing this information and web address launch is to promote interest and discussions about the case. The composites are just that, composites based on a DNA profile; they are not photographs and the person depicted will likely have different features (hair style, facial hair, scars) in real life.

THE COMPOSITES
The District Attorney's Office hired a Virginia-based private firm, Parabon NanoLabs, to create the composites, also called phenotypes, based on DNA evidence extracted from the crime scene. Parabon also performed the phenotype composite work, along with genealogy work, in the Mirack investigation.

Parabon completed work in the Biechler case in late July and presented the results to the District Attorney's Office and Manor Township police. The lab provided two composites depicting the man at ages 25 and 65 (the man's exact age at the time of the crime is unknown). The lab also provided characteristics of the man, based on scientific conclusions and theories, from the DNA analysis.
Some characteristics of the man who left behind the DNA:
- He is likely fair-skinned;
- He very likely has hazel-colored eyes;
- He almost certainly has dark hair; not blond or red;
- He almost certainly has no freckles; The composites and phenotyping information/characteristics have already been very useful in disqualifying potential persons of interest. To alleviate allegations, we are making it public that DNA evidence and testing has cleared Biechler's husband of being the person who left DNA at the scene.

More information on the composites, how they are created and how they have assisted other national investigations, can be found here: https://snapshot.parabon-nanolabs.com/

We did have genealogy work done by a private company (not Parabon) using a different database from what was involved in the Mirack case. "That analysis has yielded some fairly significant leads, and we continue to work on those," ADA Wilson said.

Potential names/locations of the person believed to be depicted in the composites, or any other information related to this case, would be of great value. "We are hoping the composites generate a memory response," DA Stedman said. "Tips on a potential name could provide the break we need." The webpage will also contain information on the investigation.

THE INVESTIGATION
The Biechler murder has long been one of Lancaster County's most notable unsolved cases. Manor Township has had chief jurisdiction over the crime since it happened. On the heels of the Raymond Rowe arrest, District Attorney Stedman formed a Cold Case Unit to devote resources and individuals to unsolved major crimes. The team is based at the DA's Office and works in tandem with police from municipal departments with jurisdiction over the cases. In this case, Manor Township police Detectives Tricia Mazur and Matthew Wolf, County Detectives Christopher Erb and Larry Martin are primary investigators, with oversight and consultation from Assistant District Attorney Christine Wilson.

Part of the reason Biechler's case was selected for review was the DNA profile left at the crime scene. Throughout the years, there have been several persons of interest. Recently, the investigative team has looked at multiple persons of interest; some of them were essentially cleared by the DNA phenotype work, which also provides nationality and ethnicity attributes. We are not releasing specifics about these individuals. "As of about a week ago, a person we considered under the web of possible persons of interest was cleared," DA Stedman. "There is work being done daily on this case. We could use information from the public. We believe it very likely there are individuals we have not reached who might hold very relevant information."