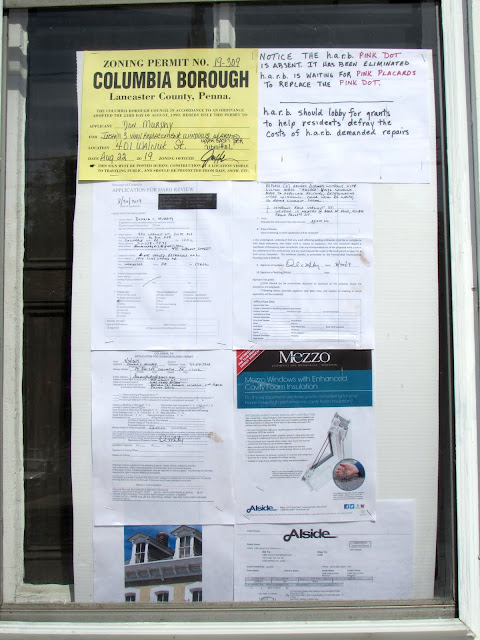 Zoning permit, note and other information displayed at 401 Walnut Street

The photograph above shows a zoning permit with an accompanying note and other information that was posted recently in a window at 401 Walnut Street, a property in the borough's historic district. (Also posted is an Application for HARB Review.)  As the note states, the permit does not display a pink dot - indicating the proposed renovations were not reviewed by the Historic Architectural Review Board (HARB). The note also states that the pink dot "has been eliminated" and will be replaced with a pink placard. However, no such changes were discussed at any recent HARB meeting. A pink placard is typically posted at a property to announce an upcoming HARB review. 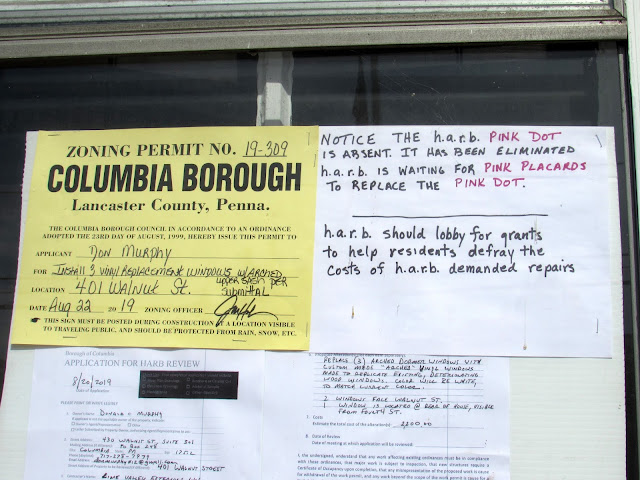 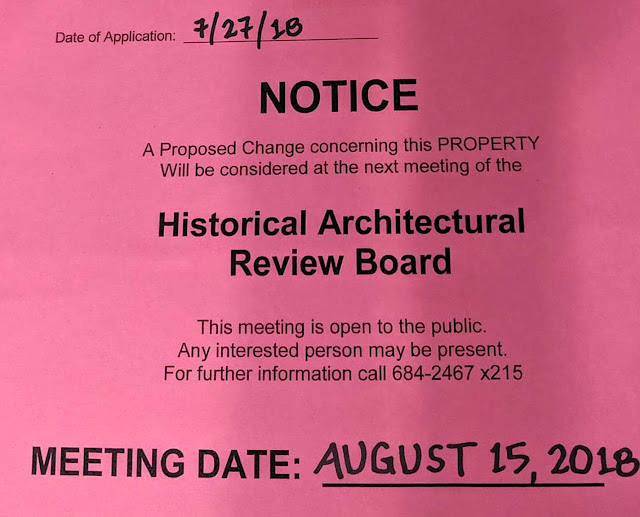 The note also suggests that HARB should lobby for grants to help residents defray the costs of HARB demanded repairs. However, Don Murphy, the name entered on the permit as the applicant, is not a Columbia resident.

At this point, it is unclear who wrote the note.

The additional information posted in the window is not required by the borough to be displayed. 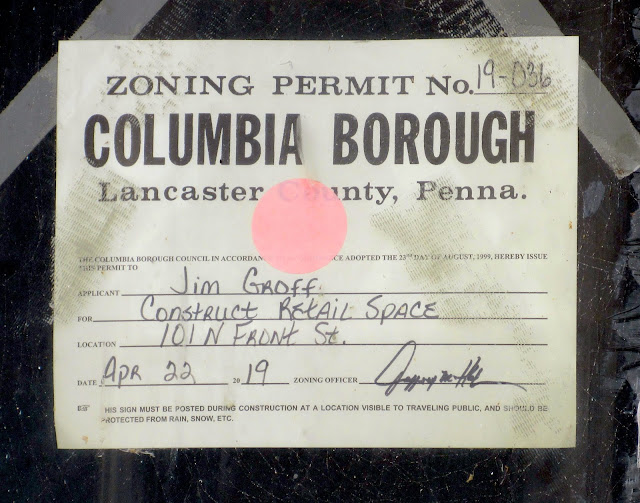 Example of a zoning permit with a pink dot. The pink dot indicates that changes were reviewed by HARB.