Hobie Crystle says prison should be a last resort, not a first response for some offenders 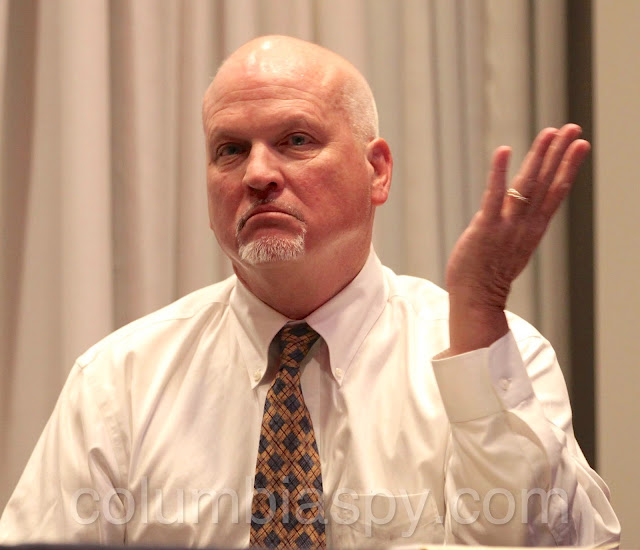 Hobie Crystle says prison should be a last resort, not a first response, and the cash bail system punishes the poor.

Hobie Crystle brought his campaign for district attorney to Columbia on Saturday at a town hall at the National Watch Clock Museum. Crystle explained why he's running for office: to change things from the top down, especially the over-incarceration and over-criminalization of what are fundamentally public health issues. He also wants an end to the cash bail system, which he believes punishes people for being poor.

"What I would do, first of all, is stop locking people up for public health problems," Crystle said. "In Lancaster County, we use prison as the first thing that we do." He cited an example in which someone overdoses but gets charged with paraphernalia or possession of a controlled substance. Crystle cited a recent LNP article stating that the district attorney's office prosecutes more "drug delivery resulting in death" cases than any other county in the country. He believes the threat of such prosecutions not only criminalizes the issue but also causes individuals who are overdosing to flee, because they don't want to be part of a crime scene. In such a case, they're less likely to report it, so more people are going to die. "

Crystle said he would not put people in prison or give them felony drug convictions if they are addicts themselves. "This is a public health crisis. It affects everybody and we have to stop it." He believes that diverting people from prison and getting them into treatment from the beginning will cut the number opioid deaths.

Crystle noted that 70-80% of the people in county prison have either a substance abuse problem or a mental health issue. "We're criminalizing misdemeanors, misbehaviors," he said. "Nobody is going to get better by being told that they're bad, and nobody gets better in a dark, locked-up place." Crystle believes that addicts need to be treated with science-based medical approaches, an undertaking that could be done by diverting resources from the mass incarceration currently being done nationwide. This conversation is being held on a national level, he said, and there is consensus on it. Pennsylvania has some of the highest rates of incarceration, and Lancaster County has one of the highest rates in all Pennsylvania counties.

Crystle also noted that communities engaged in restorative justice programs have a far lower recidivist rate. There is a 70% recidivist rate under the current system according to Crystle. "We need to bring back community service, community-based organizations." According to restorativejustice.org:


"Restorative justice repairs the harm caused by crime. When victims, offenders and community members meet to decide how to do that, the results can be transformational. It emphasizes accountability, making amends, and — if they are interested — facilitated meetings between victims, offenders, and other persons."

Crystle, is a defense attorney with Crystle-Allen Law of Lancaster and previously spent 30 years advocating for criminal defendants on a case-by-case basis. 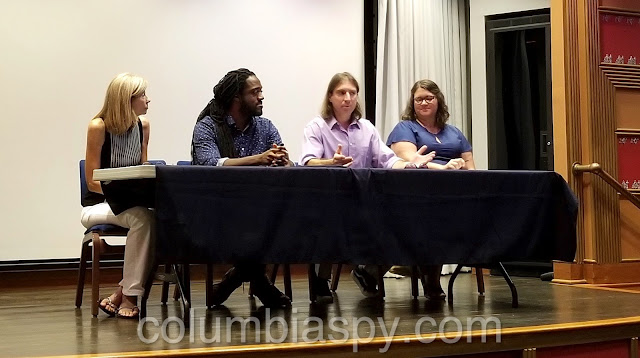 Participating in a panel discussion at the beginning of the town hall were Sharon Lintner, candidate for Columbia Borough Council; Ismail "Izzy" Smith-Wade-El, Lancaster City Councilman; Mark Temons, Democratic Committee District Leader; and Bevan Allen, director of operations for Compass Mark, a science-based addiction prevention organization. Sharon Lintner noted that in 2016, countywide forums were held addressing the opioid crisis. Lintner said that the forums were well-attended and there was a lot of talk, but little action and follow through.

Hobie Crystal is EXACTLY what Lancaster County needs after 10 years of the current d.a. with his lock 'em up mentality, his complete lack of prioritizing prosecutions, his "policy" of NOT turning over exculpatory evidence, his refusal to nolle prosse cases brought by local police - even when there is no victim or damages. Most unconstitutional is Craig Stedman's outright refusal to allow his office to negotiate plea deals with unrepresented (pro se) parties who cannot afford a public defender. Craig Stedman is stuck in the dark ages and has no interest in criminal justice/probation reform and has been BAD for Lancaster County - with zero regard for how taxpayer money should be spent. He definately should NOT be elected as a judge. The ONLY person who thinks he has "done a good job" is him. It's nice to see that someone with empathy...and common sense! ....is running for district attorney. I - and everyone I know - will be voting for Hobie Crystal for District Attorney of Lancaster County. Thank you for your insightful article. -Elaine Keno