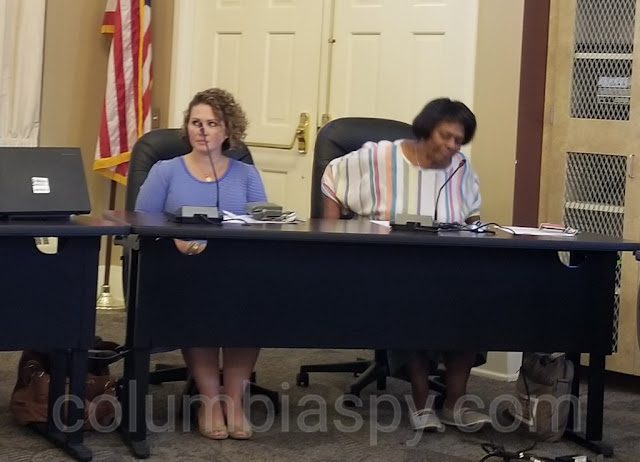 Kate Keyser (left) and Sandra Duncan were appointed to the school board at Thursday night's meeting. 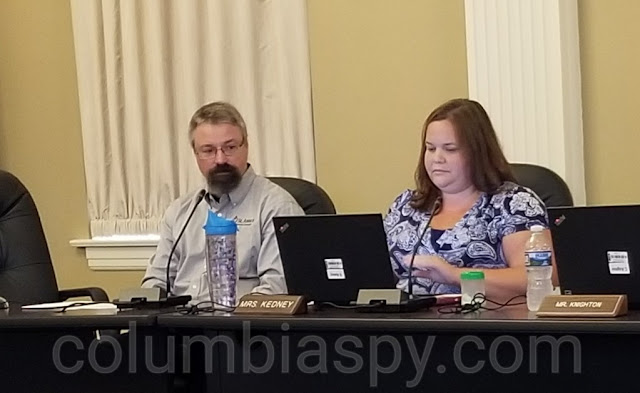 Lester Putt was also appointed to the board. Seated next to him is director Rachel Kedney, who nominated the three new appointees.

At Thursday night's Columbia School Board meeting, it was announced that President Keith Combs resigned his position effective August 15 via a letter dated the same day. (No reason was given for the resignation.)

The board also filled three vacancies by appointing Sandra Duncan, Kate Keyser, and Lester Putt to 3-month terms. Board Director Rachel Kedney selected the three in a single nomination. A fourth candidate, Robert Misciagna, was not nominated. The seats were open due to the resignations of Keith Combs and Jenna Geesey, and the passing of Barry Ford.

why the young man, Robert Misciagna, did not receive nomination appears to be a political ploy. To what political party do all the current members identify? interested in more information. knowing the reasons for the resignation and the process of nomination/election needs to be disclosed and placed on the table for whatever is needed to make sure we have the best of the best advocating for our community's education.
Gary Lake Dylan